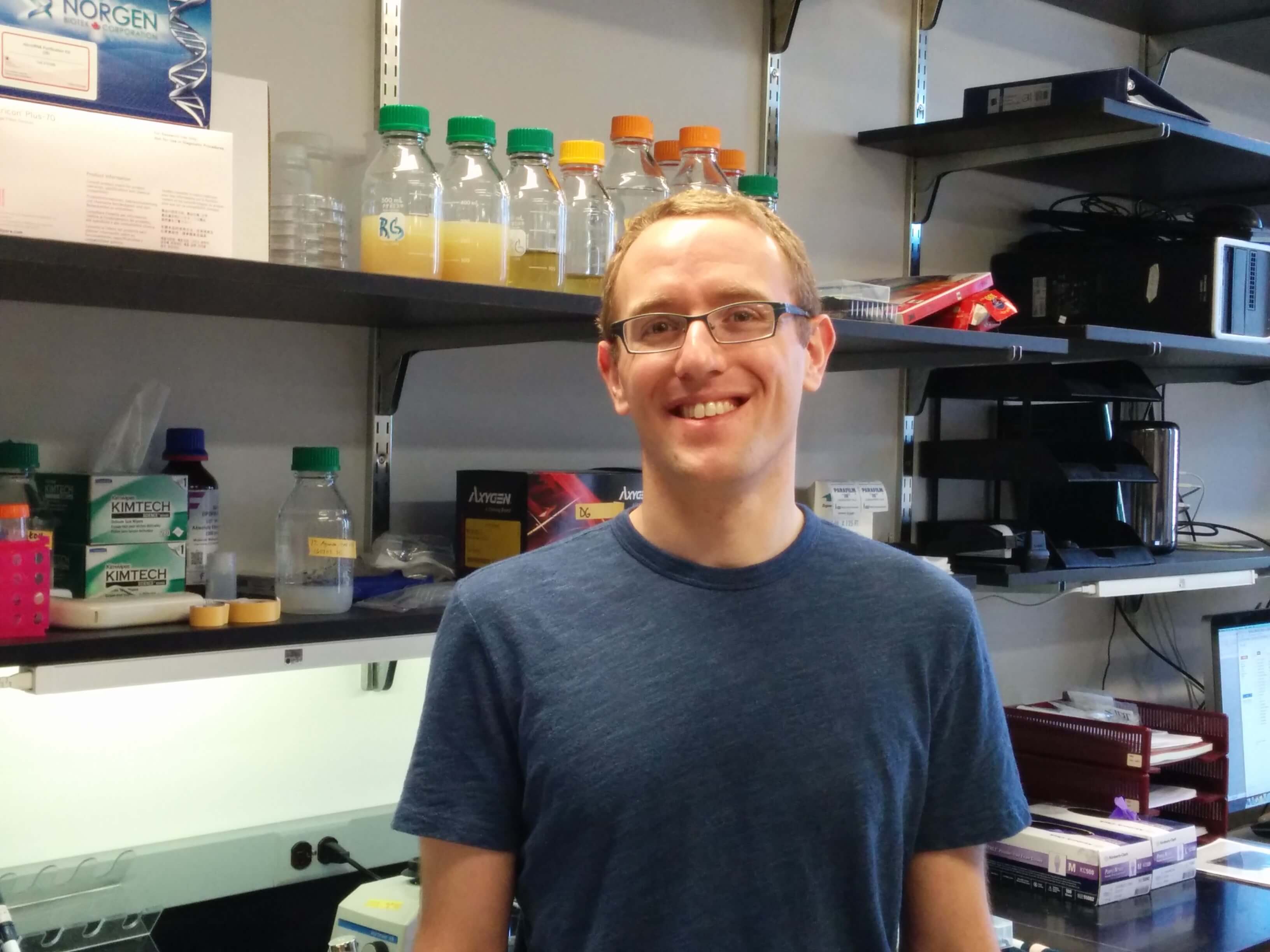 1 2 3
The Damon Runyon Cancer Research Foundation has named two Johns Hopkins trainees winners of the Damon Runyon-Sohn Pediatric Fellowship Award and one the winner of the Damon Runyon Fellowship Award. The recipients will receive a four-year award for a total of $248,000. The Damon Runyon-Sohn Pediatric provides funding to basic scientists and clinicians who conduct research to fight one or more pediatric cancers. The Damon Runyon Fellowship Award encourages the nation's most promising young scientists to pursue careers in cancer research by providing them with independent funding to work on innovative projects that have the potential to impact cancer prevention, diagnosis, and treatment.The recipients will receive a four-year award for a total of $248,000. The awardees are:
Daniel Goldman, Ph.D.
Goldman studies the process of protein synthesis, which is often misregulated in cancer, causing uncontrolled cell growth and proliferation. He is combining high-throughput sequencing technologies with single-molecule imaging in living cells to elucidate the mechanisms by which RNA-binding proteins regulate protein synthesis.
Michael A. Koldobskiy, M.D., Ph.D.
Koldobskiy studies the ways that cancer cells rely on “epigenetic” modifications, or chemical marks that modify the expression of genes without a change in the genetic sequence itself. By dissecting the mechanisms of epigenetic modification in pediatric acute lymphoblastic leukemia, the most common cancer in children, he aims to identify new targets for treatment.
Cara A. Rabik, M.D., Ph.D.
Rabik examines how mutations in the WT1 gene result in methylation changes in acute myeloid leukemia. She is working to identify WT1 target genes and is mapping their methylation landscape in leukemic and normal settings. She will also test drugs designed to cause demethylation to evaluate if these drugs can treat the leukemia caused by mutations in WT1.
Return to Top