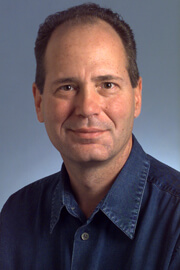 Johns Hopkins pediatric cardiologist and geneticist Hal Dietz, M.D., has been awarded the first Harrington Prize for Innovation in Medicine for his work identifying the cause and a treatment for Marfan syndrome. The award, established this year by the Harrington Discovery Institute at University Hospitals Case Medical Center and the American Society for Clinical Investigation (ASCI), recognizes physician researchers that have made great strides in translating basic research into clinical applications.

Dietz will receive the prize and deliver a lecture at the 2014 ASCI and Association of American Physicians joint meeting on April 26, 2014. This prize includes a $20,000 honorarium. He will also write a review that will appear in the April 2014 issue the Journal of Clinical Investigation.

Dietz, the Victor A. McKusick Professor of Medicine and Genetics and director of the William S. Smilow Center for Marfan Syndrome Research at the Johns Hopkins University School of Medicine, started his career as a pediatrician caring for patients with connective tissue diseases, like Marfan syndrome, a rare genetic disease that affects the bones, joints, lungs, eyes and blood vessels. One particularly dangerous symptom of the disease is that it causes the aorta grow and become fragile, which can lead to tears that can result in death if not promptly repaired with surgery. Frustrated with only being able to deliver palliative care to his patients, Dietz set up a research lab and began searching for the cause of Marfan syndrome, which he attributed to a single abnormal gene, called fibrillin-1. He later found that overgrowth of the aorta could be attenuated with the commonly used blood pressure drug losartan. He continues to direct clinical trials that are investigating whether losartan can treat other symptoms of Marfan syndrome, such as detached cornea and spine curvature.