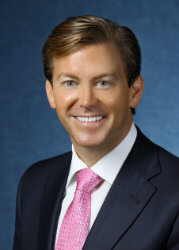 Peter Pronovost, a world-renowned patient safety leader and researcher who’s devoted his career to making hospitals and health care safer for patients by reducing medical errors and preventable patient harm, ranked fifth on this year’s list of the “50 Most Influential Physician Executives in Healthcare.”

For three consecutive years, Pronovost has been named to Modern Healthcare and Modern Physician magazines’ annual list of honorees selected by the publications’ editors and readers for their leadership in various areas of the health care industry, including government agencies, health care systems and professional associations, among others. He jumped 14 spots this year, up from number 19 in 2012.

“Medical errors are one of the leading causes of death and injury in our country, and many of these are preventable,” says Pronovost, who is the senior vice president for patient safety and quality at Johns Hopkins Medicine and director of Johns Hopkins’ Armstrong Institute for Patient Safety and Quality. “It’s an honor to be recognized for our work, and my team and I remain committed to reducing preventable harm among those who trust us with their medical care,” he says.

Pronovost has brought a scientifically rigorous, yet common-sense approach to eliminating medical errors and unnecessary harm, shaping the national conversation about patient safety in the process. His biggest success so far: the much-heralded cockpit-style five-step checklist for doctors and nurses designed to prevent central line-associated bloodstream infections. The simple checklist, coupled with a program that promotes a culture of safety, has transformed the way hospitals across the country and around the world think about bloodstream infections, which have been known to kill more than 30,000 patients a year and sicken many thousands more.

Pronovost has chronicled his patient safety efforts in a 2010 book, Safe Patients, Smart Hospitals: How One Doctor’s Checklist Can Help Us Change Health Care from the Inside Out. He has published more than 500 articles related to patient safety and the measurement and evaluation of safety efforts. He regularly addresses congressional committees on the importance of patient safety, and a report by the U.S. House of Representatives’ Committee on Oversight and Government Reform strongly endorses his ICU infection prevention program. He is an adviser to the World Health Organization’s World Alliance for Patient Safety, and speaks internationally on the need for rigorous measurement and evaluation of patient safety efforts.

In 2008, he was awarded a MacArthur Fellowship, or “genius grant,” from the John D. and Catherine T. MacArthur Foundation, given, the foundation says, to those who “exhibit exceptional creativity” and show promise of making future advances based on a track record of significant accomplishment. That same year, Pronovost was named one of Time magazine’s “100 Most Influential People in the World” for his work in advancing patient safety research. He is the recipient of the 2004 John M. Eisenberg Patient Safety and Quality Award and most recently was named a Gilman Scholar—a prestigious designation awarded to Johns Hopkins University faculty and staff who promote the highest standards of scholarship and research in the sciences and humanities.

For more information on the Johns Hopkins Armstrong Institute for Patient Safety and Quality: