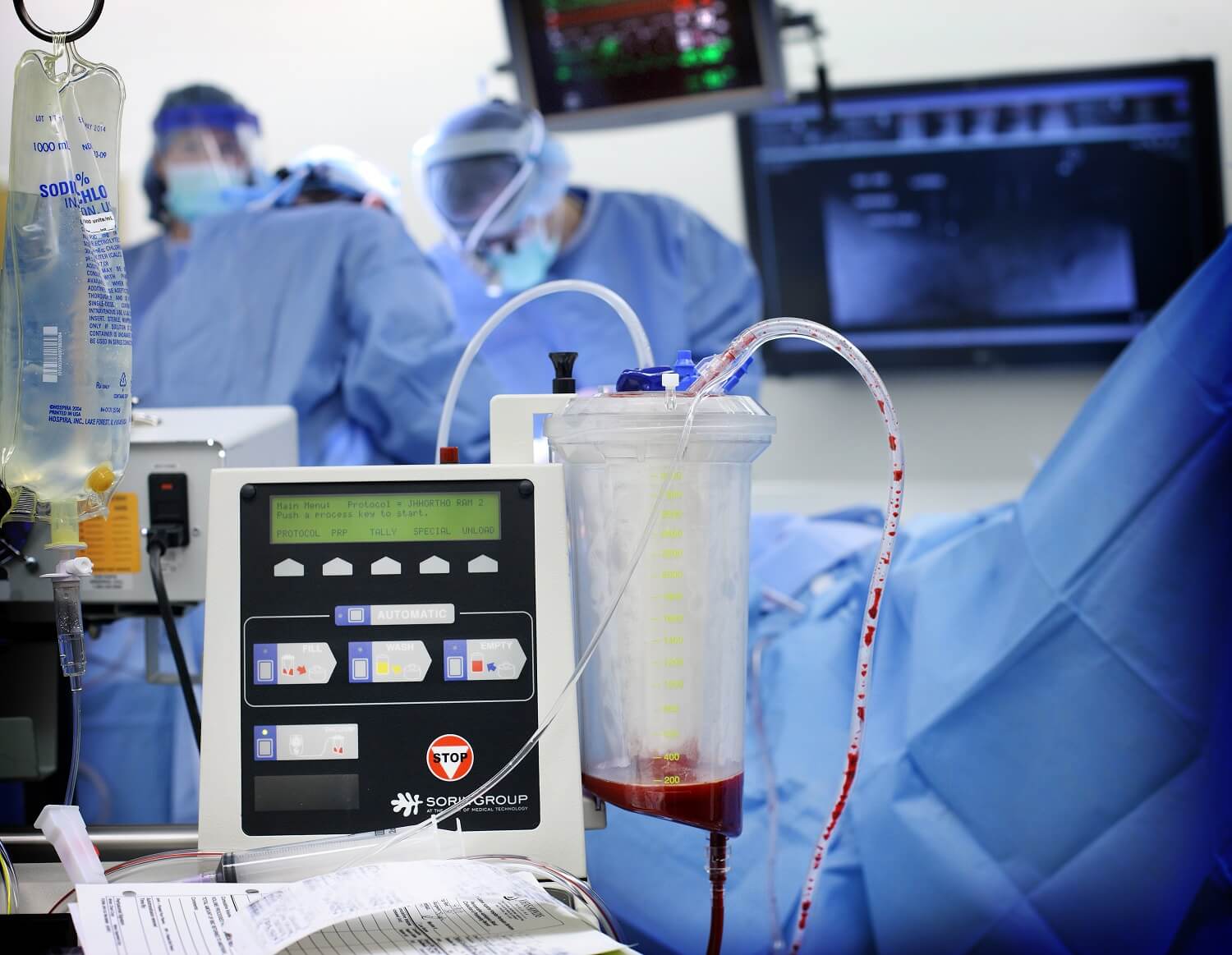 A five-year effort across the Johns Hopkins Health System to reduce unnecessary blood transfusions and improve patient care has also resulted in an annual cost savings of more than $2 million, researchers report.

A summary of the blood management program, published September 7 in the Online First edition of Anesthesiology, the peer-reviewed medical journal of the American Society of Anesthesiologists, details the development and implementation of the program, which quality improvement experts at Hopkins say can be adopted elsewhere by other health systems.

“Hospitals across the country are merging into health systems in part to realize economies of scale by improving quality,” says Steven Frank, M.D., professor of anesthesiology and critical care medicine at the Johns Hopkins University School of Medicine and the paper’s first author.

“Our experience with a patient blood management program shows that it’s feasible to do that,” he adds.

According to the Joint Commission, a nonprofit organization that accredits health care organizations and programs in the United States, blood transfusions are one of the top five most overused procedures, in addition to being the most common procedure performed in U.S. hospitals. Beyond the costly misuse of sometimes scarce blood resources, transfusions may carry side effects and harms, so efforts to reduce their use overall are a patient safety issue.

Initiatives such as Choosing Wisely, which focus on reducing unnecessary tests and procedures and are endorsed by multiple professional societies, have further focused on blood transfusions as a target for reduction.

At the start of the new program, the five adult hospitals that comprise the Johns Hopkins Health System spent nearly $30 million each year for blood, an amount that did not include overhead costs of collection, storage and administrative expenses. Those costs alone can increase the blood costs three- or four-fold, he says.

The new patient blood management (PBM) program was launched in January 2012 at The Johns Hopkins Hospital, the system’s flagship institution, with a clinical education program.

The educational outreach consisted of live, in-person Grand Rounds presentations to various clinical departments to inform physicians, nurses and others about hospital transfusion policy guidelines and the results of eight published landmark studies that support reduced use of transfusions.

“Our premise is that doctors don’t want to be told how to practice medicine by computer pop-up alerts; they would rather hear about the studies supporting the guidelines,” says Frank. In July 2014, The Johns Hopkins Hospital entered phase two of the program by forming a blood management “clinical community,” a physician-led, self-governing network of stakeholders who work together to promote best practices across the health system.

The network was composed of clinicians from multiple disciplines across all five hospitals, ranging from surgery to obstetrics/gynecology. After the educational campaign was rolled out, a series of well-designed pop-up alerts was launched at all five hospitals to encourage guideline compliance.

The single most effective intervention, says Frank, was the “Why give 2 when 1 will do?” campaign to encourage single-unit transfusions, which resulted in a 49 percent decrease in multiunit orders. The number of red blood cell units transfused per 1,000 patients decreased by 19.8 percent, while plasma transfusions decreased by 38.9 percent and platelets by 15.6 percent.

For the past fiscal year, blood acquisition cost savings were $2,120,273, which marked a 400 percent return on investment for the PBM program, Frank says.

“The most effective way to change practice is through education,” says Frank. Despite the fact that all eight landmark studies support that “less is more” for transfusion, many providers had not seen these studies and were unaware of current best practices.

In addition to education, feedback is another important aspect of quality improvement program success, he says. Part of the PBM program includes sending more than 600 providers monthly or quarterly reports showing their individual guideline compliance rates and comparison to peers.

Frank is now working with NYU Langone Health and Cleveland Clinic on a publication to educate other health systems across the country about how they can improve their transfusion utilization. Their guide is one of a series of peer-reviewed implementation guides co-authored by faculty from the High Value Practice Academic Alliance (HVPAA), a national coalition created by the Johns Hopkins University School of Medicine. Faculty from more than 80 academic institutions representing 15 medical specialties and subspecialties have joined HVPAA to advance evidence-based quality improvement in hospital care. Additional reports being co-authored by HVPAA faculty from multiple institutions aim to reduce ineffective blood tests for diagnosing heart attacks, routine daily lab tests, antibiotics for asymptomatic bacteriuria and inappropriate Clostridium difficile testing.

Visit the HVPAA website for more information or to register for the HVPAA inaugural national research and education symposium Oct. 8 – 9 in Baltimore.