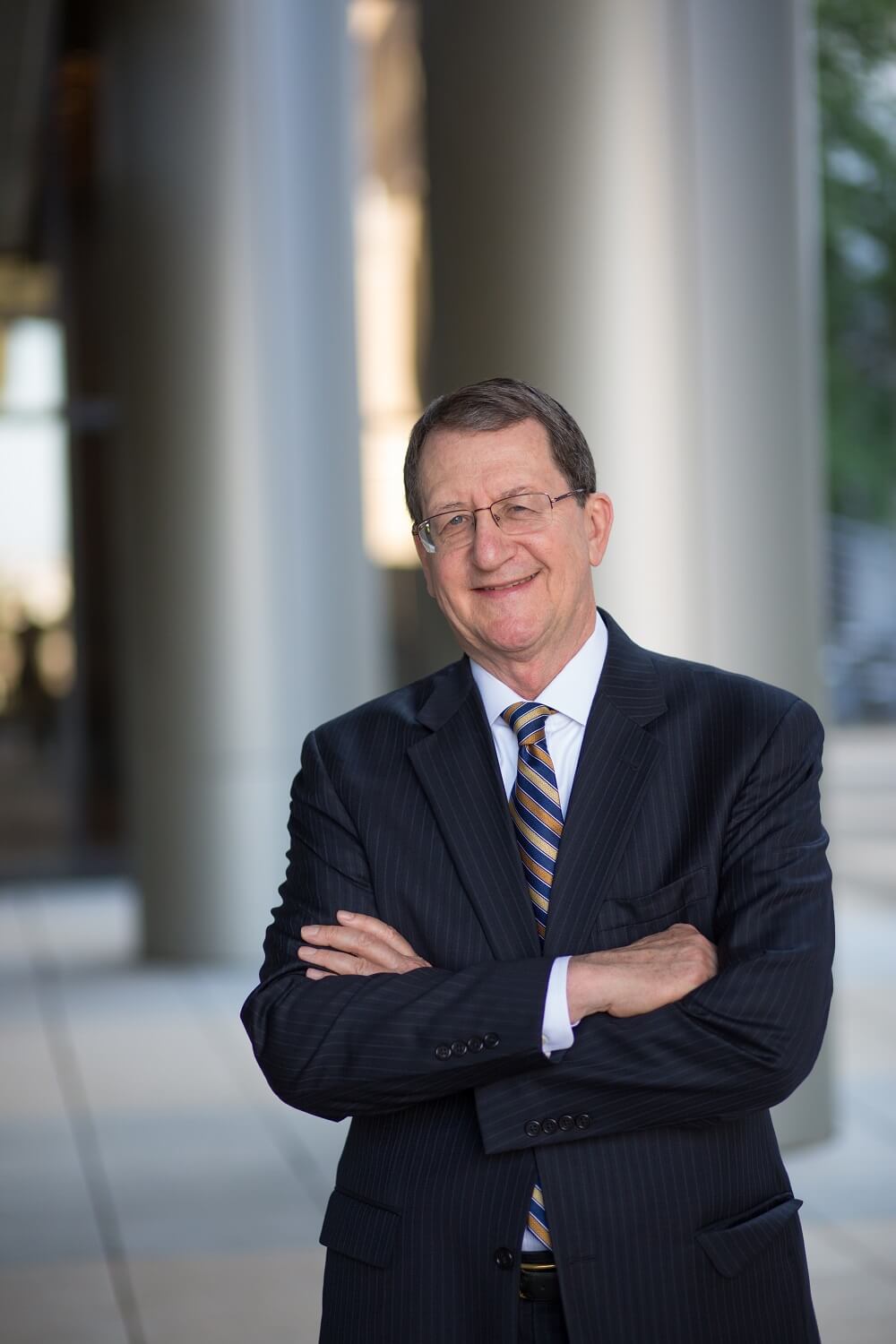 In an announcement to staff, employees learned of Peterson’s plans to retire accompanied by expressions of gratitude from Paul B. Rothman, M.D., dean of the medical faculty and CEO of Johns Hopkins Medicine, who also summarized Petersons contributions to the institution.

“In the life of an institution, there are leaders who leave such a deep and distinctive imprint that their influence spans well beyond the bounds of their career,” Rothman wrote. “Beyond any question, Ron has been instrumental to the success of this organization, and I have a profound appreciation for all of his contributions.”

When Johns Hopkins entered into a management contract to run Baltimore City Hospital, Peterson was appointed executive director. He led a dramatic revival, updating the physical campus and transforming a $7 million loss per year into a healthy bottom line. The hospital, now known as Johns Hopkins Bayview Medical Center, was acquired by Hopkins in 1984 and Peterson was named president.

In 1986, Peterson was instrumental in the acquisition of the former U.S. Public Health Service Hospital, Wyman Park. This ultimately led to what would become the U.S. Family Health Plan, and to the establishment of Johns Hopkins’ primary care organization, now known as Johns Hopkins Community Physicians.

Through his early leadership roles, Ron became known as a “fiscal surgeon” for his ability to manage financially challenged organizations. So it was no surprise when he was chosen to be executive vice president and chief operating officer of the health system in 1995. A year later, he was officially named president of The Johns Hopkins Hospital and Health System.

When the school of medicine and health system came together under the Johns Hopkins Medicine banner, Peterson was appointed executive vice president of that new organization.

“He helped build a truly integrated academic health system with joint decision-making and a shared vision, which has given us a strategic advantage in this time of change in health care,” says Rothman.

Under his leadership as president of The Johns Hopkins Hospital, a role he held for 19 years until July 2016, he oversaw the opening of a new comprehensive cancer center and undertook one of the most expansive private building campaigns in Maryland history, culminating in two new state-of-the-art hospital towers for adult and pediatric patients.

With Ron’s leadership, Johns Hopkins has offered a second chance at employment to hundreds of ex-offenders and rallied Baltimore-area businesses to hire and buy locally. Among his many civic activities, Peterson serves as vice chairman of the Governor’s Workforce Investment Board and as a member of the boards of the Maryland Business Roundtable for Education, the Living Classrooms Foundation, the Greater Baltimore Committee and the Center Club. He is a former board member of Big Brothers Big Sisters of the Greater Chesapeake, the Maryland Hospital Association, the United Way of Central Maryland, the Council of Teaching Hospitals of the AAMC, and the University Health System Consortium.

These undertakings have earned him many honors, including induction in the Maryland Chamber of Commerce’s Business Hall of Fame, distinguished alumnus awards from The Johns Hopkins University and the George Washington University School of Public Health, the community service award from Chabad, the Freeman Hrabowski Visionary Leadership Award, the Governor’s International Leadership Award and the Greater Baltimore Committee’s Walter Sondheim Public Service Award. In 2016, Loyola University named him Business Leader of the Year and the Daily Record honored him as one of its Influential Marylanders.

“Despite his litany of accolades, Ron is the type of leader who is not motivated by individual ambition, but rather a desire to be the very best steward of our tradition of excellence, our collegial community, and of course, our mission to improve lives,” says Rothman. “He will be dearly missed.”

As president emeritus of the Johns Hopkins Health System, Peterson will serve for at least one year as special advisor to the dean of the medical faculty and CEO of Johns Hopkins Medicine.