Infections, Antibiotic Use Linked to Manic Episodes in People with Serious Mental Illness - 07/20/2016

Infections, Antibiotic Use Linked to Manic Episodes in People with Serious Mental Illness 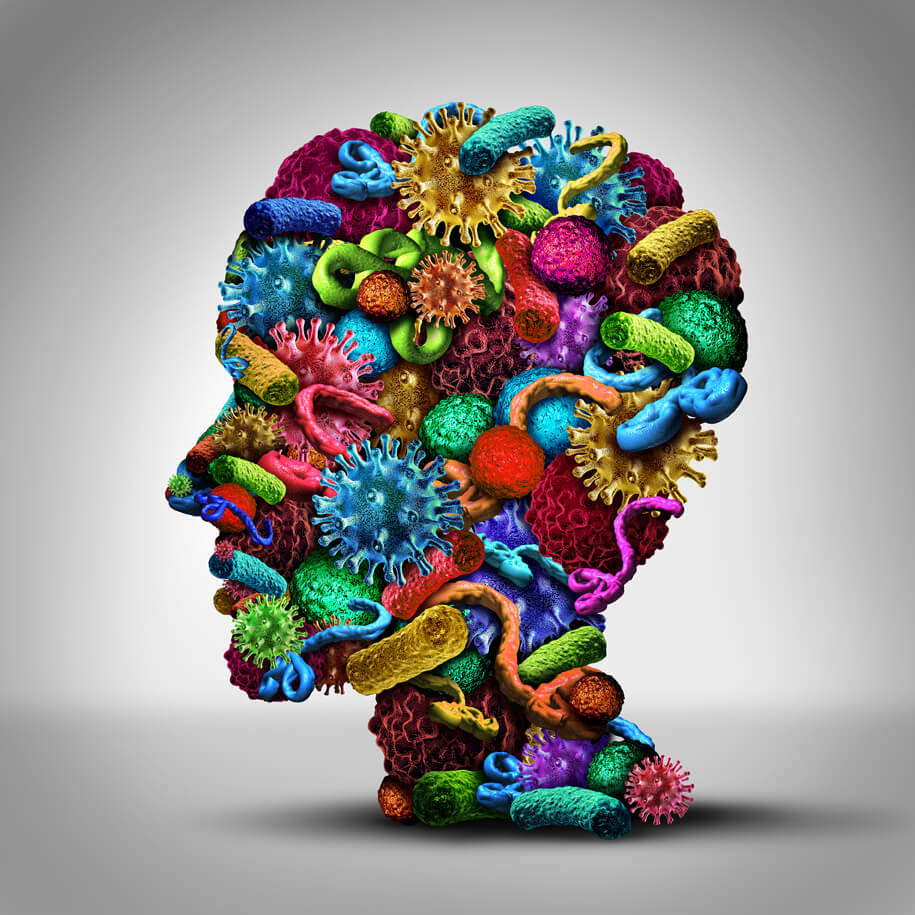 In research using patient medical records, investigators from Johns Hopkins and Sheppard Pratt Health System report that people with serious mental disorders who were hospitalized for mania were more likely to be on antibiotics to treat active infections than a group of people without a mental disorder.

Although the researchers caution that their study does not suggest cause and effect, they note that it does suggest that an infection, use of antibiotics or other factors that change the body’s natural collection of gut and other bacteria may individually or collectively contribute to behavioral changes in some people with mental disorders.

Their findings, published July 18 in Bipolar Disorders, add to evidence that the body’s immune system, the so-called gut brain axis, and the particular bacterial microbiome each person has play an integral part in the ebb and flow of psychiatric symptoms and psychiatric disorders, including bipolar disorder and schizophrenia.

“More research is needed, but ours suggests that if we can prevent infections and minimize antibiotic treatment in people with mental illness, then we might be able to prevent the occurrence of manic episodes,” says Robert Yolken, M.D., the Theodore and Vada Stanley Distinguished Professor of Neurovirology in Pediatrics at the Johns Hopkins University School of Medicine. “This means we should focus on good-quality health care and infection prevention methods for this susceptible population and pay extra attention to such things as flu shots, safe sex practices and urinary tract infections in female patients.”

Yolken says his team’s study grew out of an interest in long-observed connections among infections, the microbiome and symptoms of mental illness. For example, numerous studies have shown that experimental alterations in the microbiome of animals can alter their behavior.

Because antibiotics kill bacteria and can disrupt the makeup of the microbiome, Yolken and his  research colleagues looked at records of antibiotic use in patients treated at the Sheppard Pratt— a psychiatric hospital  in Baltimore — either as an inpatient or day hospital patient. Just over 64 percent of the patients were female, and all were 18 to 65. Two hundred and thirty-four people were hospitalized for mania, 101 for bipolar disorder, 70 for major depression and 197 for schizophrenia. Patients taking antibiotics were receiving a wide range of medications, including tetracycline, penicillin, sulfonamide, cephalosporin, fluoroquinolone and macrolides for skin, respiratory, urinary tract and mouth infections.

For comparison, they surveyed 555 healthy controls ruled not to have a mental disorder, including 347 women and 208 men between the ages of 20 and 60, about their current antibiotic use.

The researchers examined antibiotic usage as an indirect way to measure for the presence of infection. Antibiotic usages were assessed through medical records with the patients and through an interview with participants in the comparison group.

The researchers investigated whether the site of infection, such as mouth, skin or respiratory system, correlated with hospitalization, and they found that location of the infection didn’t seem to matter, although 15 women had urinary tract infections, which didn’t occur in any men.

Yolken says there are several ways that infection and antibiotic use could directly or indirectly impact psychiatric symptoms. Among the possibilities are that systemic inflammation caused by the infection itself may lead to psychiatric symptoms or, alternatively, that antibiotics disrupt the gut’s microbiome by killing off “good bacteria,” which may also affect the mind by increasing inflammation if more “bad bacteria” are present.

Yolken says that the research team is currently looking for how these connections might actually work. One study is investigating, for example, whether suppressing inflammation in the gut with probiotics in people with mental illness will reduce the recurrence of manic episodes.