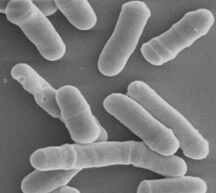 Johns Hopkins scientists have revealed a new way that cells respond to the challenge of low oxygen. A report on the discovery about how the fission yeast Schizosaccharomyces pombe regulates its genes in hypoxic conditions appears online October 20 in Molecular Cell.

S. pombe, a single-celled organism used as a discovery tool to reveal cellular processes often shared with humans, controls the flow of genetic information in response to low oxygen with a protein called Sre1, the Hopkins team showed previously. Sre1 in fission yeast is turned on when oxygen in the environment is low, and off when there’s sufficient oxygen. To investigate how that happens, the Hopkins team dissected the signaling pathway in search of the switch.

“We found out that under conditions when Sre1 levels don’t change, this protein jumped onto DNA in the nucleus only under low oxygen conditions; otherwise, it was not on DNA,” explains Peter J. Espenshade, Ph.D., an associate professor in the Department of Cell Biology at the Johns Hopkins University School of Medicine.

The reason is Ofd1, a protein whose function is not well understood, but which appears to be a direct sensor of oxygen, Espenshade says. When oxygen is sufficient, Ofd1 attaches to Sre1, thereby preventing its binding with DNA and activation of genes.

To monitor the arrival of Sre1 to DNA, the team grew fission yeast cells, first in the presence of oxygen, and gradually shifted them to lower oxygen conditions. After set amounts of time, the cells were treated with a chemical that causes proteins to irreversibly attach to DNA. The cells were then broken open and the scientists reached into the complex mixture of protein and DNA, fished out Sre1 and measured how much DNA was bound to it.

“We knew which genes were turned on during hypoxic conditions, so we knew where Sre1 was going when oxygen was low; but we wondered when it was arriving there,” Espenshade says.

The team saw that Sre1 bound with DNA after only 10 minutes of exposure to low oxygen conditions.

“The fact that this was such a rapid response gave us confidence that it was a real and important mechanism for the cell to control hypoxic gene expression,” Espenshade explains.

This new paradigm is in stark contrast to what’s understood about how mammalian cells regulate gene expression in response to low oxygen, which is regulated by changing the levels of a protein known as hypoxia inducing factor, or HIF.

“The discovery of this new mechanism in fission yeast opens the door to the possibility that this also occurs in mammalian cells,” Espenshade says. “By showing that Ofd1 is an oxygen sensor and specifically binds proteins in the presence of oxygen, but not the absence of it, we now have a head start as we figure out what’s going on in human cells.”

The research was supported by the National Institutes of Health and the American Heart Association.

Authors on the paper from Johns Hopkins, in addition to Espenshade, are Chih-Yung S. Lee and Tzu-Lan Yeh; also, Bridget T. Hughes, currently of the Fred Hutchinson Cancer Research Center.

Related Stories:
Peter Espenshade on how the body senses cholesterol, research surprises, and the future of medical research