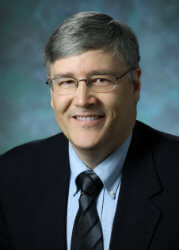 Better-educated people appear to be significantly more likely to recover from a moderate to severe traumatic brain injury (TBI), suggesting that a brain’s “cognitive reserve” may play a role in helping people get back to their previous lives, new Johns Hopkins research shows.

The researchers, reporting in the journal Neurology, found that those with the equivalent of at least a college education are seven times more likely than those who didn’t finish high school to be disability-free one year after a TBI serious enough to warrant inpatient time in a hospital and rehabilitation facility.

The findings, while new among TBI investigators, mirror those in Alzheimer’s disease research, in which higher educational attainment — believed to be an indicator of a more active, or more effective, use of the brain’s “muscles” and therefore its cognitive reserve — has been linked to slower progression of dementia.

“After this type of brain injury, some patients experience lifelong disability, while others with very similar damage achieve a full recovery,” says study leader Eric B. Schneider, Ph.D., an epidemiologist at the Johns Hopkins University School of Medicine’s Center for Surgical Trials and Outcomes Research. “Our work suggests that cognitive reserve ¬— the brain's ability to be resilient in the face of insult or injury — could account for the difference.”

For the study, the researchers studied 769 patients enrolled in the TBI Model Systems database, an ongoing multi-center cohort of patients funded by the National Institute on Disability and Rehabilitation Research. The patients had been hospitalized with a moderate to severe TBI and subsequently admitted to a rehabilitation facility.

Schneider says researchers don’t currently understand the biological mechanisms that might account for the link between years of schooling and improved recovery.

“People with increased cognitive reserve capabilities may actually heal in a different way that allows them to return to their pre–injury function and/or they may be able to better adapt and form new pathways in their brains to compensate for the injury,” Schneider says. “Further studies are needed to not only find out, but also to use that knowledge to help people with less cognitive reserve.”

Meanwhile, he says, “What we learned may point to the potential value of continuing to educate yourself and engage in cognitively intensive activities. Just as we try to keep our bodies strong in order to help us recover when we are ill, we need to keep the brain in the best shape it can be.”

Adds Stevens: “Understanding the underpinnings of cognitive reserve in terms of brain biology could generate ideas on how to enhance recovery from brain injury.”

Schneider has pending patents on a treatment for acute central nervous system injury, which are not related to the content of this manuscript. Stevens has received funding from the Defense Advanced Research Projects Agency, the Department of Defense and the Johns Hopkins Brain Sciences Institute.