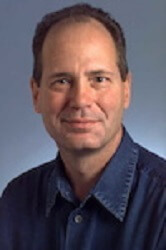 Hal Dietz, M.D., of the Johns Hopkins University School of Medicine, has received the 2015 Research Achievement Award from the American Heart Association “for lifesaving discoveries related to the cause and treatment of aortic aneurysm, a disorder that contributes to death in up to 2 percent of individuals in industrialized nations of the world.”

“In a significant series of revelations, Dr. Dietz’s laboratory has shown that, contrary to prevailing belief, aortic aneurysms are not caused by an inherent weakness of the aorta’s extracellular matrix but by a more complex combination of genetic and biochemical factors,” said American Heart Association President Mark Creager, M.D., as he presented the award, a citation and $2,500 honorarium.

Dietz received the honor on Nov. 9 during the opening ceremonies of the American Heart Association Scientific Sessions 2015 in Orlando, Florida. He is the Victor A. McKusick Professor of Medicine and Genetics, a Howard Hughes Medical Institute investigator, and director of the William S. Smilow Center for Marfan Syndrome Research at Johns Hopkins.

Dietz’s studies of mice genetically engineered to have Marfan syndrome, which brings a high risk of aortic aneurysm, showed that Marfan is initiated by a deficiency of a structural protein, fibrillin-1. This deficiency triggers cellular changes, including excess growth factor activity, and further studies in humans showed that the drug losartan can reduce abnormal aortic growth in children with the most severe form of Marfan. Genetic testing can identify patients who can benefit from earlier aortic surgery to prevent life-threatening complications, the researchers found.

“Dr. Dietz and his associates have played seminal roles in establishing individualized diagnostic practices and management protocols for the treatment of patients with diverse and devastating cardiovascular diseases involving aortic abnormalities,” Creager said. “His discoveries and the medical practice-changing results of his research have led to greatly improved outcomes in patients with vascular disorders and are worthy of high recognition.”

Dietz says of the award: “I am greatly honored to be recognized by the American Heart Association, an organization with a venerable history and a tradition of excellence. I am immensely grateful to my collaborators and trainees who made critical contributions to this research.”