A handful of programs may help some dieters, but a new review of thousands of studies finds sparse evidence for long-term benefits
Release Date: April 6, 2015 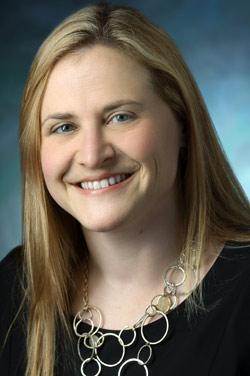 In a bid to help physicians guide obese and overweight patients who want to try a commercial weight-loss program, a team of Johns Hopkins researchers reviewed 4,200 studies for solid evidence of their effectiveness but concluded only a few dozen of the studies met the scientific gold standard of reliability.

In a review of the best research available through late 2014, the results suggest that only a few programs have shown that their users lose more weight than those not using them. The findings are published in the April 6 Annals of Internal Medicine, along with a call for more rigorous tests of the programs for longer periods of time so effectiveness can be better judged.

“Primary care doctors need to know what programs have rigorous trials showing that they work, but they haven’t had much evidence to rely on,” says Kimberly Gudzune, M.D., M.P.H., an assistant professor of medicine and a weight-loss specialist at the Johns Hopkins University School of Medicine. “Our review should give clinicians a better idea of what programs they might consider for their patients.”

Among the findings, the investigators found that of 32 major commercial weight-loss programs marketed nationwide, only 11 have been rigorously studied in randomized controlled trials. And from these studies, they say they found only two programs are supported by gold-standard data showing that participants, on average, lost more weight after one year in these programs than people who were either dieting on their own, got printed health information, or received other forms of education and counseling sessions.

Moreover, they wrote that results in those programs were generally “modest,” with participants losing on average between 3 and 5 percent more than the studies’ control groups of nonprogram participants. Because of the way weight loss is generally tracked in research, the team did not gauge the average number of pounds lost in each program, Gudzune says.

“Clinicians could consider referring patients who are overweight or obese to Weight Watchers or Jenny Craig. Other popular programs, such as NutriSystem, show promising weight-loss results, but additional studies evaluating long-term outcomes are needed,” according to the published report.

For the study, the researchers collected peer-reviewed research articles from two major research literature databases and the weight-loss programs themselves. To aid their search for reliable evidence, they focused their review on studies that ran for 12 weeks or longer, and on randomized controlled trials, which assigned participants either to a commercial program or a less intensive option offering educational handouts, counseling sessions or no assistance, depending on the study design.

Because the majority of weight-loss programs have never been studied in randomized clinical trials, the researchers say, they ended up with 39 trials covering 11 programs. Included were three high-intensity programs — Weight Watchers, Jenny Craig and NutriSystem — which incorporate goal setting, self-monitoring, nutritional information and counseling. Three very-low-calorie meal replacement programs — HMR, Medifast and OPTIFAST — were also included, along with five self-directed programs — Atkins, SlimFast, and the Internet-based Biggest Loser Club, eDiets and Lose It!

The researchers cautioned that not all the studies in any category were equally well designed. And since they found few studies that ran 12 months or longer, it was often unclear how many participants sustained their weight loss over the long term.

“We want people to experience the health benefits of weight loss — lower blood pressure, cholesterol and blood sugar, and lower risk of developing diseases like diabetes,” says Jeanne Clark, M.D., M.P.H., the Frederick Brancati, M.D., M.H.S., Endowed Professor of Medicine, director of the Division of Internal Medicine and a study co-author. “Those benefits are long-term goals; losing weight for three months, then regaining it, has limited health benefits. That’s why it’s important to have studies that look at weight loss at 12 months and beyond.”

Based on their analysis of the studies, the researchers found Jenny Craig and Weight Watchers were backed by clinical trials that lasted 12 months or longer and showed program participants had a greater weight loss than nonparticipants. “Given these findings,” the authors write, “it may be reasonable for clinicians to refer patients to Weight Watchers or Jenny Craig.” NutriSystem also produced more weight loss at three months than counseling or education alone, but the authors were unable to find any long-term trials of that program. Participants in the very-low-calorie meal replacement programs lost more weight than nonparticipants in trials lasting from four to six months. But the authors found only one long-term study, which showed no benefit from such a program at 12 months. The authors noted that very-low-calorie programs also carry higher risks of complications, such as gallstones.

Programs based on the Atkins diet — high in fat, low in carbohydrates — also helped people lose more weight at six months and 12 months than counseling alone. The approach “appears promising,” the authors write. No definite conclusions could be made about Slim-Fast and the Internet-based programs.

The researchers also tallied the costs of the commercial programs, which ranged from zero for Web-based weight-loss apps to between $570 and $682 per month for programs that require clients to buy replacement meals.

Two-thirds of U.S. adults are overweight or obese, and nearly two-thirds of adults say they have tried to lose weight. Weight-loss programs were a $2.5 billion-per-year business in 2014, and the industry is expected to grow. Federal matching funds provided by the Affordable Care Act make obesity screening and counseling available to people covered by federal health insurance exchanges and some Medicaid recipients. Some private insurers may phase in similar coverage. As a result, physicians across the country will be referring more patients to weight-loss services in coming years, the Johns Hopkins experts say.

This research was funded by grants from the National Heart, Lung and Blood Institute; the National Institute of Diabetes and Digestive and Kidney Diseases; the JHU-UMD Diabetes Research Center; and the Dean’s Office Summer Research Funding.

A video accompanies this story and is available for download.

We are providing it and a suggested audio introduction and tag with the understanding that they will be used only to help illustrate the story in the corresponding news release. Please credit Johns Hopkins Medicine. If there is anything else you need, please email us at JHMedia@jhmi.edu. Thank you.