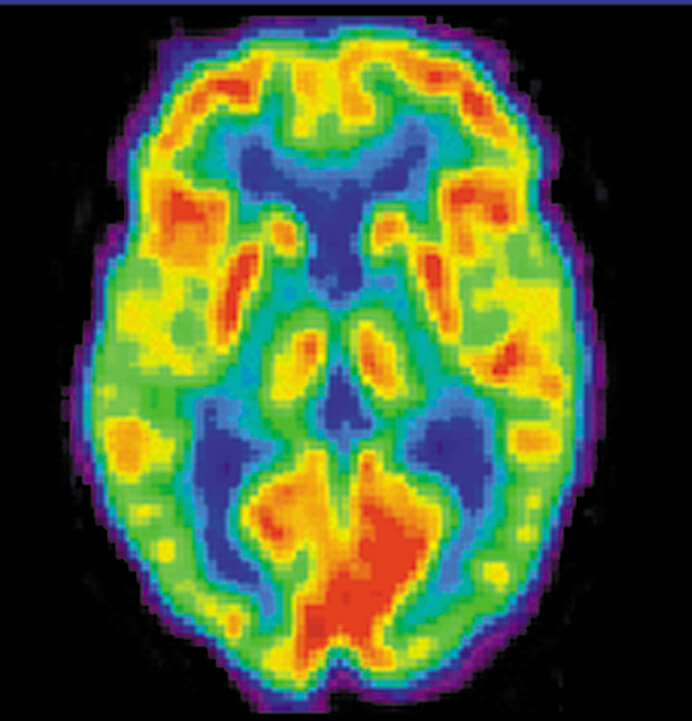 In a small study of young or recently retired NFL players, researchers at Johns Hopkins report finding evidence of brain injury and repair that is visible on imaging from the players compared to a control group of men without a history of concussion.

In a report on the study that used positron emission tomography (PET) and MRI, published in JAMA Neurology on Nov. 28, the researchers highlighted the value of PET imaging to monitor a marker of injury and repair in the brains of NFL players and athletes in other contact sports.

The new research builds on a rising tide of anecdotal evidence and a few scientific studies suggesting   that people with repeated concussive head injuries incurred while playing football, hockey or boxing are at higher-than-normal risk of developing the neurodegenerative disease called chronic traumatic encephalopathy (CTE). CTE is associated with memory deficits, confusion, poor decision-making and later onset of dementia.

However, because CTE is often only diagnosed at autopsy, and because similar symptoms may occur in people without repeated head injuries, researchers, including those at Johns Hopkins Medicine, have been developing methods to better visualize tissue damage in the living brain to demonstrate better cause and effect.

“The exciting part of our new findings is that we now believe we have a useful tool to monitor the brains of NFL players and athletes in other contact sports,” says Jennifer Coughlin, M.D., assistant professor of psychiatry and behavioral sciences at Johns Hopkins. “We can measure TSPO, a PET biomarker of brain injury, in these younger players, and we can now begin to follow it over time to see if the brain is repairing itself or not.”

In early 2015, the Johns Hopkins research team published PET imaging results showing higher levels of this same biomarker in the brains of nine elderly former NFL players compared to control participants. However, since they initially studied elderly players who were many years from play, the researchers were unable to tell if the findings were also linked to aging and vascular disease, independent of past NFL play.

For the new study, the researchers collected PET imaging data from 11 men without a history of concussion and compared the scans to those of 12 young NFL players, all of whom were still active or had retired within the past 12 years. All players had a self-reported history of at least one concussion. These players were an average age of 31 years old. About 80 percent were Caucasian and 20 percent were African-American. The control participants were matched to the players by body mass index, age and education level.

The PET imaging was acquired using a radioactive chemical that binds to translocator protein 18 kDa (TSPO), which is normally found at low levels in healthy brain tissue. Since TSPO is increased during cellular response to brain injury, high levels of the TSPO signal on each PET scan can indicate where injury and reparative processes occur.

The researchers found higher radiotracer binding to TSPO in players compared to control participants in eight of the 12 brain regions studied. These regions included the hippocampus, a region functionally involved in memory.

“We suspect that when the brain moves during a hard hit, it causes a shearing injury of the white matter fibers that travel across the brain,” says Coughlin.

Coughlin cautioned that there are some limitations to the imaging technique. For example, the radiotracer used in the PET scans doesn’t work well in people with a specific variation in the gene that codes for TSPO protein, which occurs in about one in 10 people of European descent. Also, the researchers observed that use of creatine supplements — taken by athletes to improve performance — may interfere with the imaging results, necessitating further study of this effect before including participants taking creatine.

“With further research using this technology, we may better understand the relationship between concussion and brain damage,” says Coughlin. “Further understanding may help inform players of associated risk, and will allow us to test preventive and therapeutic interventions that may improve the lives of players.”

According to Centers for Disease Control and Prevention estimates, anywhere from 1.6 to 3.8 million concussions happen each year in the U.S. because of sports or recreational activities.

The study was funded by the Brain and Behavior Research Foundation, the Alexander Wilson Schweizer Fellowship, the National Institute of Environmental Health Sciences (NIEHS-ES007062) and the GE/NFL Head Health Challenge. The funders had no role in designing, conducting or reporting on the study results.