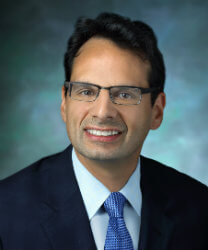 Hackam will assume the role in September as the Robert Garrett Professor of Pediatric Surgery, holding additional professorships in oncology and pediatrics. He will work closely with Johns Hopkins’ Pediatrician-in-Chief George Dover, M.D., to jointly oversee clinical operations of the Johns Hopkins Children’s Center. In this capacity, Hackam will direct not only general pediatric surgery, but also surgical subspecialties in the departments of Cardiac Surgery, Orthopaedics, Otolaryngology — Head and Neck Surgery, Neurosurgery, Plastic and Reconstructive Surgery, and Urology. The move reflects both a new institutional direction and important recent shifts in the field of pediatric medicine as a whole.

Hackam, a leading authority on intestinal inflammation and bowel disease in infants, comes from the University of Pittsburgh, where he is a professor of surgery; associate professor of cell biology and physiology; director of the Center for Pediatric Surgical, Translational, and Regenerative Medicine; and the medical school’s associate dean.

“David Hackam’s steadfast commitment to elucidating the basic mechanisms of disease to illuminate new treatment modalities makes him a superb choice to help transform pediatric surgery clinically and scientifically, as well as for the expanded leadership position at the Johns Hopkins Children’s Center,” says Paul B. Rothman, M.D., dean of the medical faculty and CEO of Johns Hopkins Medicine.

Hackam brings with him a team of six scientists who are at the forefront of unraveling the pathology of intestinal disease in infants and working on developing new therapies to manage such conditions. Notably, Hackam and a collaborator from Cornell University recently developed an artificial intestine for the treatment of infants with severe intestinal disorders. The model is currently being tested in animals.

“We are thrilled to welcome David, who is not only a brilliant clinician and scientist, but also a transformative leader whose vision, passion and curiosity render him a perfect fit for Johns Hopkins,” says Jonathan Efron, M.D., interim director of the Department of Surgery at the Johns Hopkins University School of Medicine.

“David and his research team are a real ‘magnificent seven,’ whose work has reshaped our understanding of intestinal inflammation and whose ongoing research is on the cusp of transforming the way we treat some of the most devastating intestinal conditions in children,” Dover says.

Hackam says his decision to join Johns Hopkins was predicated on the institution’s commitment to family-focused patient care and was driven by Johns Hopkins’ reputation as an incubator of top-notch talent and its rich tradition in translational research.

“This was an opportunity I didn’t have to think about twice,” Hackam says. “There is no better place than Hopkins to advance the surgical care of children and, just as importantly, to push the boundaries of scientific research and train the next generation of young surgeons.”

Hackam’s top priority at Johns Hopkins will be to transform what he says is a superb, historic and vitally important training program into the best pediatric surgery program — one that bridges excellent patient care and outstanding clinical training with scientific discovery and innovation.

Hackam plans to reshape Johns Hopkins’ pediatric surgery curriculum by intensifying the use of simulation training and by sharpening the focus on scientific research. The emphasis on science stems from Hackam’s belief that good surgeons are more than clinicians and must understand the basic mechanisms that fuel the diseases they treat in the operating room.

“We must work to cure disease both surgically and nonsurgically, but in order to do so we must unravel the basic malfunctions on cellular and molecular levels that culminate into manifest disease,” Hackam says.

“We owe it to our patients to go beyond what’s in the textbooks, not because the information in them is not true or relevant, but because all the answers we need may not be there,” Hackam adds, noting that the solutions to some of the most vexing quandaries facing pediatricians today are only limited by a clinician’s imagination, creativity and thirst for knowledge.

Training in the basic sciences will become increasingly indispensable for the modern pediatric surgeon, Hackam notes, because the field is undergoing a third renaissance — a transformation of the discipline spurred by discoveries in genomics over the last decade. These new insights, Hackam says, will allow for an ever-more-precise and individualized treatment — one that optimizes the effects of therapy by factoring in each patient’s genetic makeup and environmental influences.

“If I were a patient, I’d want my surgeon to be at the forefront of it all,” Hackam says.

Hackam’s interest in intestinal disorders was sparked by a fateful encounter during his early years as a newly minted attending surgeon in a community hospital. A premature baby he cared for suddenly took a turn for the worse and became critically ill with a common yet devastating intestinal disorder known as necrotizing enterocolitis or NEC. Marked by the rapid and irreversible death of intestinal tissue, NEC occurs in some 12 percent of premature babies, claiming the lives of one in four who develop the disease. NEC is among the hardest-to-treat conditions, with therapy limited to the surgical excision of the dying portions of a baby’s intestine. The approach, while life-saving, often leaves the infant with insufficient intestine putting the child at risk for a range of long-term complications. Hackam became close with the baby’s parents. The infant did reasonably well for a while but eventually died. The experience was sobering, pushing Hackam on a quest to unravel the mechanisms of intestinal inflammation that culminate into NEC. His research has already generated some critical insights. Recently, Hackam and team showed that a molecule that normally regulates the body’s immune response to bacteria— a protein known as TLR4 (toll-like receptor 4) — is also behind the malfunction that fuels NEC in preemies. In the premature gut, Hackam and team found, TLR4 has a different role — to regulate cell differentiation and intestinal growth. When a baby’s intestines become colonized with bacteria shortly after birth, the immature TLR4 protein goes haywire. One of the byproducts of this phenomenon is the shutoff of oxygen supply to gut cells, which causes rapid death of intestinal tissue — the very essence of NEC.

In yet another recent discovery, Hackam and colleagues showed that sodium nitrate, a substance found in breast milk, can stave off NEC in preemies by increasing oxygen supply to the gut. Furthermore, the research team showed that adding this substance to infant formula can prevent NEC in premature mouse pups and baby pigs. Human trials are on the horizon.

NEC is a leading cause of intestinal loss in children, causing what is known as short bowel syndrome. Children with short bowel require feeding support for life due to intestinal deficiency that renders them unable to absorb enough nutrients. Many require transplantation, but donor tissue is hard to come by, and post-transplant immune-suppressive therapy poses long-term challenges and risks. Hackam and team are hoping to solve this problem by devising a new way to grow intestinal tissue in the lab from a patient’s own stem cells, which would also obviate the need for antirejection medication after transplantation.

To that end, Hackam and collaborator John March, a biomedical engineer at Cornell, have created an artificial gut. The model consists of a scaffold made of biodegradable synthetic compounds seeded with gut stem cells. The model is believed to be the first one to successfully recreate the delicate fingerlike projections of the human intestine, known as microvilli, whose main function is to absorb nutrients. The model has proven successful in baby mice and is currently being tested in piglets.

The second of four children, Hackam was born in Stafford, England, to an electrical engineer and a nurse. Growing up in this “academically minded household,” Hackam says he does not remember a time when he was not interested in medicine. He studied applied math and genetics as an undergraduate at the University of Western Ontario, where he also earned his medical degree. When Hackam’s first rotation in medical school turned out to be surgery, he was deeply disappointed, for he had wanted to be a pediatrician all his life. Then, as soon as he set foot in the operating room, he fell in love with it. In 1995, Hackam took a three-year hiatus from his surgical training and ventured into basic science, earning a doctorate in cell biology from the University of Toronto in 1998. After completing his internship and residency at Toronto General Hospital, he became a fellow in pediatric surgery at the Children’s Hospital of Pittsburgh in 2000. Hackam joined the University of Pittsburgh School of Medicine faculty as an assistant professor in 2002 and rose swiftly through the ranks, becoming Watson Family Professor of Surgery and a professor of cell biology and physiology in 2010. In 2004, Hackam became co-director of the Children’s Hospital of Pittsburgh’s Fetal Diagnosis and Treatment Center. In 2011, he was named the university’s associate dean for medical student research. He became president of the Society of University Surgeons this year.

Hackam and his wife, Lisa, a ballet teacher, have three sons and a daughter.