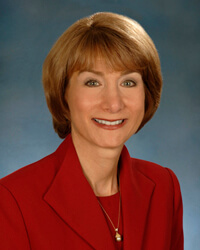 In her new role, Levitt will be responsible for several important media “beat” areas, including cardiology, cardiac surgery and surgical oncology, as well as the new hospital building that will open in 2012, and the Johns Hopkins Medicine’s Diversity Initiative. She also will contribute to several Hopkins publications.

Levitt comes to Johns Hopkins from the University of Maryland Medical Center, where she was director of public affairs and media relations.  She joined the University of Maryland Medical Center in 1989 as its first full-time media relations director and developed a comprehensive program that generated dramatic increases in local, regional and national media coverage year after year.

In 1999, Levitt created a joint media relations program to serve both the medical center and the University of Maryland School of Medicine. This program, which is a “one-stop” resource for the media, doctors and staff, was recognized by the Association of American Medical Colleges (AAMC) with an Award for Excellence and was called a “national model.”

Levitt developed many opportunities over the years to raise awareness of the institution through the media and in other venues, such as a cable TV program called Maryland Health Today that she produced and hosted, as well as a video and an audio podcast series.

Prior to joining the University of Maryland Medical Center, Levitt had worked for 12 years as a reporter and news director at radio stations in Baltimore, Washington, Richmond and Syracuse. Her work won numerous awards from the Associated Press, the Radio-TV News Director's Association and the Society of Professional Journalists.

Levitt also worked in public affairs at Johns Hopkins Medicine in the mid-1980s, where she created Health NewsFeed, a service that continues today, providing health stories used by radio stations throughout the U.S.

A native of Philadelphia, Pa., Levitt received a B.S. in Broadcast Journalism from the S.I. Newhouse School of Public Communications at Syracuse University.