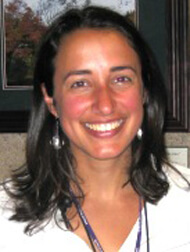 Medical interns spend just 12 percent of their time examining and talking with patients, and more than 40 percent of their time behind a computer, according to a new Johns Hopkins study that closely followed first-year residents at Baltimore’s two large academic medical centers. Indeed, the study found, interns spent nearly as much time walking (7 percent) as they did caring for patients at the bedside.

Compared with similar time-tracking studies done before 2003, when hospitals were first required to limit the number of consecutive working hours for trainees, the researchers found that interns since then spend significantly less time in direct contact with patients. Changes to the 2003 rules limited interns to no more than 30 consecutive hours on duty, and further restrictions in 2011 allow them to work only 16 hours in a row.

“One of the most important learning opportunities in residency is direct interaction with patients,” says Lauren Block, M.D., M.P.H., a clinical fellow in the Division of General Internal Medicine at the Johns Hopkins University School of Medicine and leader of the study published online in the Journal of General Internal Medicine. “Spending an average of eight minutes a day with each patient just doesn’t seem like enough time to me.”

“Most of us went into medicine because we love spending time with the patients. Our systems have squeezed this out of medical training,” says Leonard Feldman, M.D., the study’s senior author and a hospitalist at The Johns Hopkins Hospital (JHH).

For the study, trained observers followed 29 internal medicine interns — doctors in their first year out of medical school — at JHH and the University of Maryland Medical Center for three weeks during January 2012, for a total of 873 hours. The observers used an iPod Touch app to mark down what the interns were doing at every minute of their shifts. If they were multi-tasking, the observers were told to count the activity most closely related to direct patient care.

The researchers found that interns spent 12 percent of their time talking with and examining patients; 64 percent on indirect patient care, such as placing orders, researching patient history and filling out electronic paperwork; 15 percent on educational activities, such as medical rounds; and 9 percent on miscellaneous activities. The researchers acknowledge that it’s unclear what proportion of time spent at the bedside is ideal, or whether the interns they studied in the first year of a three-year internal medicine training program make up the time lost with patients later in residency. But 12 percent, Feldman says, “seems shockingly low at face value. Interns spend almost four more times as long reviewing charts than directly engaging patients.”

Studies in 1989 and 1993 found that interns still spent more time documenting than seeing patients, but they spent between 18 and 22 percent of their time at the bedside. In those studies, however, researchers found that a large chunk of time was spent sleeping at the hospital, something rarely seen today. Reduced intern work hours were designed to lessen trainee fatigue and improve patient safety.

Feldman says questions raised by his study aren’t just about whether the patients are getting enough time with their doctors, but whether the time spent with patients is enough to give interns the experience they need to practice excellent medicine. With fewer hours spent in the hospital, protocols need to be put in place to ensure that vital parts of training aren’t lost, the researchers say.

“As residency changes, we need to find ways to preserve the patient-doctor relationship,” Block says. “Getting to know patients better can improve diagnoses and care and reduce medical errors.”

The researchers say better electronic medical records may help reduce time spent combing through patient histories on the computer. Another improvement could be made by grouping an intern’s patients together on the same hospital unit so the intern doesn’t have to race from floor to floor to see patients, wasting time in transit.

Block says she would like to know how patients feel about how little time they see with interns, who generally are charged with overseeing many aspects of their care. Studies have shown that only 10 percent of hospitalized patients know who their resident doctors are.

“It’s not an easy problem to solve,” Feldman says. “All of us think that interns spend too much time behind the computer. Maybe that’s time well spent because of all of the important information found there, but I think we can do better.”

The study was funded by the Osler Center for Clinical Excellence at Johns Hopkins and the Johns Hopkins Hospitalist Scholars Fund.