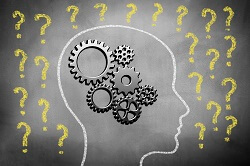 “There are subtle differences in individual genes, and these differences are enriched in sets of genes involved in specific cell processes in the brain tissue of people with a variety of severe mental disorders,” says Sarven Sabunciyan, Ph.D., assistant professor of pediatrics and researcher in the Stanley Division of Developmental Neurovirology at the Johns Hopkins University School of Medicine. “It was striking to us that we could identify the broad functional overlaps, knowing there is a lot of variability among individuals with mental disorders.”

“It is important to show what these seemingly disparate diseases have in common, not only to learn more about them, but because common deficits could suggest similar treatment strategies,” says Miranda Darby, Ph.D., a research fellow in Sabunciyan’s laboratory and the first author on the study.

A report on the work was published online Sept. 13 in Translational Psychiatry.

For the study, the researchers took 100 tissue samples from donor brains gathered by the Stanley Medical Research Institute’s (SMRI) Array Collection. All samples were from the hippocampus — the seahorse-shaped part of the brain important for memory and spatial navigation. Thirty-five brains were from people with schizophrenia, 33 were from people with bipolar disorder and 32 were controls without a mental disorder.

The research team also used 57 samples from a region of the brain’s outer cortex near the eye, the orbitofrontal cortex, all gathered by SMRI’s Neuropathy Consortium to verify that the findings in one part of the brain replicated in another part. Thirteen of those brain samples were from people with schizophrenia, 14 with bipolar disorder, 15 with major depression and 15 from controls.

Of the total brain samples from both the hippocampus and the orbitofrontal cortex, 57 were from women and 100 were from men. All but seven samples were from Caucasians, and the donors’ ages ranged from 19 to 68 at the time of death.

The researchers extracted and sequenced the mRNA — genetic material that function as the blueprints created from DNA and used as guides by cells to build proteins — from the tissue. The investigators report that each sample from the hippocampus produced on average 154 million sequenced bits of RNA and 140 million sequences for each brain sample from the orbitofrontal cortex. They then aligned the sequences from each sample with a fully sequenced human genome (version 19) and counted the number of times a sequence matched up to each individual gene. In all, 21,861 genes were represented in the hippocampus tissues, and 20,711 were represented in the orbitofrontal cortex region tissues.

The team reports that out of a total of 1,070 gene sets, 13 of these groups changed in common ways among all three mental disorders.

Of these, nine groups containing a total of 338 genes included ribosomal genes, genes responsible for making proteins. A subset of 80 of those protein-making genes was in each of the nine sets, and most of these, the team says, were turned on, or activated, at higher levels compared to controls. For example, in samples from brains of people with bipolar disorder, 78 of these genes were turned on higher in the hippocampus, and 79 were turned on higher in the orbitofrontal cortex than controls. In both regions of the brain, samples from people with major depression had 78 of the genes turned up higher than controls. In people with schizophrenia, 56 genes were turned up in the hippocampus, and 52 were turned up in the orbitofrontal cortex higher than the controls.

“Although there isn’t a clear reason why the brains of people with these mental disorders would have more of the protein production machinery, we think our findings suggest that it’s a fruitful line of investigation to pursue,” says Sabunciyan. The remaining four gene groups in common among the brain tissue from all three sets of those with mental illness were “turned down” compared to the controls, the team reported. Two of the gene sets have clear roles in how the brain’s neurons send and receive messages to neighboring cells, with one set making up general neuron genes and the other specific to GABA, a neurotransmitter used as the actual messenger between neurons.

Another gene group is believed to help operate the ways in which the immune system mounts a response to foreign — and potentially threatening — antigens, biological molecules presented by a virus, bacterium or parasite. The researchers say that disruption of the immune system is a hallmark feature long observed in some people with mental illness, particularly in schizophrenia and, to a lesser extent, in bipolar disorder.

The fourth gene set included genetic components involved in endocytosis — the process used to engulf biological molecules outside the cell and bring them inside. When neurons suck up neurotransmitters for recycling after they have been sent or received as a message, they use endocytosis. Endocytosis also plays a role in the immune system’s process of engulfing and disposing of germs.

According to the National Institute of Mental Health, approximately 1 percent of adults develop schizophrenia, about 2.5 percent have bipolar disorder and almost 7 percent of people develop major depression over their lifetimes.

Robert Yolken , M.D., the Theodore and Vada Stanley Distinguished Professor of Neurovirology in Pediatrics at Johns Hopkins, is an additional author on the study.

This study was funded by the nonprofit Stanley Medical Research Institute.