Bruce A. Perler Named President-Elect of the Society for Vascular Surgery - 08/21/2014

Bruce A. Perler Named President-Elect of the Society for Vascular Surgery 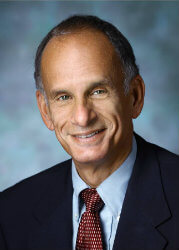 Bruce A. Perler, M.D., M.B.A., was named president-elect of the Society for Vascular Surgery, an international medical society with 5,000 members, at the society’s recent annual meeting in Boston.

“With the unprecedented growth in the elderly segment of the population in whom vascular disease predominates in this country and throughout the western world, and with the dramatic changes related to health care reform in this country, the Society for Vascular Surgery has an enormous responsibility to educate the public, referring physicians, administrators and payers about vascular disease and the unique and distinctive competencies of vascular surgeons in order to optimize the vascular health of our patients,” says Perler.

The Society for Vascular Surgery advances the care of and knowledge about vascular disease, which affects the veins and arteries of the body. Its members include surgeons, other physicians and nurses.