Birth by C-Section, Early Antibiotic Use Put Kids at Risk for Allergic Esophagitis - 05/12/2014

Birth by C-Section, Early Antibiotic Use Put Kids at Risk for Allergic Esophagitis 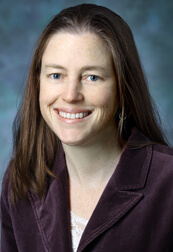 Children delivered by cesarean section and those given antibiotics during early infancy appear more prone to developing allergic inflammation of the esophagus — the muscular tube that connects the mouth to the stomach — according to results of a study by investigators from the Johns Hopkins Children’s Center and Harvard Medical School.

The findings, published online May 2 in the Journal of Allergy and Clinical Immunology: In Practice, reveal that early antibiotic treatment and C-section delivery may somehow precipitate disease development by altering a child’s microbiota — the trillions of bacteria and other organisms residing in human intestines that regulate digestive health and immunity.

Eosinophilic esophagitis, or EoE, is an emerging allergic disease, the causes of which remain unclear. While still relatively rare, EoE appears to be on the rise in both children and adults, research shows. The condition is marked by irritation, inflammation and constriction of the esophagus and by proliferation of eosinophils, or immune cells that multiply during allergic reactions. Because EoE’s cardinal symptoms — heartburn, swallowing difficulties and persistent burping — mimic garden-variety gastritis, biopsy of the esophagus remains the only definitive way to distinguish between the two disorders.

“It is becoming increasingly clear that the early development and composition of our gut bacteria can influence immunity for life,” says study lead investigator Corinne Keet, M.D., Ph.D., a pediatric allergist at the Johns Hopkins Children’s Center. “Now, our findings suggest that delivery via C-section and early treatment with antibiotics also play an important role in this serious allergic disease.”

Although more research is needed to understand the precise mechanism by which C-section birth and antibiotics lead to EoE, the researchers suspect these two factors precipitate serious shifts in the composition of a baby’s developing gut. Babies born via vaginal delivery are exposed to certain maternal bacteria as they pass through the birth canal. Those bacteria colonize the newborn’s gut and help build immunity. Children born via C-section, however, miss out on this vital initial exposure to bacteria, the researchers say, which may render their immune systems more sensitive to food and other generally harmless substances.

Also, during the first year of life, the gut microbiome undergoes dramatic changes as the infant encounters various microorganisms in the environment. Antibiotics during this critical period may alter gut immunity because the drugs tend to cause collateral damage by wiping out “healthy” bacteria along with disease-causing ones, the team notes, which can lead to an imbalance between good and bad bacteria in the gut.

The researchers analyzed the medical records and upper endoscopy test results of 99 children, ages 1 through 5, one fourth of whom had been diagnosed with EoE. In addition, the investigators collected information from parents about the children’s symptoms and behavior.

The rate of EoE was three times higher among children born via C-section, compared with those delivered vaginally. EoE rates were 3.5 times higher among those treated with antibiotics in the first year of life. Breastfeeding did not make a difference in EoE risk, the study found, nor did the age at which a baby started eating solid foods.

“Our findings are yet another reminder to be vigilant against unnecessary antibiotic use, but particularly so in the first year of life because infants are extra sensitive to the effects of these drugs and can suffer lifelong consequences to immunity and digestive health,” Keet says.

In addition, Keet says, the link between C-sections and EoE raises important questions about finding alternative ways to introduce these good maternal bacteria into a newborn’s system if vaginal delivery is not possible.

The work was funded by the National Institute of Allergy and Infectious Diseases under grant 1K23AI103187-01. Additional support was provided by the Demarest Lloyd Jr. Foundation.