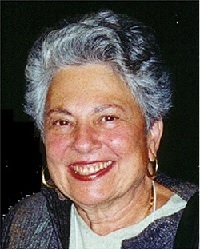 The American College of Medical Genetics has named the Johns Hopkins Institute of Genetic Medicine’s Barbara R. Migeon, M.D., professor of pediatrics at the Johns Hopkins University School of Medicine, as the 2016 recipient of the annual March of Dimes/Colonel Harland D. Sanders Lifetime Achievement Award in Genetics. The award was presented at the college’s meeting on March 9.

“This award recognizes Barbara’s lifelong research contributions to human genetics, especially to our understanding of central questions in biology concerning the mechanisms and consequences of X-inactivation. She has been both tenacious and brilliant in her commitment to understanding this problem, and her contributions are deservedly recognized by this award from March of Dimes,” says David Valle, M.D., the Henry J. Knott Professor and Director of the McKusick-Nathans Institute of Genetic Medicine. “She is a tremendous asset to our institute and to the broader Johns Hopkins community.”

Migeon is known for pioneering work in sex determination and X-inactivation, meaning the packaging of one of a female’s two X chromosomes so that her genes cannot be used. Her research concerns not only the molecular basis for the single active X but also the consequences — for example, mosaicism, in which the active X chromosome varies among different cells in a female’s body. Migeon also studies the effect of mosaicism on the traits and health of women. The founding director of Johns Hopkins’ human genetics graduate program, Migeon has been on the editorial board of various scientific publications. She has published extensively about her research, including the book Females are Mosaics: X Inactivation and Sex Differences in Disease, and mentored scores of medical students, graduate students and researchers.