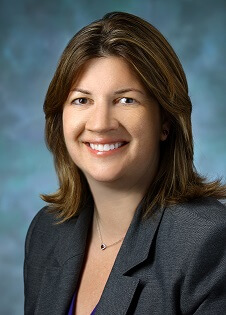 A new study led by Johns Hopkins researchers shows wide racial and economic disparities in access to minimally invasive hysterectomies for early uterine cancer in the United States. This is despite years of accumulating evidence that the procedures to remove the uterus are linked to fewer postoperative complications, the researchers say.
For the study, described in the January 2016 issue of Obstetrics and Gynecology, the researchers analyzed data in the National Inpatient Sample database, representing more than 1,000 hospitals in 45 states, on 32,560 patients who underwent laparoscopic or robotic-assisted minimally invasive or open hysterectomy for nonmetastatic uterine cancer between 2007 and 2011.
During that time, 33.6 percent of the patients had minimally invasive surgery, either laparoscopic or robotic-assisted, for their cancer, and that percentage rose from 22 percent in 2007 to 50.8 percent in 2011.
“We were encouraged to see that utilization of minimally invasive surgery for endometrial cancer rose significantly since 2007, but we still have a long way to go to provide most patients access to these procedures,” says Amanda Fader, M.D. , director of the Johns Hopkins Kelly Gynecologic Oncology Service, Department of Gynecology and Obstetrics, and member of the Johns Hopkins Kimmel Cancer Center.
In the last decade, Fader says, several studies showed that minimally invasive procedures resulted in fewer complications, better quality of life and equal rates of survival, compared with open procedures that call for making large surgical incisions into the abdomen. And this past spring, panels of experts at two medical societies — the Society of Gynecologic Oncology and the American College of Surgeons’ Commission on Cancer — selected minimally invasive surgery as the standard of care for nonmetastatic uterine cancers.
The researchers’ new study found the procedures occurred only 23.6 percent of the time in hospitals dubbed low-volume, which performed fewer than 10 hysterectomies for uterine cancer annually. In addition, black and Hispanic women, and those with Medicaid or who were uninsured were less likely to receive a minimally invasive surgery. Patients treated at medium- and high-volume hospitals, defined as those performing between 10 to 30 hysterectomies and more than 30 hysterectomies for uterine cancer each year, respectively, were up to four times as likely as others to undergo a minimally invasive procedure.
“At Johns Hopkins, we perform minimally invasive surgeries in approximately 91 percent of early-stage endometrial cancers,” says Fader. “A small percentage of women with a very large uterus or severe cardiopulmonary disease may not be able to undergo minimally invasive procedures, but this is rare.”
Obesity is perceived my many physicians as a barrier to minimally invasive surgery, Fader says, but notes that most women with endometrial cancer are obese, and that in most cases, they can be safely offered minimally invasive care. “Obese women often have comorbidities, such as diabetes, high blood pressure and sleep apnea, that put them at high risk for surgical complications,” she says. “So these are the women who will most benefit from a less invasive approach to surgery.”
Fader and her team found that comorbidities, such as obesity, did not independently influence the data. They also found that open hysterectomies were more than twice as likely as minimally invasive surgeries to result in complications, such as surgical site infection, pneumonia, blood clots, major blood loss and longer hospital stays.
“Our study found that while patients at larger academic or teaching hospitals may have more comorbidities, these hospitals still performed the minimally invasive procedures at a higher rate,” she says. “We believe this is evidence that in skilled centers, these operations can be far more widely offered.”
The study also showed that robotic-assisted hysterectomies were more than $2,000 costlier up front than open or laparoscopic procedures, and that inpatient hospitalization costs for open and laparoscopic hysterectomies were similar — generally more than $10,000. Yet complications added another $7,000 to $8,000 on average to each type of surgery, and those complications occurred twice as often with open procedures.
Fader says that the proliferation of robotic surgical equipment in hospitals has helped to increase the use of minimally invasive surgeries, although her study did not track the prevalence of surgeons well-trained in the technique. She places less importance on whether a surgeon uses a robot or traditional laparoscopy for uterine cancer surgery. “The goal is to increase the overall rate of minimally invasive surgery for these patients, irrespective of the specific type of procedure offered,” says Fader. “Surgeon preference to perform minimally invasive surgery is highly variable in the U.S. and remains an important disparity in cancer care.”
More than 54,000 women are diagnosed with uterine cancer each year in the U.S., and surgery alone cures 60 to 70 percent of women with early-stage disease.
Researchers from the Johns Hopkins Department of Gynecology and Obstetrics; the Johns Hopkins Department of Surgery; the Johns Hopkins Armstrong Institute for Patient Safety and Quality; the University of California, San Diego; the University of California, Irvine; and Mayo Clinic contributed to the study. They include Rayna Matsuno Weise, Abdulrahman Sinno, Edward Tanner III, Bijan Borah, James Moriarty, Robert Bristow, Martin Makary, Peter Pronovost, Susan Hutfless and Sean Dowdy.
The study was funded by Sharon and Gregory Peters, Johns Hopkins Medicine, and the Ina Tornberg-Smith Endometrial Cancer Research Fund at Johns Hopkins Medicine.
DOI: 10.1097/AOG.0000000000001180
Return to Top