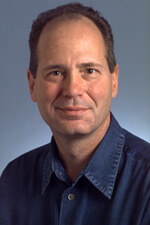 Three Johns Hopkins University researchers have been elected to membership in the National Academy of Sciences’ Institute of Medicine. Harry C. Dietz, M.D., Lisa A. Cooper, M.D., M.P.H., and Nancy Kass, D.S., are among 65 new members nationwide. Election to this prestigious body affirms their remarkable contributions to medical science, health care and public health, as well as to the education of generations of physicians. It is one of the highest honors for those in the biomedical profession.

Dietz is the Victor A. McKusick Professor of Pediatrics, Medicine and Molecular Biology and Genetics at the Johns Hopkins McKusick-Nathans Institute of Genetic Medicine, an investigator of the Howard Hughes Medical Institute and director of the William S. Smilow Center for Marfan Syndrome Research. Dietz studies how blood vessel walls develop and are maintained, with a focus on processes that contribute to inherited forms of cardiovascular disease. His work on Marfan syndrome, a potentially fatal connective tissue disease, which is thought to have affected Abraham Lincoln, has led him from discovery of the molecular basis of the disease to a current clinical trial of a surprising potential treatment: a medication used to treat high blood pressure. He has received multiple prestigious awards including the Richard D. Rowe and Young Investigator Awards from the Society for Pediatric Research and induction into the American Society for Clinical Investigation and the American Association for the Advancement of Science. He was the 2006 recipient of the Curt Stern Award from the American Society of Human Genetics, the Antoine Marfan Award and the 2008 Hero With a Heart award from the National Marfan Foundation.

Cooper is a Liberian-born professor of medicine at the Johns Hopkins School of Medicine and the Johns Hopkins Bloomberg School of Public Health. An internist and epidemiologist, she has conducted landmark studies designed to understand and overcome racial and ethnic disparities in medical care and research. Her research has sought to better define barriers to equitable care across ethnic groups and identify ways for medical science to address a growing awareness of racial and ethnic differences in disease prevalence, disease risk and care delivery. In 2007, Cooper won a coveted MacArthur Fellowship, also known as a “genius grant,” for her work on these topics.

Kass is the deputy director for public health at the Johns Hopkins Berman Institute of Bioethics and the Phoebe R. Berman Professor of Bioethics and Public Health in the Department of Health Policy and Management, Johns Hopkins Bloomberg School of Public Health. Kass’ work focuses on research ethics, including identifying simpler ways of conducting informed consent to increase research participants’ understanding; public health ethics and the ethics of infectious diseases, including pandemic influenza; and the ethics of international public health research and community engagement. Kass is often called on to consult with national leaders and decision makers on difficult bioethics issues. She co-chaired the National Cancer Institute Committee to develop Recommendations for Informed Consent Documents for Cancer Clinical Trials, and served as consultant to the President's Advisory Committee on Human Radiation Experiments, to the National Bioethics Advisory Commission, and to the National Academy of Sciences.