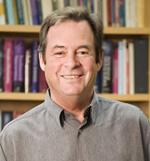 Our ability to form long-term memories depends on cells in the brain making strong connections with each other. Yet while it’s not well understood how those connections are made, lost or changed, the process is known to involve the movement of the AMPA receptor protein to and from those neuronal connections.

Reporting this week in Nature Neuroscience, researchers at the Johns Hopkins School of Medicine have discovered by watching live neurons that the AMPA receptor goes where it needs to be with the help of the 4.1N protein, without which long term memories are not formed.

“This has been a long-standing challenge in the field, trying to see a process that involves a handful of molecules and occurs so quickly, on the order of one-tenth of a second,” says Richard Huganir, Ph.D., professor and director of the Solomon H. Snyder Department of Neuroscience at Johns Hopkins. “We just haven’t had the right tools.” Huganir’s research team spent a year building a new microscope to do the experiments.

The research team first attached fluorescent tags to AMPA receptor proteins in rat neurons growing on glass slides. Using a laser, they first photobleached the cells to prevent anything from glowing except for newly inserted proteins. When they looked at the slides under a microscope they saw dots appearing on the surface of the neurons, which they interpreted to be the AMPA receptors being inserted into the cell’s surface.

“In the past it was like looking for a shooting star in a bright, night sky full of other stars,” says neuroscience research associate Da-Ting Lin, Ph.D. “Ideally you need a dark sky to clearly see that shooting star, and we’ve now made our dark sky and are starting to find our shooting stars.”

They then asked what other proteins might be leading AMPA receptors to where they should be once they reach the cell’s surface. To do this, they chopped a short bit off the end of the AMPA receptor, put it into neurons and watched the cells under the microscope to see if those same dots appeared. After cutting off more and more and testing each version, they finally ended up with an AMPA receptor that was not inserted into the cell surface. It turns out they had cut off the region of AMPA receptor known to bind another protein, called 4.1N.

“We knew that 4.1N and related proteins can bind to the cell’s skeleton as well as to proteins at the cell surface, but we never knew what role 4.1N played in AMPA receptor movement,” says Lin.

“Normally, this type of neuronal stimulation makes the cell connections stronger,” says Lin. “But in cells missing 4.1N we see an initial strong connection but it doesn’t hold. So we think 4.1N is required to keep the strong connection going, and therefore make the memory stick.”

Says Huganir, “We have uncovered another step in the complex process of memory formation and maintenance and hope these discoveries will help us understand how memories are formed but also help us figure out what goes wrong when our memory does not work such as in age-related memory disorders and Alzheimer’s disease.”

This study was funded by the National Institutes of Health and the Howard Hughes Medical Institute.

Authors on the paper are Da-Ting Lin, Yuichi Makino, Kamal Sharma, Takashi Hayashi and Richard Huganir of Johns Hopkins; Rachel Neve of Massachusetts Institute of Technology; and Kogo Takamiya, formerly of Johns Hopkins, now at University of Miyazaki in Japan.

Related Stories:
Rick Huganir looks to the future of neuroscience

What Emotional Memories are Made of

This is Your Brain On Fatty Acids