Hopkins Researchers Put Proteins Right Where They Want Them 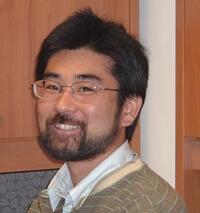 Using a method they developed to watch moment to moment as they move a molecule to precise sites inside live human cells, Johns Hopkins scientists are closer to understanding why and how a protein at one location may signal division and growth, and the same protein at another location, death.

Their research, published Feb. 14 in Nature Methods, expands on a more limited method using a chemical tool to move proteins inside of cells to the periphery, a locale known as the plasma membrane.

“Where a particular protein is activated and the timing of that activation influence how a cell responds to outside stimulus,” says Takanari Inoue, Ph.D., an assistant professor of cell biology at Johns Hopkins University School of Medicine. “Our goal with this newly expanded tool is to manipulate protein activities in many places in cells on a rapid timescale.”

Cells cleverly have resolved the predicament of needing to respond to a near infinite array of external stimuli — temperature, for instance — even though they employ only a limited number of molecular players. The notion is that a single protein assumes multiple roles by changing its location or altering the speed and duration of activation.

Chemical signaling inside cells connects protein molecules through complex feedback loops and crosstalk, Inoue says, so knowing exactly how each protein contributes to which signals at what locations requires the ability to rapidly move proteins of interest to specific organelles found in cells. These include mitochondria (the power generators of cells) and Golgi bodies (the delivery systems of cells).

The Hopkins team chose the signaling protein Ras as the molecule it would attempt to send packing throughout a cell’s interior. A regulator of cell growth that’s often implicated in cancer, Ras has been long studied and it’s known to be a molecular switch. However, no one has had the ability to discern what Ras does at different locations such as Golgi bodies and mitrochondria, much less what happens when Ras is activated simultaneously at any combination of these and other organelles.

Working with live human HeLa cells and Ras under a microscope, the team used a dimerization probe consisting of a special small molecule that simultaneously attracts two proteins that wouldn’t normally have an affinity for each other and binds them together. In this system, one of the partner proteins is anchored to an organelle and the other is free floating inside the cell. Adding a chemical dimerizer induces the free protein to join the tethered one.

Using scissor-like enzymes, the team sliced and diced the DNA of the paired proteins to change the molecular address of its destination. They cut out the “mailing address” — known as a targeting sequence — that formerly delivered the protein unit to the plasma membrane and replaced it with new addresses (targeting sequences) that shipped it instead to specific organelles.

“We were able to manipulate protein activities in situ and very rapidly on each individual organelle,” Inoue said. “Ultimately, this will help us to better understand protein function at these critical cellular components.”

This study was funded by the National Institutes of Health.

In addition to Inoue, authors of this paper are Toru Komatsu, Igor Kukelyansky, J. Michael McCaffery, Tasuku Ueno and Lidenys C. Varela, all of Johns Hopkins.

Research On Cilia Heats Up: Implications For Hearing, Vision Loss And Kidney Disease