In This Section
Home > News and Publications > For the Media 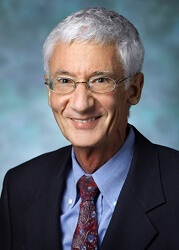 Q: It’s hard to understand how a terrifying “bad trip” can sometimes have positive outcomes. Can you explain?

GRIFFITHS (shown right): In a way, it’s not really so surprising. When we look back on challenging life events we wouldn’t choose, like a bout with a major disease, a harrowing experience while rock-climbing, or a painful divorce, sometimes we feel later that the difficult experience made us notably stronger or wiser. We might even come to value what happened. Of course, we wouldn’t want any such experience to actually damage us or anyone else physically or psychologically. Also, because developing strength or wisdom through adversity isn’t guaranteed, we might well want capable friends or counselors—even if just as a kind and sympathetic ear—to be available to help us make constructive use of the experience as part of our personal growth.

Q: Some cultures have long used psilocybin mushrooms for healing or religious purposes, and they’ve developed ways of understanding and managing challenging experiences that sometimes occur under the influence. Can you tell us more?

JESSE: Well, of course, it varies from culture to culture. Generally, mushrooms (or similar substances) are used with reverence, not used trivially or haphazardly. The use is contained within a ritual setting. Experienced individuals monitor the user and help, if challenging experiences arise. In those cultures, people who participate in these ceremonies have ready access to peers and elders afterwards who can help them make sense of what happened during the experience, whether it proved challenging, insightful, emotionally taxing or uplifting, awe-filled, or transcendent, and so on.

GRIFFITHS: Actually, modern scientific research in this area got a strong start many decades ago. Then it stopped, and only recently resumed. Here’s a brief history: In the U.S. and Europe, popular interest in psilocybin mushrooms, mescaline and similar substances began in the 1950s. Scholarly literature referred to ritual use of psychedelics, but the Mazatec mushroom rites in Mexico weren’t revealed in the popular press until 1957 (by R. Gordon Wasson in Life Magazine). By then, more and more research with hallucinogens was taking place within universities and hospitals. That included research with LSD, the psychoactive properties of which the chemist Albert Hofmann discovered in 1943. The substances weren’t illegal, and scientists needed no special permissions to conduct research. In 1959, a psychiatrist named Humphry Osmond coined the word “psychedelic” to improve upon the misleading word “hallucinogen” (frank hallucinations with these substances are rare, not characteristic). In the decades to come, “psychedelic” took on colorful and sometimes negative associations. However, at its root, the word translates simply to, “mind-manifesting.”

In the 1960s, charismatic advocates, most famously Timothy Leary, began promoting psychedelics to the population at large. Within certain subcultures, use grew to endemic proportions. Users very often took the substances haphazardly – without enough appreciation of the potential risks, without appropriate safeguards, and without a mature cultural context. Many factors, including occasional psychedelic-related harms and even tragedies that the media highlighted, along with the overall appearance of a phenomenon gone out of control, led the federal government to pass a new law in 1970 banning these drugs. The law did allow exceptions for the use of “controlled substances” in regulated scientific research. But by the mid-1970s, the burdensome restrictions and the weight of cultural disapproval brought human clinical research with psychedelics to a halt.

In the late 1990s, a new Johns Hopkins team gathered a set of best practices to safeguard participants in research with psilocybin and began its first study, which was published in 2006. That effort grew into a research program with several studies completed and several more underway. Consistently, the studies show that psilocybin, when administered to carefully screened and psychologically prepared volunteers, can produce profoundly meaningful experiences, along with enduring positive changes in attitudes, mood and behavior (see: csp.org/HopkinsPsilocybin2014.pdf ). To help round out the picture, we designed the current survey study to shed light on the nature and the consequences of so-called “bad trips.”

JESSE: “Bad trip” is the most commonly used layman’s term for this experience. But its meaning is blurry. Does it mean “unpleasant or worse, for a few hours until the drug wears off, and that’s all”? Or does it imply having lasting negative effects? Are the lasting effects necessarily bad? Our laboratory studies and this survey study support each other in showing that an unpleasant, “bad” experience can sometimes lead to positive outcomes. It doesn’t seem accurate, then, to call all of the negative psilocybin experiences categorically “bad.” That’s why we’re now saying “challenging experiences,” which acknowledges that when they’re handled well, as in the context of a clinical setting, they can lead to positive outcomes. But we don’t want to sugarcoat things. It can’t be said too often that it takes prudent safeguards and mature contexts of use to increase the likelihood that a challenging experience will lead to valued outcomes and minimize the chance of a “bad trip” resulting in problems or even lasting harm.