Paul B. Rothman, M.D., dean of the medical faculty and CEO of Johns Hopkins Medicine, has been elected to the National Academy of Medicine (NAM). The NAM is an independent organization of eminent professionals in diverse fields that serves alongside the National Academy of Sciences and National Academy of Engineering as an adviser to the national and international community, providing recommendations that have shaped health policies around the world.Redonda G. Miller, M.D., M.B.A., president of The Johns Hopkins Hospital, has been named to The Baltimore Sun’s list of 25 Women to Watch in 2016. Miller and Rothman also have been named to Becker’s Hospital Review’s 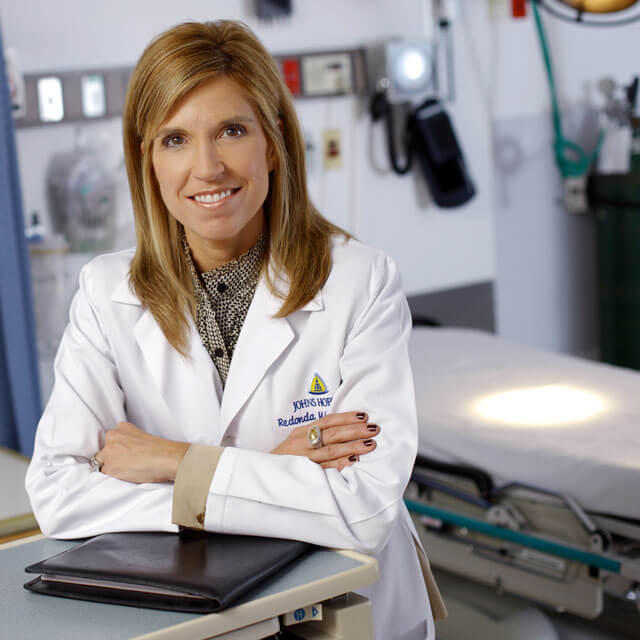 2016 list of 110 Physician Leaders of Hospitals and Health Systems to Know. They were cited for the outstanding leadership and clinical expertise they have demonstrated throughout their careers, leading initiatives to improve Johns Hopkins and the health care it provides to the communities it serves.

Kathleen Burns, M.D., Ph.D., associate professor of pathology and deputy director for research in that department, has been named director of the new Johns Hopkins University School of Medicine Physician Scientist Training Program (PSTP). A practicing hematologist who is recognized as an outstanding research mentor, Burns will design and implement the PSTP in collaboration with residency and clinical fellowship program directors, research faculty members, and basic science and clinical department directors. PSTP will facilitate the career paths of physician-scientists from the end of medical school through their first years on the faculty. 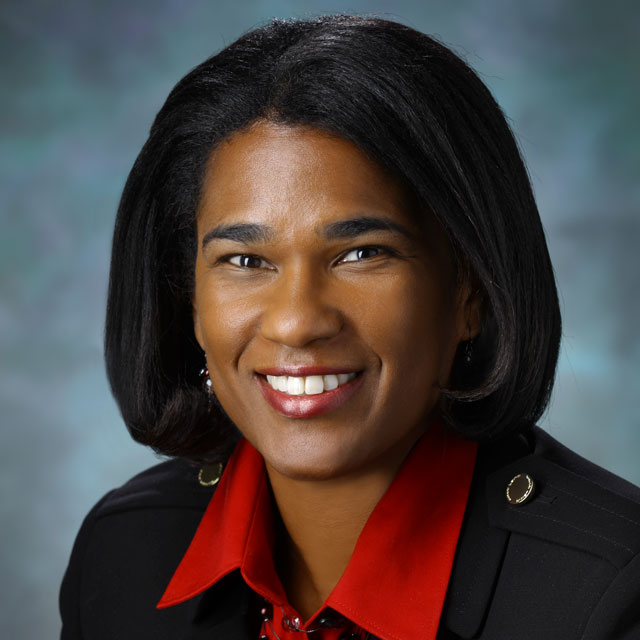 Charlene Gamaldo, M.D., associate professor of neurology and medical director of the Johns Hopkins Sleep Disorders Center, has been admitted to the inaugural Transforming Leaders Program established by the American Academy of Neurology Institute. Its 10-month curriculum is designed to identify and develop talent among the academy’s experienced members for future leadership roles in the institute and the neurology field.

Felicia Hill-Briggs, Ph.D., professor of medicine and senior director of population health research and development for Johns Hopkins HealthCare, has been named to the board of directors of the American Diabetes Association. Hill-Briggs is also a member of the Welch Center for Prevention, Epidemiology and Clinical Research, where she studies diabetes self-management, behavioral intervention trials, health disparities, neuropsychology and functional impairment disability.

Jeffrey Kahn, Ph.D., M.P.H., director of the Berman Institute for Bioethics, has been elected to the National Academy of Medicine. An acclaimed leader in a variety of areas of bioethics, Kahn focuses on the intersection of ethics and health and science policy. He is chair of the National Academies’ Board on Health Sciences Policy and previously chaired its Committee on the Use of Chimpanzees in Biomedical and Behavioral Research, as well its Committee on Ethics Principles and Guidelines for Health Standards for Long Duration and Exploration Spaceflights. 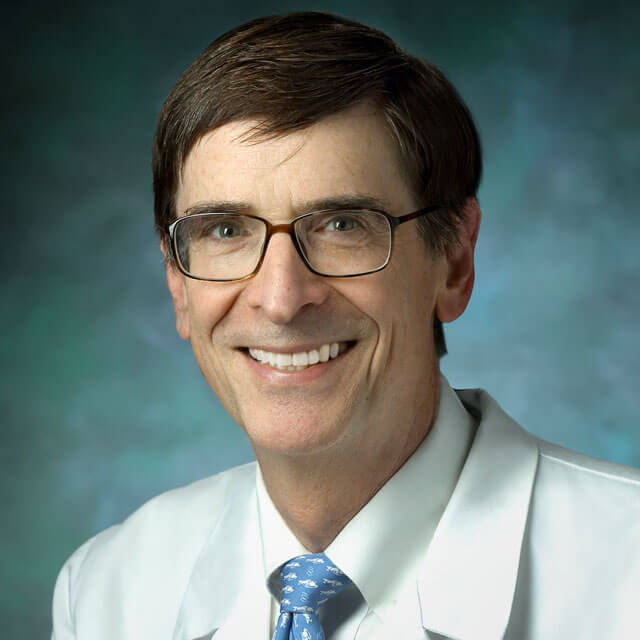 Wayne Koch, M.D., director of the Johns Hopkins Head and Neck Cancer Center, has received the 2016 Distinguished Award for Humanitarian Service from the American Academy of Otolaryngology–Head and Neck Surgery. Working with the Pan-African Academy of Christian Surgeons, Koch has undertaken at least 25 medical missions so far, 13 of which have been to Mbingo Baptist Hospital in Cameroon, where he created a training program for African surgeons. He also facilitates a head and neck cancer fellowship for African surgery residents who are committed to remaining in Africa and improving care at their hospitals.

Anne Murphy, M.D., professor of pediatrics and director of pediatric cardiology fellowship training, has been named the recipient of the 2016 CVDY Meritorious Achievement Award for career achievement from the American Heart Association’s Council on Cardiovascular Disease in the Young (CVDY). The award recognizes Murphy’s significant accomplishments toward advancing the mission of specialists in the field through education, research and advocacy

Kenneth Pienta, M.D., and the team of researchers he leads as director of research for the Brady Urological Institute received a $1 million research grant from the Movember Foundation-Prostate Cancer Foundation Challenge Awards. The award will fund the team’s efforts to utilize novel single-cell biotechnologies to study dormant tumor cells that reside in the bone marrow of prostate cancer patients and may eventually reactivate and development into metastases.

Stacy Suskauer, M.D., associate professor of physical medicine and rehabilitation and the medical director of the brain injury rehabilitation programs at the Kennedy Krieger Institute, has been named the recipient of the 2016 Joshua B. Cantor Scholar Award from the American Congress of Rehabilitation Medicine. The award recognizes her outstanding research in the field of brain injury rehabilitation, particularly her work identifying neuroimaging and biomarkers to assess and understand recovery and long-term outcomes.

Ralph Tufano, M.D., director of the Division of Head and Neck Endocrine Surgery, has been elected to the board of directors of the American Thyroid Association (ATA). He is the first head and neck surgeon to hold that position in the ATA.

Margaret “Meg” Garrett, B.S.N., M.E.D., J.D., C.P.H.R.M., senior legal counsel for patient safety, ethics, risk management and regulatory issues, has been elected to the board of directors of the American Society for Healthcare Risk Management (ASHRM). Garrett’s two-year term on the board begins in January. She will help guide ASHRM’s mission to advance patient safety and maximize value through risk management. Garrett, a 30-year Johns Hopkins veteran who received her nursing degree from Villanova University College of Nursing, recently received its highest award, the Medallion for Distinguished Contributions to Quality and Safety in Health Care. 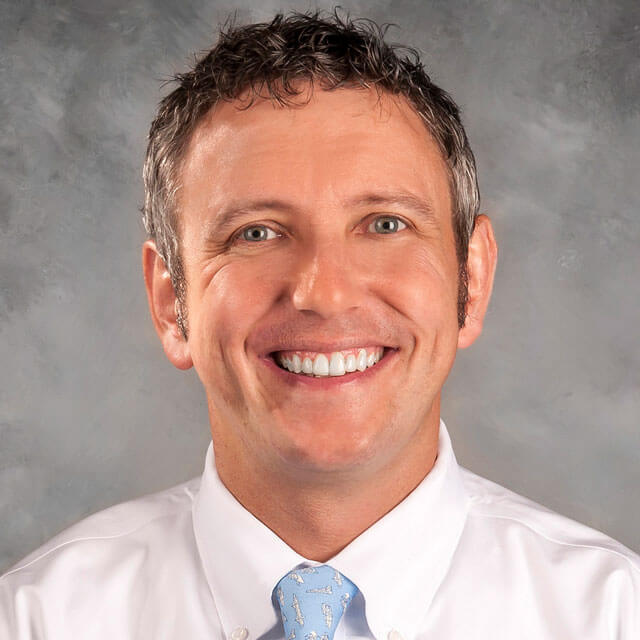 Peter Shaw, M.D., has been appointed deputy director of the Cancer and Blood Disorders Institute at Johns Hopkins All Children’s and associate professor of oncology at the school of medicine. He will work with the hematology/oncology team and other pediatric specialists to provide comprehensive care for children, teens and young adults with cancer. Shaw previously directed the hematology/oncology clinic at Children’s Hospital of Pittsburgh and established one of the nation’s first adolescent and young adult oncology programs at the University of Pittsburgh School of Medicine.

Every year, a group of veteran Johns Hopkins physicians recognizes a select number of colleagues for qualities everyone hopes for in a doctor: professionalism, great bedside manner, diagnostic skill, depth of knowledge, ability to negotiate the health care system, a passion for patient care and teaching the next generation of medical trainees to embrace these attributes. Launched in 2008, the Miller-Coulson Academy of Clinical Excellence was created at the Center for Innovative Medicine at Johns Hopkins Bayview Medical Center to celebrate those who embody the best in patient care.

Learn more about the Miller-Coulson Academy.