Many pregnant women with inflammatory bowel disease who take infliximab, a commonly prescribed biologic, cease the drug about two months before giving birth to minimize transferring it to the baby. That’s because biologics such as infliximab cross the placenta during the second trimester, around week 20.

But a retrospective study by a team of Johns Hopkins gastroenterologists found no difference in child outcomes if patients discontinued infliximab at different points in pregnancy than if they continued treatment with the drug throughout.

Based on this study, “we no longer recommend anyone stop infliximab,” says gastroenterologist and study leader Brindusa Truta, who notes that discontinuing during pregnancy can be harmful for both the mother and the baby: If the mother experiences a flare-up, there is increased risk of miscarriage, premature delivery and low birth weight.

“We want women to remain on infliximab throughout the pregnancy because their health is ultimately the biggest factor, and it influences the health of the baby,” says Truta, adding that more research now needs to be done with other biologics, which have different half-lives and are administered at different intervals.

Unlocking the Genetic Mysteries of IBD 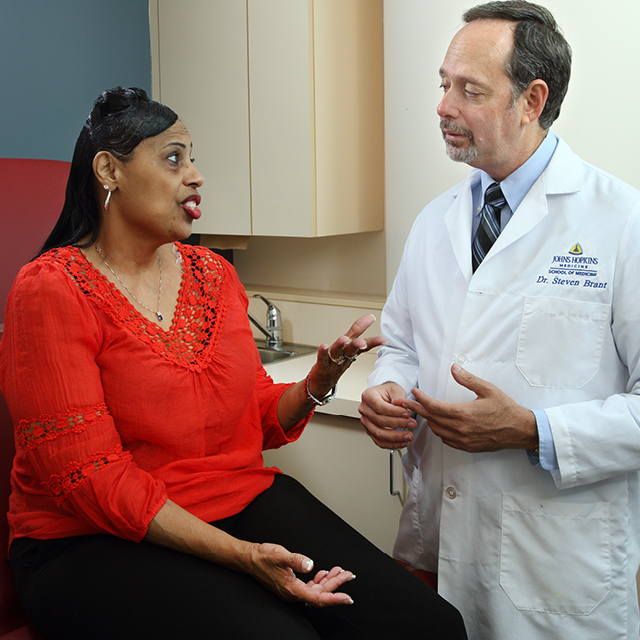 This first study of its kind evaluates the genetics of inflammatory bowel disease in the African-American population.
back to top button