Photos by Will Kirk.

In the very early hours of a Monday morning last October, when the phone rang with the call many scientists spend a lifetime dreaming about, Gregg Semenza slept right through it.

“I’m a deep sleeper,” Semenza admitted. “I did wake up eventually, but by the time I got to the phone, it was too late. So I thought to myself, I wonder if this is somebody’s idea of a bad joke.”

He tried to go back to sleep, he said, but the phone rang again a few moments later. This time, Semenza picked up promptly and got the good news: that he was among the recipients of the 2019 Nobel Prize in Physiology or Medicine.

“I was in a daze, and I was kind of half awake,” Semenza said during a news conference later that day on the university’s East Baltimore campus. “I was not able to really say much of anything because I was so shocked and surprised.”

Semenza, the C. Michael Armstrong Professor of Medicine at the Johns Hopkins University School of Medicine, was honored for his discoveries of how cells sense and adapt to oxygen availability. He shared the award with Harvard’s William G. Kaelin Jr. and Sir Peter J. Ratcliffe of the University of Oxford.

Semenza’s groundbreaking discovery of hypoxia-inducible factor 1, or HIF-1 — the protein that switches genes on and off in cells in response to low oxygen levels — has far-reaching implications in understanding the impact of decreased oxygen levels in blood disorders, blinding eye diseases, cancer, diabetes, coronary artery disease and other conditions.

“It turns out that because oxygen is so critical to life, many of the common human diseases have derangements in the ability to maintain proper oxygen levels,” Semenza said. “So for example, in a cancer, the cancer cells divide very rapidly, consume a lot of oxygen and become very hypoxic. And what we’ve learned is that when they become hypoxic, they turn on genes that enable them to invade, metastasize and spread throughout the body.

“And whereas most of the chemotherapy drugs are designed to kill dividing cells that are well-oxygenated, there are no treatments that are approved to treat the hypoxic cells within the cancer. And we believe it’s these cells that survive the therapy and come back and kill the patient.” 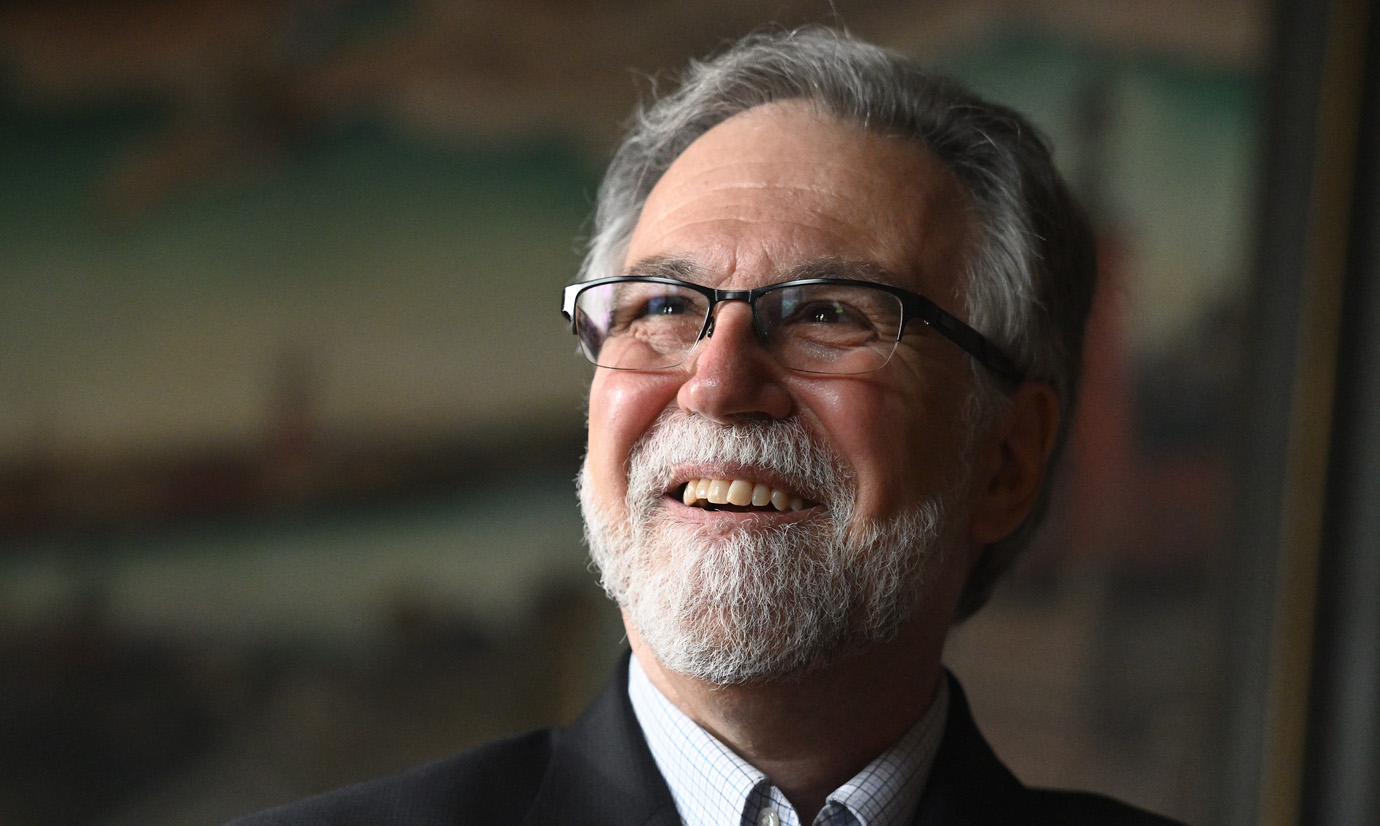 Semenza, the C. Michael Armstrong Professor of Medicine at the Johns Hopkins University School of Medicine, was honored for his discoveries of how cells sense and adapt to oxygen availability. Photo by Will Kirk.

A Johns Hopkins faculty member since 1990, Semenza said he shared the award with many others at Johns Hopkins, past and present. “I really don’t believe that I would have accomplished this anywhere else,” he said. “That’s why I’ve stayed here my whole career, because I think this is the greatest place to do research. It has the greatest colleagues and the greatest sense of collegiality of any place I know.”

Among the first to congratulate Semenza was Peter Agre, a Bloomberg Distinguished Professor in the university’s schools of public health and medicine, and winner of the Nobel Prize in Chemistry in 2003, who has known Semenza for more than 30 years.

“I am delighted for Johns Hopkins because back when I won in 2003, it was an eruption of celebration, all the custodial staff and guards and faculty and students — it was wonderful,” said Agre, one of four Nobel laureates on the Johns Hopkins faculty. “And this one is so highly deserved, and it’s a discovery that is going to change — and has already changed — medicine forever.”

Watch a video of Gregg Semenza receiving his Nobel Prize at the December awards ceremony in Stockholm and watch Semenza’s Nobel lecture.

A Day of Celebration for Nobel Winner Gregg Semenza

At 4 a.m. on October 7, Gregg Semenza received a phone call that most scientists can only imagine: The Nobel Assembly at the Karolinska Institute in Stockholm, Sweden, informed him that he was a co-winner of this year’s Nobel Prize in Physiology or Medicine.

It was the moment of a lifetime for Johns Hopkins physician-scientist Gregg Semenza, M.D., Ph.D., who was among 14 Nobel laureates honored at a formal ceremony Dec. 10 attended by friends, loved ones and members of Sweden’s royal family.

Before heading to Sweden to accept his Nobel Prize, Johns Hopkins scientist Gregg Semenza shared five insights about science that he wants more people to understand.
back to top button