Mark Rodgers has lost his father, grandmother, grandfather and several aunts to complications from diabetes. Now, with the support of a yearlong diabetes prevention program managed by Johns Hopkins, he’s determined to avoid a similar fate.

“I’m changing my eating habits and trying to be more physically active, even though my schedule doesn’t really permit it,” says Rodgers, who works two jobs and serves as a deacon at Garden of Prayer Christian Church in Baltimore’s Waverly neighborhood. “The last thing I feel like doing is cooking when I get home, but I’ve changed the food that I order when I order out.”

The Diabetes Prevention Program — a partnership between the church and the Johns Hopkins Brancati Center for the Advancement of Community Care — is teaching Rodgers and six other participants at risk for type 2 diabetes about healthy eating and exercise. Their goal: reduce their diabetes risk by losing 5 percent of their weight and exercising 150 minutes each week. The Brancati Center has trained two health coaches, who are also members of the church community, to help achieve success.

“It was a very big deal to find that lifestyle change had such a big impact on diabetes risk reduction,” says Megan Brown, the Brancati Center’s program manager.

The Brancati Center received full CDC recognition for its Diabetes Prevention Program in 2017 after participants in its first two programs exceeded CDC goals. So far, 12 churches, schools and federally qualified health care centers have offered the program in partnership with the Brancati Center. Roughly 150 Marylanders, mostly in Baltimore, have participated, including 44 people who are currently enrolled.

“It was a very big deal to find that lifestyle change had such a big impact on diabetes risk reduction.”

The tailored plans that patients receive when they leave the hospital provide guidance on improving nutrition, getting more exercise and strengthening engagement in their care.

Device to Detect the Risk of Blindness in People with Diabetes 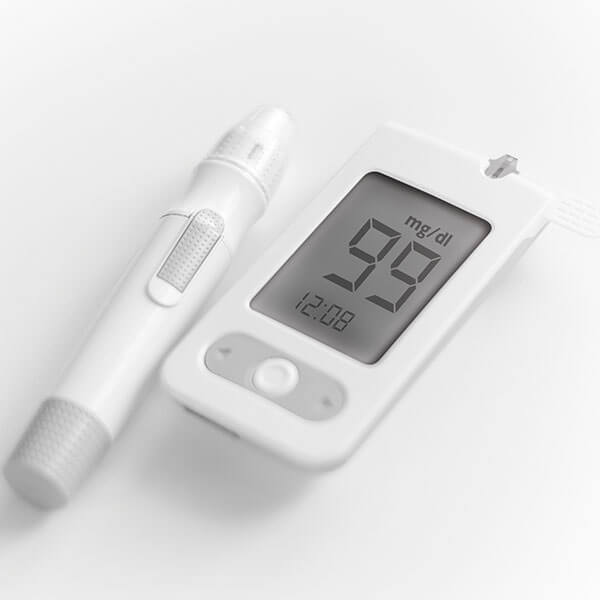