Kathryn Kaufman, manager of inpatient therapy services in the Johns Hopkins Department of Physical Medicine and Rehabilitation, says it’s common knowledge that occupational therapy is a critical component of rehabilitation today, but its historical roots and evolution at Johns Hopkins are less well known.

It began when Adolph Meyer (1866–1950) was appointed the professor of psychiatry in 1908 and named director of the yet-to-be-built Phipps Clinic at Johns Hopkins. In a 1922 article for the magazine The Nation’s Health, Meyer recalled that when he was director of the Pathological Institute of New York State, he had witnessed firsthand the positive impact of an innovative, “new systematized type of activity” that his wife, Mary P. Brooks (1878–1967), a social worker, had established for his patients.

Meyer was determined that occupational activity be an integral part of the treatment program he planned to establish at Johns Hopkins.

With the Phipps Building under construction, he went to Chicago to confer with the internationally famous, pioneering social worker Jane Addams (1860–1935), a future Nobel Peace Prize winner. In 1889, Addams and others established Hull-House, the nation’s first settlement home for the underprivileged, sick and mentally troubled. There, in 1912, Eleanor Clarke Slagle (1870–1942) was introduced to Meyer.

A social worker who in 1911 had observed occupational therapy at Kankakee State Hospital, Slagle was a protégé of Addams. Meyer was so impressed by Slagle’s intelligence and energy that he recruited her to help establish the first occupational therapy program at the clinic.

In the decades that followed, the occupational therapy program included activities like woodworking and pottery to engage patients. By the 1970s, occupational therapy began focusing on patients’ performance in various aspects of their lives, such as home life, work or recreation. “From the very beginning,” says Kaufman, “Hopkins was at the forefront of this evolution.”

Instead of working with patients to complete a leisure activity, therapists started focusing on the activities that people needed to master to thrive in their day-to-day lives. A small room in Phipps was converted into a kitchen where patients could prepare and cook food.

“We got away from the task-based activities to occupy a person’s time and started integrating interventions to address the areas that patients needed to get back to their lives,” says Kaufman.

Today, the occupational therapy team within the Johns Hopkins Department of Physical Medicine and Rehabilitation helps children and adults with a variety of inpatient and outpatient specialized programs such as stroke, cancer, amputation, eating disorders and chronic pain. A multitude of facilities incorporate state-of-the-art equipment such as technology that simulates real-life situations so patients can learn new techniques with the help of their therapists.

More than 100 years later, the same Phipps Building where Meyer launched a psychiatry clinic incorporating occupational therapy hosts the faculty and staff in the Department of Physical Medicine and Rehabilitation. “We’re extremely proud of how the field began and how it continues to advance at Johns Hopkins,” says Pablo Celnik, director of the Johns Hopkins Department of Physical Medicine and Rehabilitation. “We continue to push the boundaries of medicine to benefit our patients.” 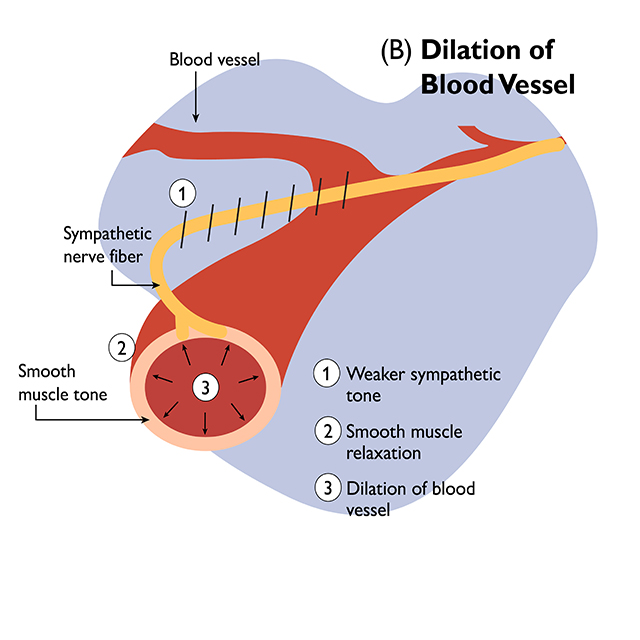 On the Heels of COVID-19: Influx of Patients with POTS Symptoms

Johns Hopkins experts are treating patients who were infected with the coronavirus and now experience severe symptoms of postural orthostatic tachycardia syndrome, or POTS. These may include profound fatigue; dizziness or intolerance to standing; chronic muscle pain; headache; and nausea, vomiting or irritable bowel syndrome.

The program was among the first-of-its-kind in the U.S. in 2020, and medical institutions across the country approached the team for guidance on developing their own ambulatory post-COVID-19 clinics.