The Wilmer Eye Institute boasts one of the strongest ophthalmology training programs in the world. Among the elements of Wilmer’s program is the position of assistant chief of service (ACS), a fellowship-trained faculty member and former Wilmer resident who dedicates one year to teaching residents. To learn more about the ACS experience and what it offers, we spoke with Ian Han, Wilmer class of 2013 and former assistant chief of service.

Can you describe the relationship between ACS and resident?

The relationship between ACS and resident is a unique aspect of the Wilmer residency experience. The ACS is at once attending, supervisor, leader, teacher, mentor, colleague and friend. These many dimensions develop over the course of a single academic year due to the diversity and intensity of the Wilmer training experience. It’s not surprising that the resultant bond is one that can last a lifetime.

How did your perspective change after you became ACS yourself?

As a resident, I greatly admired my chiefs and viewed them as near mythical figures — brilliant and unflappable individuals who, having succeeded through the same rigorous residency experience, could still relate to my everyday challenges. After I served as ACS myself, I realized how rich the arc of these relationships could be — the chiefs that I once looked up to as heroes had become my friends in the field, and many of my own residents have since similarly become close colleagues and collaborators. 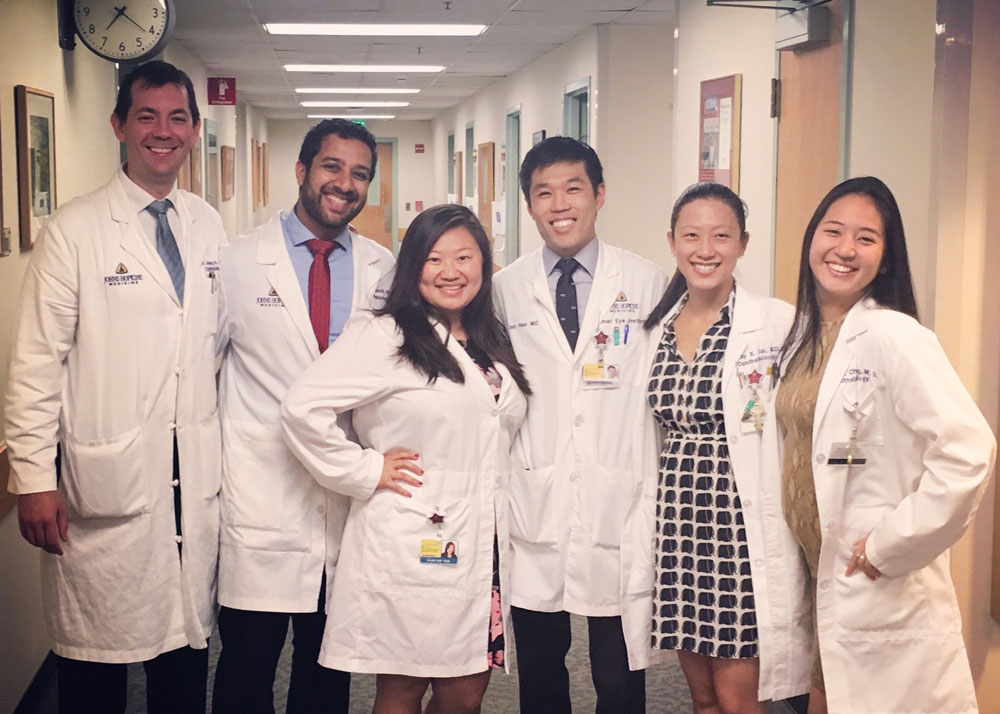 Did your experience with your assistant chiefs of service influence your desire to serve as ACS?

Without question my chiefs impacted my own decision to serve. We had a larger residency class (seven residents) than they do now, and much more autonomy (i.e., fewer faculty) in the resident clinics, so the ACS carried a huge workload with even more responsibilities than today.

I was always amazed at how my first-year ACS juggled all the responsibilities of running rounds, staffing the ED/inpatient unit, supervising the resident clinic and performing emergency surgeries. As a first year resident, it often felt like I just chased the back of his long white coat (which flapped heroically behind him like a cape, of course!) because he was always running — literally running — to the next thing. As my skills and knowledge grew through training, however, I increasingly realized how incredibly instrumental he had been to my growth as a physician. I pursued academic medicine because of the opportunity to have a similar impact on others. Led by my ACS’s examples, I saw that there was no more profound way to fulfill this purpose than to dedicate a year to serving as chief myself. 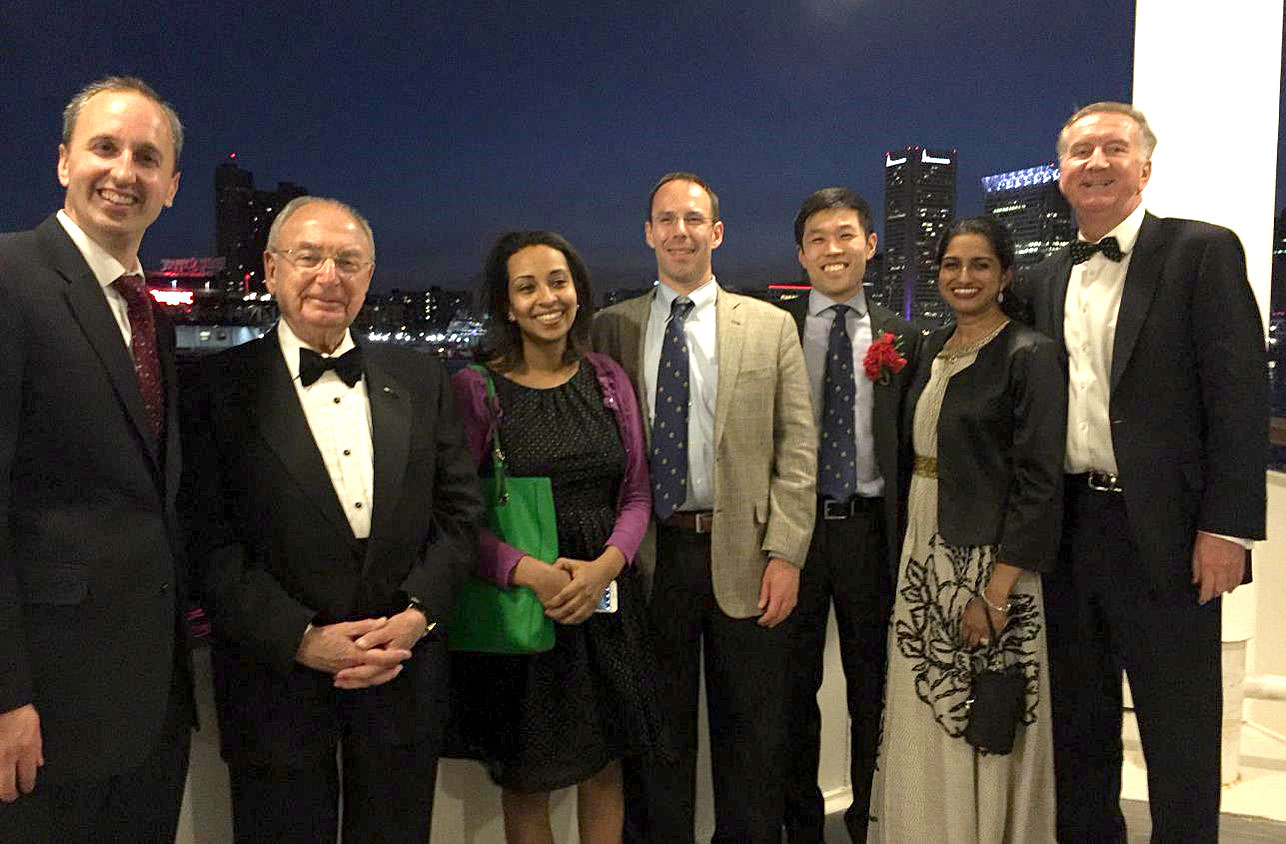 Can you comment on your relationship with the residents as ACS?

My daughter was born toward the end of my ACS year, so I can’t help but draw the parallel to devoted parenting: Training the first year residents is like tirelessly taking a “newborn” ophthalmologist and selflessly committing to their growth. It’s a tremendous investment of time, effort and energy. Some residents readily appreciate these sacrifices and perhaps understand them more with time, as I have, when they become mentors and teachers themselves. Others may not ever fully realize or appreciate how much you give, but that’s part of giving sacrificially — all they really need to know is that I love them, will support them through anything, and remain fully committed to their success throughout their careers.

I am so grateful that many of my former residents not only have become great friends but still seek my input and value my advice. My favorite part of meetings is catching up with former trainees one-on-one over coffee. It’s an honor to remain a meaningful part of someone’s life well beyond the original constructs and convenience of proximity. My former residents know they can still reach out to me about anything at any time.

In addition to the strong relationships formed with your trainees, what did you gain from the experience of being ACS?

The ACS experience is transformative on many levels. The most immediate gains are as an ophthalmologist — it’s like a decade of clinical experience compacted into a single rigorous year so challenging that you grow quickly by necessity as a clinician, surgeon and teacher. As a result, I started my faculty position at the University of Iowa feeling well prepared to provide high-volume, high-quality clinical care, no matter how complex the pathology.

Each year, I gain a better understanding of how the ACS experience matured me as a person and continues to grow me as a leader. Although I am still fairly early in my career, I’ve been given a lot of opportunities and responsibilities (a common theme among former assistant chiefs). This past year, the pandemic created a lot of unforeseen challenges and also exacerbated many existing issues across all of medicine. More than ever, I’ve had to leverage skills and experiences from my ACS year (e.g., insights into people management, dealing with adversity, how to navigate complicated hospital systems) to adapt in my current position and push for positive change. 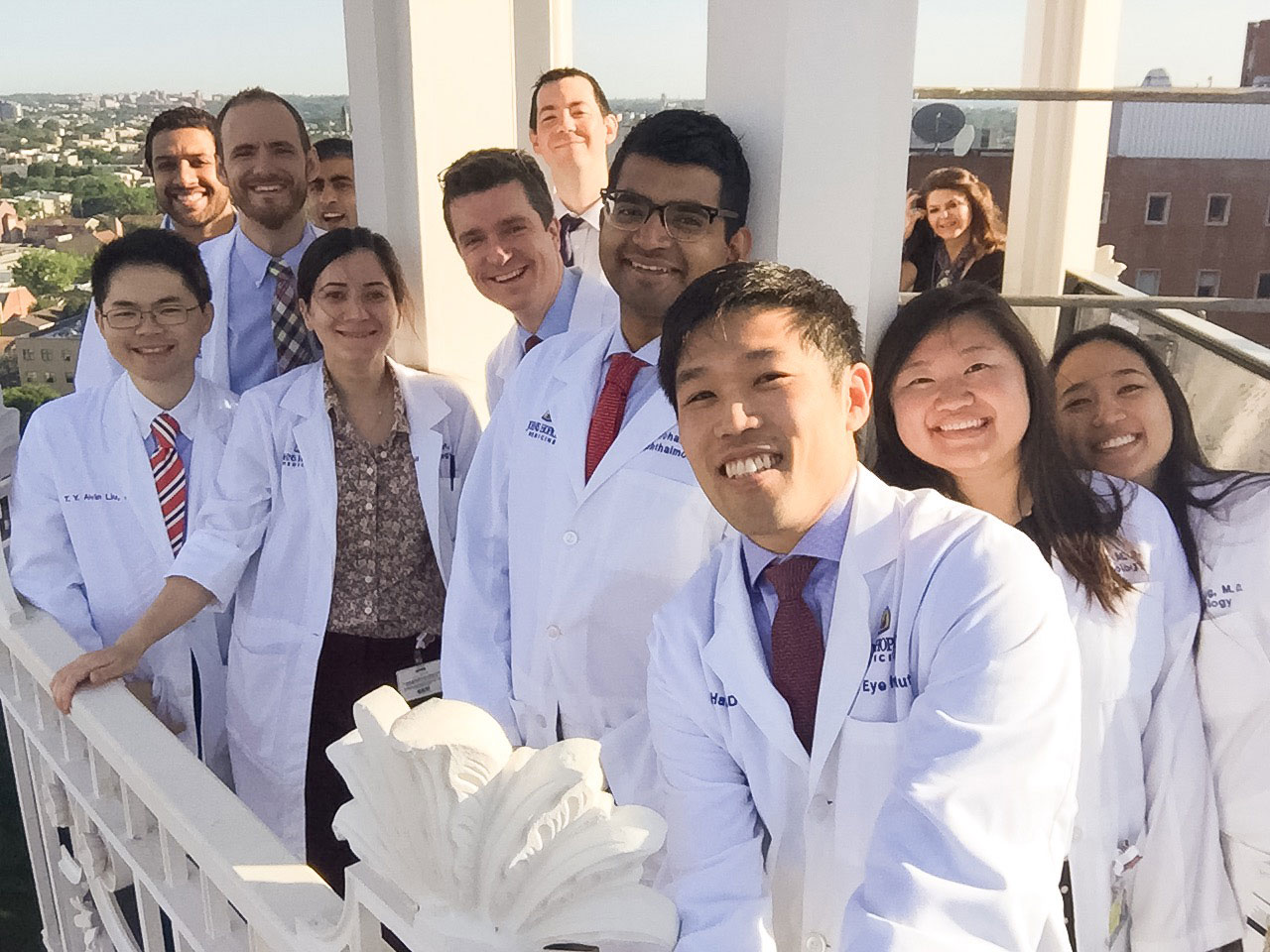 Now that you’re a few years removed from your ACS experience, have you gained any insights about the ACS structure?

I think the ACS position has had several existential moments, including during my time at Wilmer. For example, in the years prior, some other programs that had similar post-fellowship chiefs discontinued those positions and, whether official or not, there were rumors throughout my residency that Wilmer might move away from an ACS structure. I don’t really hear those rumors anymore. Given the constantly changing landscape of medical training, the longevity of the ACS role at Wilmer (and the lasting legacy of those who have sacrificially served through the decades) is absolutely incredible.

Ian C. Han, M.D., is an associate professor at the Institute for Vision Research, Department of Ophthalmology and Visual Sciences, University of Iowa Carver College of Medicine.