The lunchtime crowd gathering at an information table outside the cafeteria at The Johns Hopkins Hospital resembles a back-up on I-95—a situation when drivers traditionally reach for their phones, apply mascara or fish around for a better CD.

Kathy Noll is on the case. As manager of the adult trauma program of The Johns Hopkins Hospital, her job today is helping people learn how to prevent some of the “distracted driving” crashes that plague her department. She hands one gentleman a brochure detailing all the ways he might get himself in trouble behind the wheel.

“It seems like more and more people are trying to multitask as they drive,” she tells him. “Not that you’d ever do that, sir, but just in case, here’s a list.”

On this April day, Noll has joined with colleagues Susan Ziegfeld, who manages the hospital’s pediatric trauma and burn center programs, and Lauren Malloy, coordinator for pediatric injury prevention programs, to call attention to dangerous driving habits. The presentation is being held at the very same time by four other nurses who manage trauma programs within Johns Hopkins Health System.

Over at Johns Hopkins Bayview Medical Center, Marie Dieter and Natalie Tredway, who manage programs for the Adult Trauma Center and the Burn Center, are hosting a similar event. Meanwhile, Melissa Meyers, trauma program director of Suburban Hospital, is educating folks in Montgomery County. And Shaila Chopde, who coordinates the trauma center program at the Wilmer Eye Institute, is sharing space at Johns Hopkins Bayview.

Distracted Driving is one of the community outreach efforts these administrators coordinate each year to reduce injuries for thousands of Marylanders who are treated at the state’s specially designated trauma centers.

Johns Hopkins Medicine operates three of the nine adult trauma facilities in Maryland’s trauma system—and one of two pediatric trauma and burn centers. Additionally, it runs the state’s only designated adult burn center and the only center certified to treat traumatic eye injuries.

All six Johns Hopkins trauma program managers are nurses with advanced degrees and extensive experience in patient care. They are responsible for maintaining the patient registries that supply vital information to state and national trauma data banks, and for making sure that their centers comply with the state trauma-specific regulations needed to keep their certification.

They also manage staff and research projects, offer trauma education seminars, and meet regularly to discuss how to improve patient care and outcomes. And they’re always ready to explain how a trauma center differs from an emergency room.

“We’re still fighting the perception that if you have an emergency department, you can take care of anything,” says Meyers, who often finds herself telling patients and their families why their ambulance passed other hospitals on the way to Suburban.

In Maryland’s emergency medical services system, 85 percent of patients who are injured are taken to the nearest hospital emergency department, but the rest are directed to trauma centers that offer advanced medical and surgical services 24 hours a day.

For rapid response and resuscitation, trauma centers have protocols that most community hospitals don’t. They also treat patients with severe injuries that fit certain criteria determined by the Centers for Disease Control and Prevention. Blunt trauma injuries result from such incidents as car crashes, falls and blunt assaults, while penetrating trauma injuries cover gunshot and stabbing wounds. (Conditions that do not qualify for trauma center care include heart attacks, drug overdoses and infectious diseases.)

Although trauma patients may arrive through the emergency department, they are assigned to an extensive trauma care team who manages their hospital stay after their surgery and stay in intensive care.

Johns Hopkins Bayview, for instance, treats more than 2,400 trauma patients each year. Every impending arrival summons a team that might consist of a trauma surgeon, a burn surgeon, a senior surgical resident, an anesthesiologist, an emergency medicine physician, a trauma nurse, a trauma nurse assistant, a burn center nurse, a critical care nurse, an operating room nurse, a respiratory therapist and a radiology technologist, along with other critical resource personnel, such as the nursing supervisor, the chaplain and security staff.

Subspecialty medical services such as orthopaedics, neurosurgery, plastic surgery and cardiology are also available around the clock, according to program manager Dieter, who co-chairs the hospital’s trauma joint practice council. She also chairs the trauma quality improvement committee for the Maryland Institute for Emergency Medical Services Systems, the agency that oversees the state’s emergency medical care and verifies and designates the state’s trauma centers.

Dieter says injury prevention remains a priority for her fellow program managers. In addition to improving the review and reporting of trauma care, they are developing a Stop the Bleeding Campaign that will teach health care providers, security officers and first responders how to apply pressure and tourniquets for hemorrhages. In September, they will hold another same-day community awareness event on how to prevent the falls that cause nearly 40 percent of trauma admissions in Maryland.

“This field has historically been associated with quality improvement,” she notes. “Trauma is a team sport. We are all contributing what it takes to make the system work better.”

“The contribution that the Johns Hopkins Health System makes to trauma care in Maryland is enormous.”

As a 15-year veteran nurse at the Wilmer Eye Institute, Chopde manages the nursing staff for pre-op and post-anesthesia care. She added the role of trauma coordinator in 2008. She says the eye trauma center sees approximately 30 patients a month who qualify for the eye trauma registry. Some of the injuries include orbital fractures, open globes, lid lacerations, hyphemas (pooling of blood in the eye) and acid splashes that result from causes such as falls, fights and failure to wear protective eyewear.

Twice a year her staff offers a course to nurses at The Johns Hopkins Hospital and Johns Hopkins Bayview Medical Center in how to care for eye trauma patients.

“The best part of my job here is that all the nurses work so well together,” she says. “There is a collaborative effort in everything we do, including trauma.”

Before Dieter took her position at Johns Hopkins Bayview in 2013, she had worked as a nurse in orthopaedics, trauma, the intensive care unit, the Emergency Department and also served as a paramedic emergency services nurse.

She’s now responsible for overseeing the hospital’s trauma and burn center registries as well as for making sure that the trauma program adheres to Code of Maryland regulations for trauma care. She introduces quality-improvement initiatives for trauma care, administers trauma education for clinicians and stages community outreach programs on injury prevention.

“The two biggest mechanisms of injury here are elder falls and car crashes,” Dieter notes. “So we, along with all of the centers in the health system, hold prevention events for them. One of the first tenets of a trauma center is to provide injury prevention education.”

Meyers, who has worked at Suburban since 2007, spent her early career as a nurse in the emergency department of a hospital in Cumberland, Maryland, where she eventually coordinated the trauma care program. In such rural settings, she says, clinicians are apt to know the patients and their family members.

Meyers says she always wanted to work in emergency and trauma services. “I liked unplanned events that make you think quick, that have different things coming at you. As a bedside nurse, I made a difference in the patients who came into my center. Now I have an opportunity to make a difference on a grander scale. I get excited about quality improvement that has to do with direct patient care where you can actually see the results.”

On staff at Johns Hopkins since 1984, Noll began working as a nurse in the emergency department, gradually becoming a nurse educator. After completing her master’s degree at the school of nursing in 2002, she became the hospital’s trauma program manager.

In addition to her duties at the hospital, she serves as treasurer of the Maryland Trauma Center Network (TraumaNet) and is also the Maryland chair for the national Society of Trauma Nurses.

“I love the partnerships I’ve built with people,” she says. “I’ve been able to work on different projects with other trauma program managers across the state…. The complexities and responsibilities of this job keep me wanting to learn and do more. And most important: We’re always focused on improving the care that we deliver to trauma patients.”

“I make sure we do all the things we need to do to keep our certification,” she says. Additionally, she  has created a system that improves the way the burn team is notified about  incoming patients with burns severe enough to merit the center’s elevated level of care.

“Being a frontline nurse, you’re very focused on patient care and that one specific patient you’re taking care of,” she says. “In this position I get a much broader view of the unit and the hospital.”

When Ziegfeld came to the Johns Hopkins Children Center in 2001, she took a job as coordinator for the pediatrics trauma program. Her role expanded to include the pediatric burn center when it was created in 2006.

Now she supervises the nursing staff for pediatric surgery as well as for the trauma and burn centers, and helps to co-ordinate their research and their education.

Ziegfeld continues to work as a pediatric nurse practitioner, caring for both inpatients and outpatients. “This morning I saw 15 burn and five trauma patients,” she says. “If I’m supervising staff, I should be able to know that I can still pull up my sleeves and help out.”

Seven case managers, 4,834 miles and hundreds of opportunities to help

On the Eastern Shore, case managers log laughs, tears and miles as they visit residents and guide them through complex illnesses. 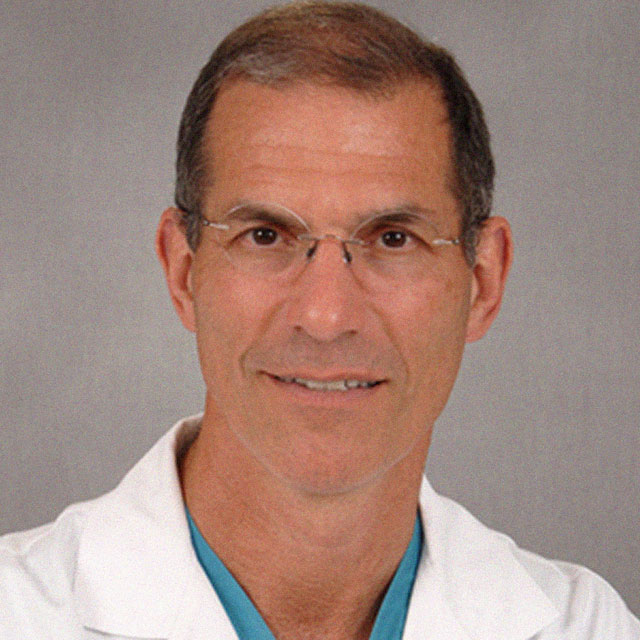