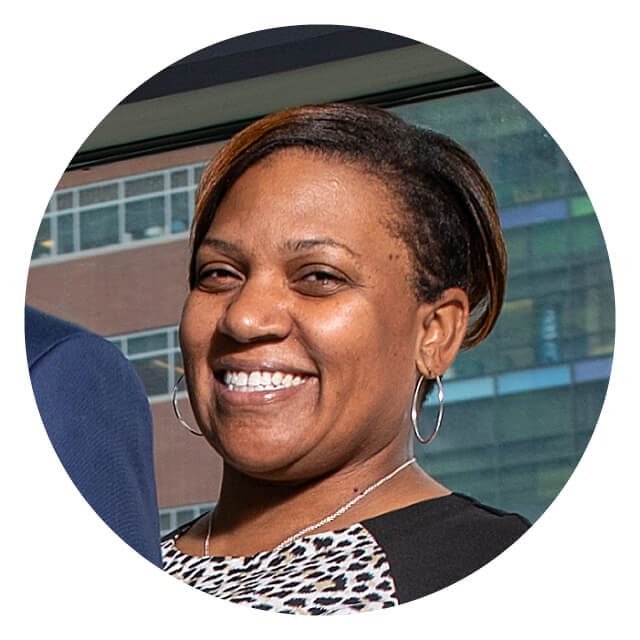 A major barrier to acquiring gender affirming surgery is finding the money to pay for it. Malika Blackmon, who has worked for the Johns Hopkins Health System since 1997, is the center’s senior financial clearance specialist. She confirms patients’ insurance coverage and secures authorization for the services that the center provides.

Over the years, she has worked in revenue cycle management as well as other areas at the Johns Hopkins Home Care Group and Johns Hopkins Bayview Medical Center.

“I love serving and being an advocate for my LGBTQ community,” she says. 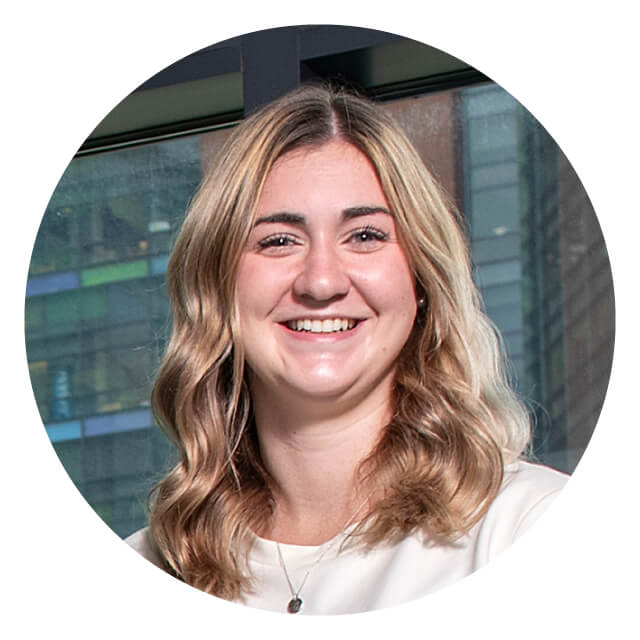 “I am proud to be that first face to welcome patients, to get to know more about them, and listen to their surgical goals,” she says. “I get to be there as they go into surgery, and when they wake up, and to follow them during every postoperative visit as they heal and become more confident.

“Being part of a team that has the chance to positively change someone’s life is incredibly humbling.”

Bethany Henderson has devoted her career in social work to health equity — confronting and dismantling barriers to health care. Before joining the center in April 2018, she managed health care coordination, social work, crisis intervention, placement and referral services, and advocacy for transgender and nonbinary youths and their families at STAR TRACK, a program for adolescents and young adults through the University of Maryland School of Medicine.

Henderson facilitates a transgender youth group in Baltimore County in connection to PFLAG, an organization that unifies people who are lesbian, gay, bisexual, transgender and queer with parents, families, friends and allies.

The clinical social worker likes to remind the larger medical community that not every transgender person needs medical intervention. “A trans woman is a trans woman regardless of whether she’s had hormones or surgery,” she says. “What’s important is that individuals are treated with respect, provided access to care they need and that medical providers continue to educate themselves on working with transgender patients.” 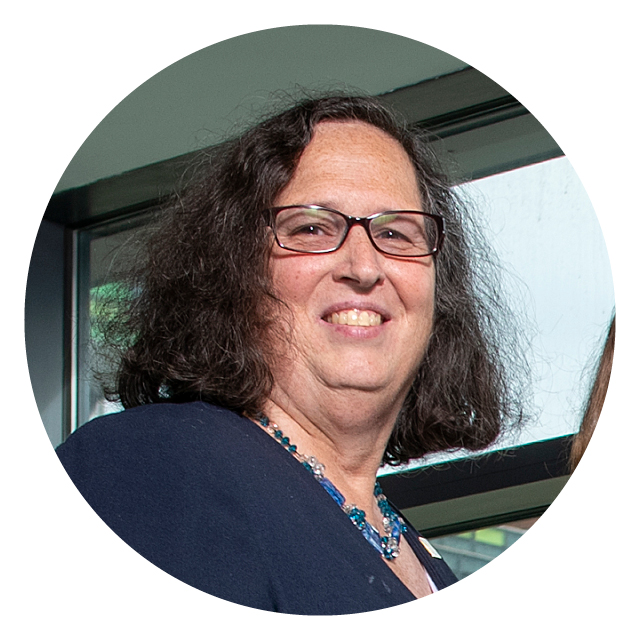 “Most doctors have never been exposed to transgender health care,” she says. “Most nurses haven’t either because it has not been part of the actual formal curricula in medical or nursing school, in residencies, or as part of continuing staff education. So I started doing cultural competency lectures.”

A graduate of the U.S. Naval Academy, Neira served as a surface warfare officer and was assigned to mine warfare combat during the Gulf War. Considered a leading expert on transgender military service, she describes her educational role at Johns Hopkins as a “force multiplier” — a military term referring to dramatic increase in the ability and effectiveness of troops.

“Having worked on the military’s ‘don’t ask, don’t tell’ policy’ and on changing the transgender military regulations, I have a pretty good idea of how to help institutions that tend to be kind of conservative, or resistant to change, move forward,” she says.

Acting as a liaison between Johns Hopkins Medicine and members of the transgender community, she informs potential patients about the center’s health care services and the welcoming attitudes of the clinical staff. The effort is more than succeeding — in the 18 months since the center opened, roughly 150 people have received gender affirming surgeries, and the center is helping hundreds more receive treatment. 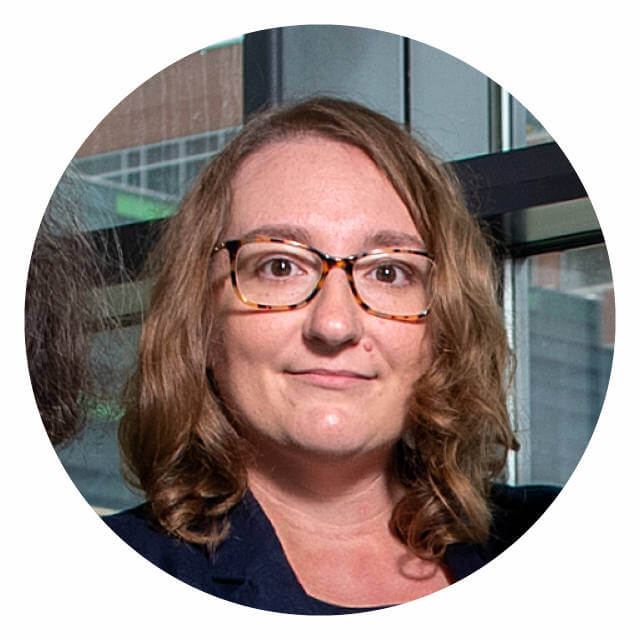 From the start, the new job was a sprint.

When coordinator Melissa Noyes helped launch the center in April 2017, she expected the program to build slowly. Instead, in a little over a year, she engaged with more than 830 patients seeking services, and helped plan and open the center’s administrative headquarters.

Fresh from a job scheduling appointments for plastic surgery patients, she had only three days of training. “I hit the ground running,” she says. “I just kind of figured it out as I needed to.”

Now, as one of the center’s three founding staff members, she is a pillar of the program. One of her roles is to work with financial clearance specialist Malika Blackmon to help patients secure payment for their treatment.

“From a patient perspective, there is nothing worse than having to navigate this whole treatment process with nobody pointing you in the right direction,” Noyes says. “I tell patients, ‘Hopkins has me here to do this for you. You need to worry about getting ready for surgery and about what that will mean for you. I can handle this.’” 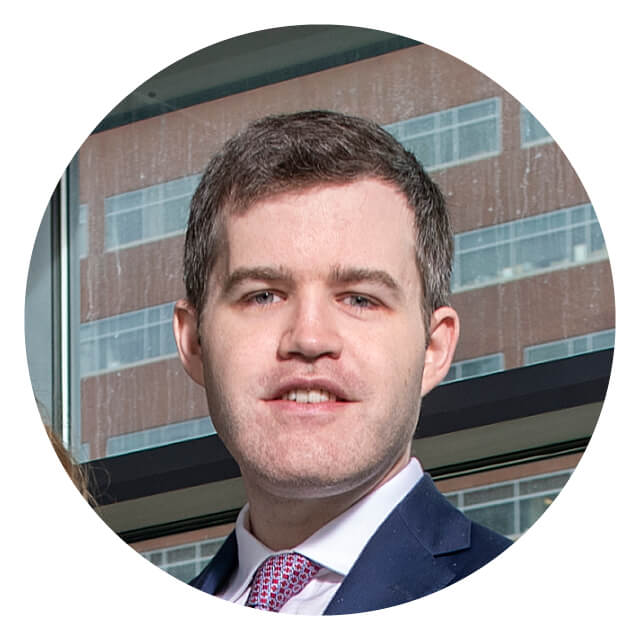 Since the center opened in 2017, Devin O’Brien Coon has performed roughly 150 gender affirming surgeries, while overseeing research that focuses on materials science and tissue engineering for surgical applications.

In biomedical engineering circles, however, the surgeon-scientist is better known as the creator of EchoMark, a medical device that helps detect blood clots that can form after surgery. Patented through Hopkins and approved for use by the Food and Drug Administration, the device helps clinicians guide an ultrasound probe directly to the surgical site — where there is risk of a blood clot forming in the early period after surgery — in order to enable an automated measurement of blood flow. The artificial contrast generated by the marker makes the surgical site simple to locate in an ultrasound image.

“I invented this because it’s a problem I deal with all the time,” O’Brien Coon says. “One of the most difficult things in a microvascular phalloplasty is sewing together 1-millimeter blood vessels. If you go a 10th of a millimeter too deep with a suture, the blood’s not going to flow properly. It will clot off and eventually all of the tissue will die. But if we can detect clots while they’re still small, we have a far greater chance of salvaging the surgery.”

His interest in gender affirming surgery first began when he had the opportunity to meet transgender patients trying to navigate the medical system and felt that they were critically underserved. Since then, he has largely devoted his clinical practice to performing the most complex types of reconstructive gender surgeries, while simultaneously working to build a comprehensive center that can address all patient needs, including medical, surgical and behavioral health services.

Valessa Sneed says she enjoys scheduling visits and providing customer service for transgender patients because she has a history of helping people in underserved communities.

“The LGBTQ community is very near to my heart,” she says. “Working here at the Center for Transgender Health, I know that I am assisting individuals with getting closer to their goal of mental and physical well-being.”

Sneed has worked in the patient access call center at Johns Hopkins at Keswick since June 2018. Her most memorable experience so far?

“Scheduling a patient for their surgical consultation and hearing them cry on the phone,” she recalls. “They were saying, ‘I’m so excited! I’m one step closer to being the person I’m supposed to be.’ That was an amazing feeling.”