Complication from treatments for Joe Steiger’s muscular dystrophy had left him with bilateral vocal cord paresis since the age of 10. In an effort to return his voice, Steiger, now 28, had multiple surgeries over seven years—the last a medialization laryngoplasty at age 17. However, when the procedure didn’t have the desired effect due to underlying respiratory muscle weakness, surgeons removed the implants. Steiger soon noticed an unexpected and extremely undesirable consequence: without the implants, he readily aspirated while eating.

He became steadily dependent on a bilevel positive airway pressure (BIPAP) machine and suction to clear his lungs during every meal, leaving him increasingly homebound. After nine years of suffering, a frightening choking incident spurred him to seek help. In 2013, he found himself in laryngeal surgeon Simon Best’s office, discussing options to solve this problem.

After a full workup, including videostroboscopy to test Steiger’s vocal cord function, Best suggested possible remedies. Injections of a filling agent might thicken the vocal cords enough to help prevent aspiration, but it wouldn’t be a permanent fix. A total laryngectomy would permanently prevent aspiration from eating, but it would also be a radical and life-changing surgery, altering Steiger’s physical appearance, manner of breathing, and even his sense of smell. A third option was to perform another medialization laryngoplasty, returning the implants that had previously pushed Steiger’s vocal folds together.

“I was confident that the implants would return eating to normal,” remembers Steiger. But it wasn’t an easy decision. After difficult recoveries from several previous surgeries to treat various conditions associated with his muscular dystrophy, he was hesitant to move ahead.

Best was also concerned that another medialization laryngoplasty might not have the results that Steiger was looking for—after all, the procedure is usually used for voice problems, not swallowing issues. “I wasn’t sure of his chances of success,” Best says. “But with few good options, and based on his previous history of better swallowing when these implants were in place, I trusted that this procedure would help him.”

In November 2013, Steiger underwent the two-hour surgery, which is typically performed awake to help surgeons fine-tune the implants’ placement based on the patient’s use of their voice. Although Steiger can’t phonate very well because of his muscular dystrophy, the movement of his vocal cords was still helpful for positioning the implants.

Within days after surgery, it was clear that the procedure was a success. Steiger was able to eat without aspiration for the first time in nearly a decade, which opened up a myriad of possibilities that wouldn’t have existed otherwise. Now able to confidently eat outside his home, he was able to travel. In January 2015, he achieved his longtime dream of traveling from his home in Sykesville, Maryland, to Burbank, California, to attend a filming of his favorite show, The Big Bang Theory, and meet cast members.

“That trip was and will be the most memorable thing I ever do,” says Steiger. “It was all possible from successful surgery and never giving up on your dreams.” 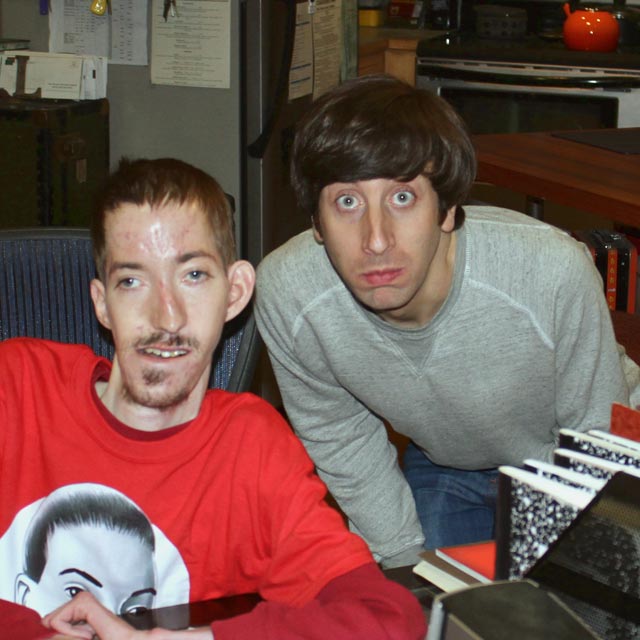