The Johns Hopkins Heart and Vascular Institute is pleased to announce the following appointments:

Charles Lowenstein, M.D., has been appointed director of the Division of Cardiology and co-director of the Heart and Vascular Institute. Dr. Lowenstein originally came to Johns Hopkins as a cardiology fellow in 1991 after completing his medical residency at Massachusetts General Hospital and a research fellowship at the Massachusetts Institute of Technology. In 1993, he joined the Johns Hopkins faculty and helped lead the Ciccarone Center for the Prevention of Heart Disease until he was recruited in 2009 to become the chief of cardiology and director of the Aab Cardiovascular Research Institute at the University of Rochester School of Medicine and Dentistry. He has served on the NIH Atherosclerosis and Inflammation Cardiovascular Sciences study section, and is a member of the Sarnoff Cardiovascular Research Foundation, an organization that funds medical student research. Dr. Lowenstein’s research focuses on vascular biology, exploring molecular mechanisms of vascular inflammation and thrombosis.

Bret Mettler, M.D., has been appointed director of pediatric cardiac surgery and co-director of the Blalock–Taussig–Thomas Pediatric and Congenital Heart Center.

Dr. Mettler joins Johns Hopkins from Vanderbilt University Medical Center, where he served as the director of pediatric cardiac transplantation and mechanical support since 2010. A native of South Dakota, where he was a magna cum laude undergraduate and medical student at the University of South Dakota, Dr. Mettler has had extensive and impressive surgical training at leading centers throughout the country. He completed his surgical residency training at the University of Texas at San Antonio and the University of Michigan. He completed a research fellowship in cardiac tissue engineering at Boston Children’s Hospital, followed by a cardiothoracic surgical residency at the University of Virginia and a congenital cardiac surgery fellowship at Boston Children’s Hospital, Harvard Medical School.

Avinash Ganti, M.D., specializes in all facets of vascular surgery, with particular interest in extracranial carotid disease, aortic aneurysmal and occlusive disease, and peripheral arterial occlusive disease — including challenging infra-inguinal reconstructions. With more than a decade of experience as a practicing vascular surgeon, Dr. Ganti comes to Johns Hopkins from St. Agnes Hospital, where he was an attending physician. He primarily sees patients at Johns Hopkins Bayview Medical Center. 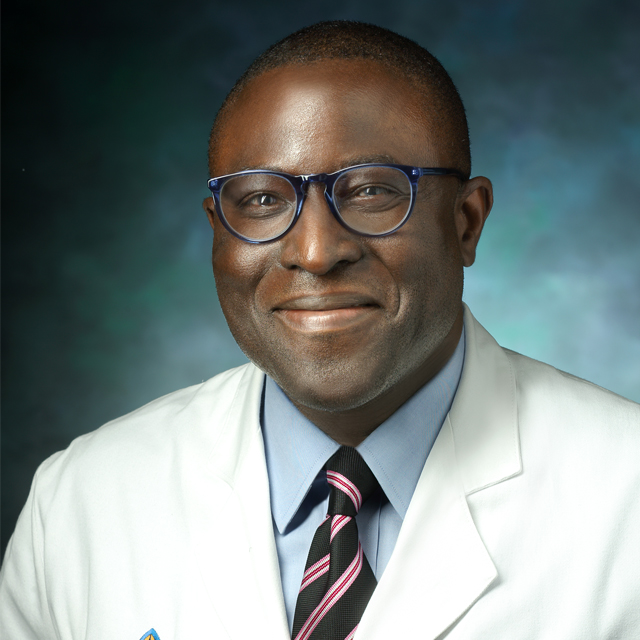