The first woman to head a department in the Johns Hopkins University School of Medicine, Crosby was a protégé of Max Brödel (1870–1941), the founder of the Department of Art as Applied to Medicine. She became head of that department — the nation’s first — in 1943 at the age of 29, and served as its director for 40 years. Crosby continued to teach there for 22 more.

Usually, the accolade for longest-serving medical school department head at Johns Hopkins is accorded to John Jacob Abel (1857–1938), a member of the original school of medicine faculty. He became head of pharmacology in 1893 and held the job until 1932 — then an unequaled span of 39 years. The first to isolate the hormone adrenalin, Abel crystallized insulin in 1926, paving the way for its modern use in medicine. He also invented a prototype for an artificial kidney for renal dialysis.

Although Abel holds the record as the longest-serving director of a clinical or basic science department, Crosby’s leadership of Art as Applied to Medicine is the longest in the history of the entire medical school.

While a student at the Connecticut College for Women, Crosby corresponded with Brödel, seeking his advice on what undergraduate courses would enable her to pursue medical illustration as a profession. After graduating in 1937, she enrolled at Johns Hopkins to study with Brodel and fully embraced his dictum: “Copying is not medical illustrating. In a medical drawing, full comprehension must precede execution.”

Crosby considered her strengths as an artist to be her skills in draftsmanship, optical realism, portraiture and critical judgment. Her quick, incisive assessments of preliminary drawings by colleagues and students left an indelible impression. 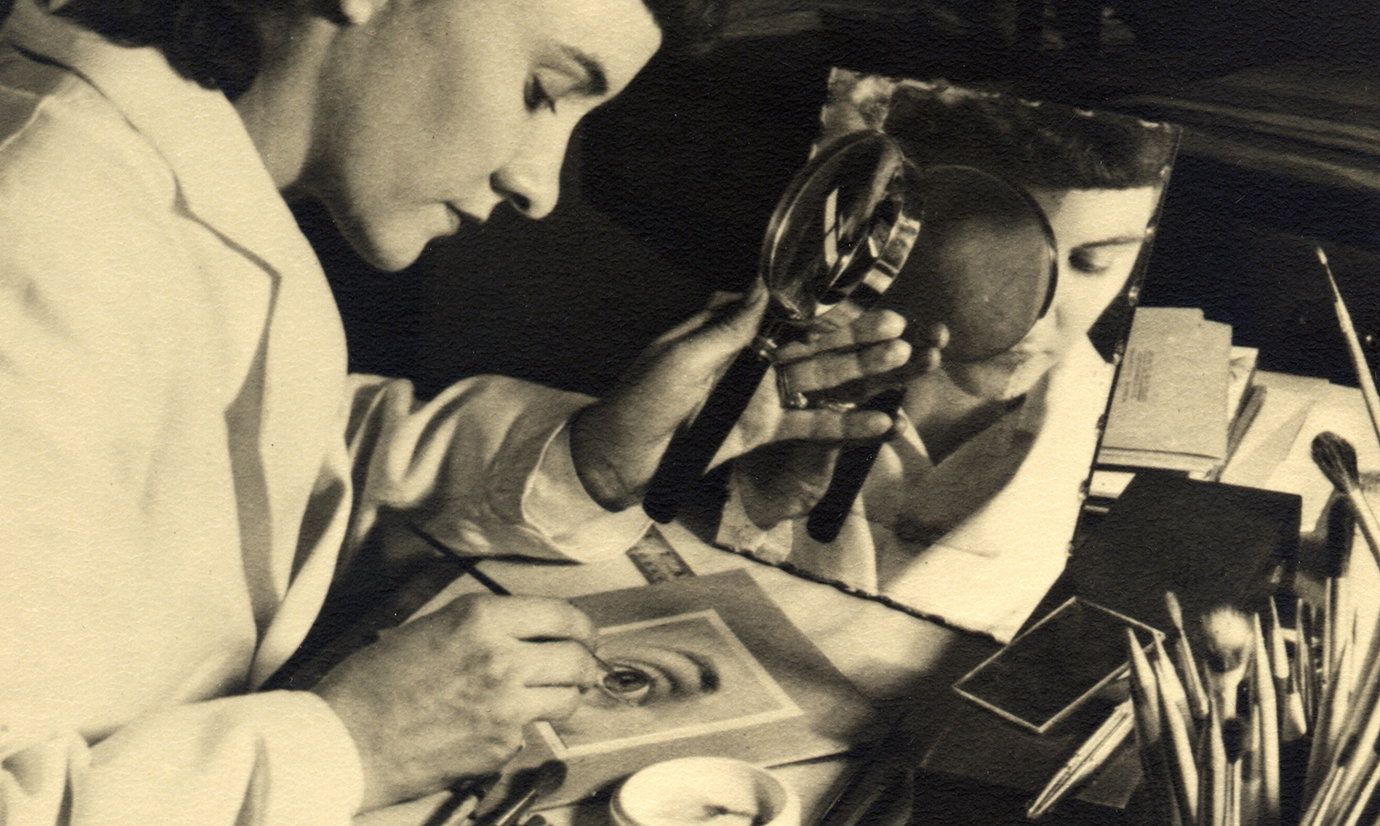 “She had a great eye for detecting a problem in a sketch or illustration and how to fix it,” said Cory Sandone, the current director of the department who worked — and often carpooled with — Crosby.

In The Baltimore Sun obituary of Crosby, Sandone noted that the artist was very direct in her evaluations. “In one or two potent sentences, she could tell you what needed to be done with an illustration.”

Sandone’s predecessor as director of the department and, like Sandone, a Crosby protégé, was Gary Lees. He says working side-by-side with Crosby for 35 years proved to him that “no other individual provided more to enhance and advance the art and science of medical illustration than Ranice.”

Crosby was a founding member of the Association of Medical Illustrators in 1945, and her leadership helped establish the profession’s accredited graduate programs. Her many professional honors include:

Additionally, in 1986, alumni, faculty members and friends established the Ranice W. Crosby Distinguished Achievement Award for scholarly contributions to advancement of art as applied to the sciences.

In her 60 years of teaching, Ranice Crosby’s impact on more than 250 students of medical illustration is unlikely to be surpassed. 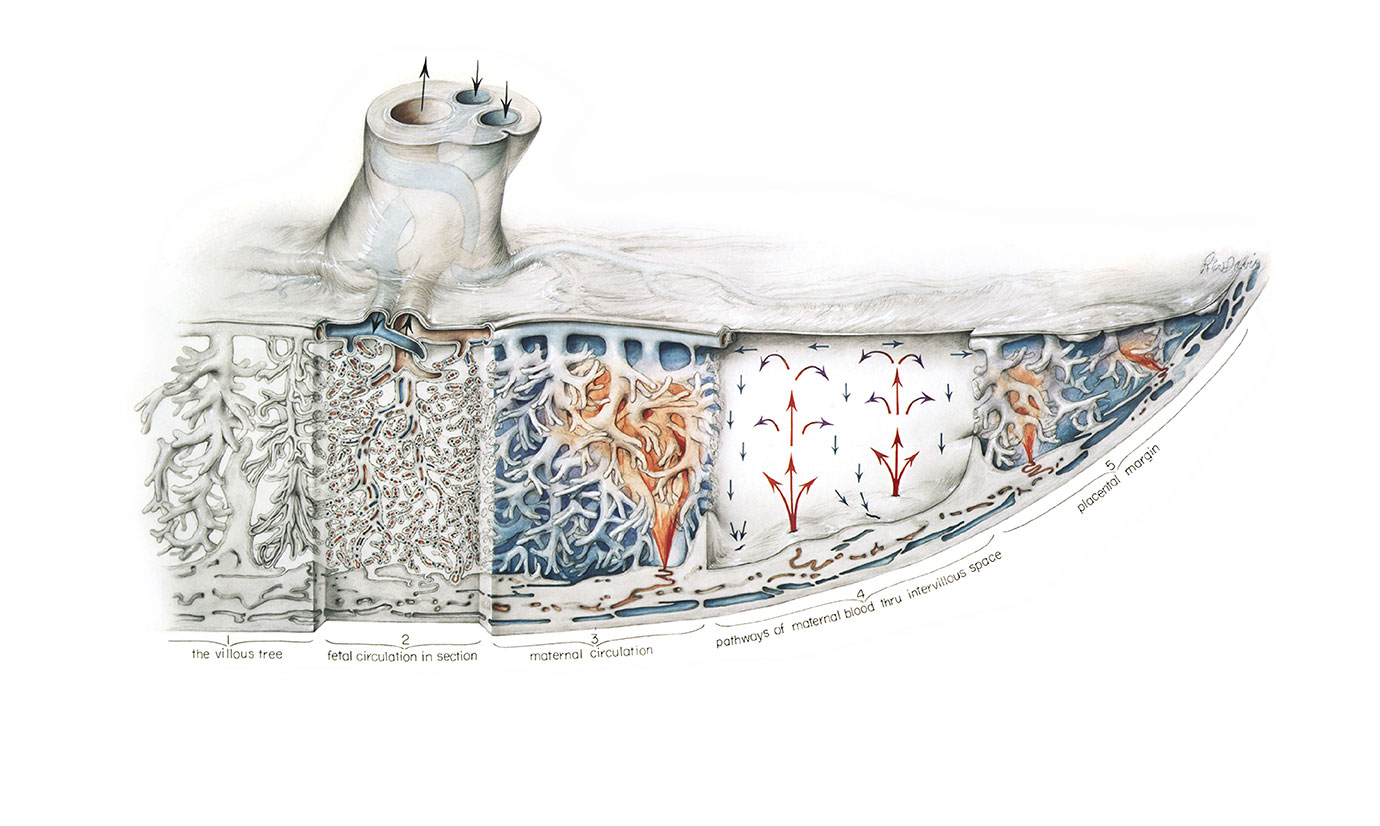 This seminal illustration depicts the structure and the physiological mechanisms of circulation in the placenta. It exemplifies the sensitive use of media, emphasis on clarity and didactic quality of Ranice Crosby's work.
Request an appointment
Johns Hopkins' medical concierge services offer complimentary assistance with appointments and travel planning. Request free assistance:
All fields required *
Historical Moments with Neil A. Grauer

Neil A. Grauer tells the story of the Johns Hopkins researcher who coined the term “biological clock.”

Neil A. Grauer reveals the medical secrets of a mummy and other little-known facts from the annals of Johns Hopkins Medicine.
back to top button