STOCKHOLM—Blend the buzz of the Super Bowl, the glamour of the Academy Awards, and the pomp of a royal wedding, and you have some semblance of the atmosphere of the Nobel Prize award ceremony and banquet, held each year on Dec. 10, the anniversary of Alfred Nobel's death.

On a grand stage in the Stockholm Concert Hall on Tuesday, Johns Hopkins physician-scientist Gregg Semenza accepted his 2019 Nobel Prize for physiology or medicine from King Carl XVI Gustaf of Sweden in front of a crowd of 1,560 guests, including fellow laureates, dignitaries, and invited family and friends.

At the ceremony, which was watched by millions on live television and streamed online, speeches extolled this year's 14 laureates and their contributions to humanity, including Semenza's pioneering research on how the human body adapts to changes in oxygen availability. After the speech, the king handed each laureate a diploma and medal made by hand from 18-carat recycled gold. The presentation of each Nobel Prize was framed by brief musical interludes by the Royal Stockholm Philharmonic Orchestra, under the baton of conductor David Björkman and accompanied by soloist Sofie Asplund, a Stockholm-born soprano and celebrated opera singer.

Semenza, the C. Michael Armstrong Professor of Medicine at the Johns Hopkins School of Medicine, said the event's grandeur certainly lived up to its billing, but having his family there—his sons, Gabe and Evan, in white tie and tails and his wife, Laura, and daughter, Allie, in formal gowns—was a particular highlight.

"The best part of the ceremony was seeing my family in the audience," Semenza said. "And listening to the vocalist, whose singing, especially the last piece from Romeo and Juliet, was rapturous." 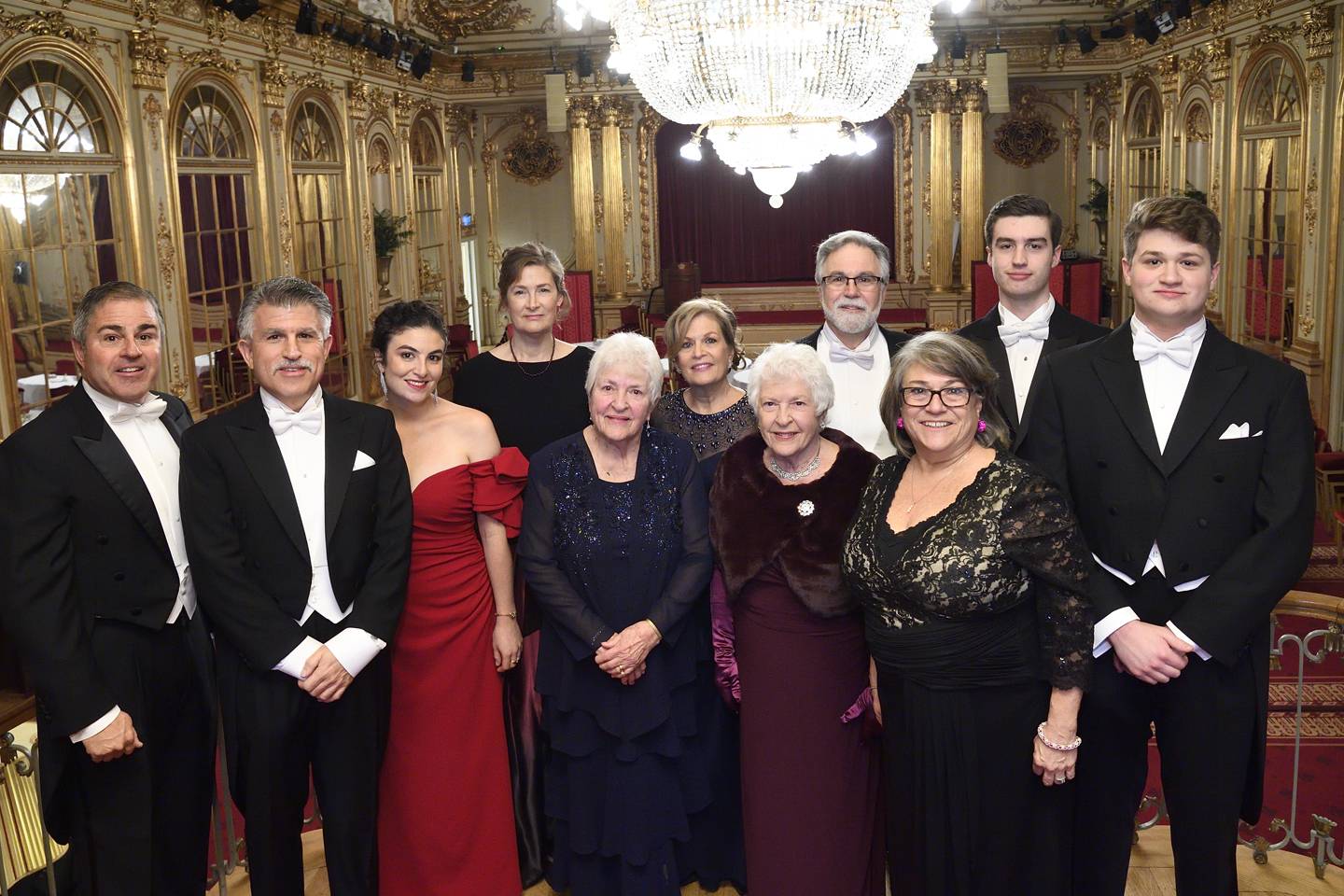 Speaking on the eve of the event, Johns Hopkins University President Ronald J. Daniels said that it was a proud day for Johns Hopkins, and Semenza's honor is a testament to the wondrous collegial character of the institution that nurtures such achievement.

"This is the top of the pyramid. This is such an extraordinary prize," Daniels said. "Think about it—there are 7 billion people on the face of the Earth, and just a very small handful each year are being recognized for extraordinary intellectual achievement. It's fabulous for Gregg. It's fabulous for Johns Hopkins, and all the institutions affiliated with Gregg. What you're seeing here in Stockholm is a real moment where you're celebrating fact, reason, scientific inquiry, human creativity, ingenuity, and the persistence of will."

Since 1930, the Nobel Prize banquet has been held in the grand Blue Hall of Stockholm City Hall, and this year's event seated 1,300 people, including 250 students. Semenza sat at the long Table of Honor, two seats away from Swedish Prime Minister Stefan Löfven and seven seats from Queen Silvia of Sweden. The hall's 65 tables were covered with some 500 meters of linen cloth, and the meticulous table setting comprised some 9,540 porcelain pieces, 5,400 glasses, and 9,450 items of cutlery. More than 40 chefs and 190 servers worked the meal, the menu of which was a well-kept secret until the moment the food was served.

After dinner, the dessert—which this year was raspberry mousse, dehydrated chocolate mousse, raspberry kissel, and raspberry sorbet—was delivered in the most grandiose of fashions. Called the dessert parade, a throng of servers descended the marble steps into the main dining hall carrying the course on silver trays with a lit sparkler as its centerpiece.

Get a taste of the 2019 Nobel Banquet’s dessert – watch as it is created by confectioner Daniel Roos.

Every detail of the event was meticulously planned. More than 25,000 flowers were used at both the prize ceremony and banquet venues. They were grown in and donated from Sanremo, Italy, where Alfred Nobel spent the final years of his life. The theme of the floral decorations at City Hall was the interaction between humans and nature, the natural cycle, and our seasons. The floral decorations on the banquet's Table of Honor were a modern interpretation of a flowery summertime meadow, where the faded golden-beige tones of dried grass and seed pods were mixed with pale green shades of delicate fresh foliage.

As the ceremony took place at the Stockholm Concert Hall, a group of Semenza's family, friends, and colleagues watched the event live at a parallel event held at the Grand Hotel in Stockholm. They cheered on Semenza and family each time they came on screen, raising their glasses to toast the Nobel laureate. Guests at the watch party included David Valle, Semenza's supervisor and director of the Institute of Genetic Medicine at Johns Hopkins School of Medicine. He said he was thrilled to be in Stockholm to support his friend and colleague and to participate in Nobel Week activities for the first time.

"It's been really exciting," Valle said. "We all knew that Gregg's work was super high quality and very important. It's fair to say his work has really just scratched the surface. We will continue to see a lot of related interesting discoveries coming out of this seminal set of observations. So it lifts everybody here at Johns Hopkins. It lifts the quality of science. It lifts the spirits. It lifts the sense of pride. And because Gregg has been a part of Hopkins for 33 years, it's really a recognition of Johns Hopkins genetics research."

While coffee and liqueurs were served, laureates delivered speeches of thanks after being introduced by the evening's toastmaster, Sara Tabari. The banquet concluded at roughly 9 p.m., followed by dancing in the Golden Hall, with music by the Laszlo Royale dance orchestra. The festivities did not end there, however—a nightcap after-party lasted on into the night.

On Wednesday, Semenza and his wife will have a private tour of the Vasa Museum in Stockholm and later dine with the royal family at the palace.

"And then we will be done with the pomp and circumstance," Semenza said.

After that, it's back to his "normal life," he said—or, at least, as normal as it gets for a Nobel laureate.