Ethan L. Welch, of Rochester, New York, recently published Quackonomics!: The Cost of Unscientific Health Care in the U.S. …and Other Fraud Found Along the Way. A professor emeritus of vascular surgery at the University of Rochester Medical Center, Welch practiced in Rochester hospitals and taught at the University of Rochester for more than 30 years. His book discusses the various forms of nonscience-based treatments that offer costly hope and unproven outcomes to patients. “Fake news is bad enough,” he has written. “We cannot allow ourselves to be buried in fake medicine.”

Michael H. Cohen, of New York City, has received a 2019 Ellis Island Medal of Honor for career achievement in medicine. A specialist in coronary artery disease, congestive heart failure, hypertension, coronary bypass surgery, coronary angioplasty and stenting, Cohen also has taught medicine and cardiology trainees in the coronary care unit of the Columbia University Medical Center (CUMC) and previously served as chief of service at the New York Heart Institute of CUMC. The Ellis Island Medals of Honor are awarded annually to distinguished citizens who exemplify a life dedicated to community service while celebrating the history, traditions and values of their ancestry.

Henry T. Wasserman, of Miami, has retired after serving for 25 years as a public health physician and epidemiologist with the Ministry of Health in his native Costa Rica. He moved to Miami to be closer to his children and grandchildren.

L. Michael Brunt, of Clayton, Missouri, an internationally recognized leader in laparoscopic surgery, has received a Distinguished Alumnus Award from the Johns Hopkins Alumni Association. A professor of surgery at Washington University in St. Louis, Brunt was one of the first Washington University surgeons to fully adopt laparoscopic surgery and is renowned for his work in laparoscopic adrenalectomy. As a member of the board of governors of the Society of American Gastrointestinal and Endoscopic Surgeons, he has been a leader in educating surgeons worldwide in minimally invasive surgery. A gifted teacher, he was voted Clinical Teacher of the Year five times between 2000 and 2006. He also is team surgeon for the St. Louis Blues hockey team and has a nationwide referral practice for collegiate and professional athletes with sports hernias.

Jonathan W. Simons, of Long Beach, California, an acclaimed physician/scientist who is a leader in translational prostate cancer research, is the president and CEO of the Prostate Cancer Foundation. A protégé of renowned cancer researchers Bert Vogelstein ’74 and the late Donald Coffey ‘64 (Ph.D.), Simons joined the faculty as an associate professor of oncology and urology in 1991. He was director of the molecular pharmacology program and cancer gene therapy laboratory at Johns Hopkins until 1999, when he was recruited by Emory University to become the first director of its Winship Cancer Institute. At both Johns Hopkins and Emory, Simons’ laboratories made original, major contributions to prostate cancer immunotherapy, immunobiology and the basic molecular biology of prostate cancer angiogenesis and bone metastasis. He became head of the Prostate Cancer Foundation in 2007. In 2011, he was elected to the Johns Hopkins Society of Scholars, and this year, the alumni association has bestowed upon him a Distinguished Alumnus Award.

Michael P. Boyle, of Ellicott City, Maryland, has become president and CEO of the Cystic Fibrosis Foundation, for which he previously served as senior vice president of therapeutics development (2015–2019). In that role, Boyle shaped the foundation’s clinical research strategy, overseeing the clinical development programs of new treatments for the foundation, and its Therapeutic Development Network of 92 academic research centers. Following a fellowship in pulmonary and critical care medicine, he joined the Johns Hopkins faculty in 1999. That year, he founded the Johns Hopkins Adult Cystic Fibrosis Program, now one of the largest in the United States. He served as director of that center for close to two decades. He is now an adjunct professor of medicine at Johns Hopkins, where he continues to see patients.

Joan A. Duwve, of Lexington, South Carolina, formerly associate dean for practice and clinical associate professor of health policy and administration at Indiana University’s Richard M. Fairbanks School of Public Health, has left there to return to public health service. Previously, she had been chief medical officer in the Indiana State Department of Health. In April, as the COVID-19 pandemic began to surge, she became director of public health at the South Carolina Department of Health and Environmental Control.

Lorrel Brown Toft, of Reno, Nevada, an associate professor of medicine at the University of Nevada Reno School of Medicine, received the 2020 Community Hero Award from the Johns Hopkins University Alumni Association for her work as a “translational educator” in teaching CPR in the community. In 2016, she won the 2016 American College of Cardiology Young Investigator Award for developing a novel, five-minute method to teach CPR that resulted in a campaign reaching more than 3 million people in the Louisville, KY, area, where she served on the faculty of the University of Louisville School of Medicine. She has also developed an interactive film for high school students, “Heart Class,” which she is transforming into a video game in collaboration with Johns Hopkins’ Henry Halperin, through a project funded by the National Institutes of Health.

Carl G. Streed Jr., of Boston, a national and internationally known leader in LGBTQ health, particularly transgender health, is an assistant professor of medicine and a researcher at Boston University, as well as head of research at the Center for Transgender Medicine and Surgery at Boston Medical Center. His efforts to improve the health and well-being of LGBT individuals and communities have earned him the Johns Hopkins Diversity Leadership Award and the American Medical Association’s Excellence in Medicine Award, among other honors. The Johns Hopkins Alumni Association this year gave him its Outstanding Recent Graduate Award.

Kristopher A. Kast, of Nashville, Tennessee, has become clinical director of the addiction consultation-liaison service at Vanderbilt University Medical Center, where he also now is an assistant professor.

Edward S. Bessman (HS emergency medicine, 1982; faculty, emergency medicine, 1992–present), of Baltimore, has received an Excellence in Service and Professionalism Award from the Office of Johns Hopkins Physicians. The Johns Hopkins Medicine Clinical Awards for Physicians and Care Teams were launched in 2015 to honor those who embody the best in clinical excellence. Bessman has worked in Johns Hopkins Bayview Medical Center’s Department of Emergency Medicine for 28 years, including 20 years as director. He has been senior director of faculty practice in the department since 2017.

Mark F. Teaford (fellow, cell biology and anatomy, 1983–84; faculty, cell biology and anatomy, 1984–2015), of Vallejo, California, has received the American Association for Anatomy’s 2020 Henry Gray Distinguished Educator Award, the highest award in the country for anatomy education. He currently is a professor and vice chairman of basic sciences of Touro University’s College of Osteopathic Medicine. An anthropologist and anatomist, he has specialized in what the wear on teeth can reveal about a creature’s diet.

Ted M. Dawson (fellow, neurosciences, 1990–92; faculty, neurosciences, 1992–present), of Baltimore, currently director of the Institute for Cell Engineering, has received a 2020 Zenith Fellows Award from the Alzheimer’s Association. He and the two other winners of the 2020 awards each will receive $450,000 over a three-year period to support their research.

Jon Lorsch (faculty, biophysics and biophysical chemistry, 1999–2013), of Kensington, Maryland, is director of the National Institute of General Medical Sciences, an institute with a $1.9 billion budget. He is the recipient of a 2020 Distinguished Alumni Award from the Johns Hopkins Alumni Association.

Susan L. Gearhart (HS; fellow, faculty, surgery, 2000–present), of Baltimore, an associate professor of surgery and oncology, received the Southern Surgical Association’s 2019 Shipley Award in recognition of her presentation of the best scientific paper at the association’s annual meeting. The award is named for Arthur Shipley (1878–1955), who in 1911 was named the first surgeon-in-chief at Johns Hopkins Bayview (then Baltimore City Hospitals).

Mary Armanios (fellow, oncology; molecular biology and genetics, 2003–05; faculty, oncology; genetic medicine, 2005–present), of Baltimore, was elected as a 2019 fellow of the American Association for the Advancement of Science, a lifetime distinction that recognizes her outstanding contributions to science and technology. Armanios, clinical director of the Telomere Center at Johns Hopkins, studies the dysfunction of telomeres, the protective ends of chromosomes, in an effort to understand the role of telomere abnormalities and DNA repair defects in disease susceptibility.

Skillful in the operating room and masterful in the classroom, Gershon Efron was an award-winning teacher of several generations of surgical residents both at Johns Hopkins and Sinai Hospital, where he was chief of surgery from 1977 to 1998.

Growing up on a farm in Pennsylvania, John D. Gearhart (faculty, pediatrics, cell biology and anatomy, gynecology, and obstetrics, 1980–2008) became fascinated with the different colors of flower petals and the genetics of lilacs. 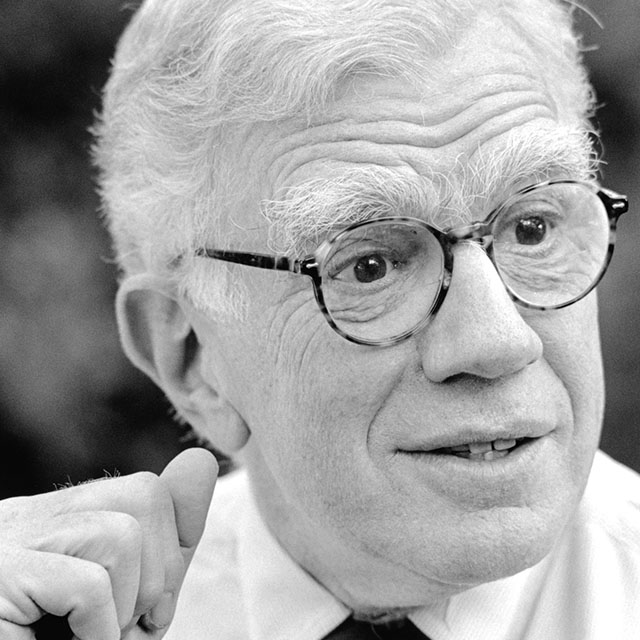