On the seventh floor of The Johns Hopkins Hospital’s venerable Carnegie Building, in what once was a postoperative recovery room, biomedical engineering graduate students now gaze at computer screens as they devise innovative neurosurgical tools.

Not far from them is a foosball table that researchers and their clinician collaborators use to unwind. Nearby, a giant TV screen is on 24/7, linking the laboratory to its undergraduate counterpart in Clark Hall on the Homewood campus.

It is hard to imagine such a synergistic connection between biomedical engineering students and neurosurgeons occurring in a hospital, much less in the vintage operating rooms where landmark 20th-century surgical procedures were pioneered. Yet this newly named Carnegie Center for Surgical Innovation is a unique laboratory that the departments of Neurosurgery and Biomedical Engineering hope will transform neurosurgery in the 21st century—and make it even safer.

Over the past year, renovation has already altered much of the 10,000 square feet that once housed 10 operating rooms in the 88-year-old Carnegie Building. Every master neurosurgeon from Walter Dandy (1886–1946) to Henry Brem, today’s department director, performed surgical miracles there. Achievements, such as Dandy’s invention of diagnostic procedures to make brain tumors visible on X-rays and Brem’s implantation of chemotherapy-infused GLIADEL wafers into the brain after removing a tumor, made Carnegie the epicenter of neurosurgical advances.

Transforming these operating rooms into the Carnegie Center for Surgical Innovation was the brainchild of neurosurgery professor Jean-Paul Wolinsky and biomedical engineering professor Jeff Siewerdsen. Collaborating closely for six years, the two have developed operative and imaging devices that enhance the ability of neurosurgeons to perform spine operations more accurately and less invasively.

Now they have a chance for more partnerships. Not only are top faculty members and postgraduate students from the school of medicine working in the new lab, but so are candidates from the master’s program at the Whiting School of Engineering’s Center for Bioengineering Innovation and Design. Graduate and undergraduate biomedical engineering students on the university’s Homewood campus are involved as well.

Discussions about the new laboratory began four years ago, when The Johns Hopkins Hospital’s main operating rooms were moved from Carnegie, which was built in 1927, to the new Zayed and Bloomberg clinical towers. Wolinsky and Siewerdsen proposed increasing the collaborations between their departments by converting some of the vacated space into a joint neurosurgery and biomedical engineering education and research center. Fueled by National Institutes of Health-funded research, this hospital-based, joint neurosurgery and biomedical engineering lab is unique in North America, co-localizing a critical mass of engineering and surgical expertise.

It is also singular in how it showcases elements of its storied past. In the post-anesthesia care room, where patients were taken immediately after surgery—and where today’s research students now focus on screens scrolling with code, equations and 3-D images—20 patient monitoring panels still line the walls. Into these were plugged a variety of postop devices—from electrocardiograms to oxygen hookups and vacuum suctioning equipment.

“Working in a lab surrounded by the visible history of Hopkins surgery helps the engineers to understand that at the end of all their research is a person,” says Siewerdsen. “For us, that’s very powerful. Not many engineers get the experience of being embedded in an area where real stuff took place. Every room here has a story.”

The directors also preserved some unique features in the old operating rooms. For instance, when Dandy performed his landmark diagnostic procedures in the 1930s and ’40s, he used a six-point compass, painted on the tiled floor, to help him align patients’ heads with an X-ray machine. That plain, low-tech tool remains visible amid the latest advances in mobile CT scanners and surgical navigation—a juxtaposition that calls attention to the arc of Johns Hopkins’ technological innovations over the past 80 years.

One major theme for the lab’s researchers—clinicians and engineers—is ORQA, or operating room quality assurance. The acronym refers to new methods for imaging in the operating room to improve safety, prevent errors and enhance surgical quality. It also applies to future surgical training at the center, where anatomy can be taught using high-tech simulations for dissections rather than cadavers.

Wolinsky says that enhancing the already established collaboration between neurosurgery and biomedical engineering is “not the end of the story.” All of the new equipment on which the lab is working, from imaging devices to surgical equipment and robotic innovations, also could be “highly marketable,” he notes.

The Carnegie Center for Surgical Innovation is closing the gap between the scientists at Homewood and in East Baltimore. “This really is a great example of the ‘one university’ concept championed by Johns Hopkins University President Ron Daniels,” says Siewerdsen. “This space gives researchers from several departments a focal point in the hospital with proximity to surgeons, identifying key clinical problems and working together to translate innovative solutions to clinical use.” 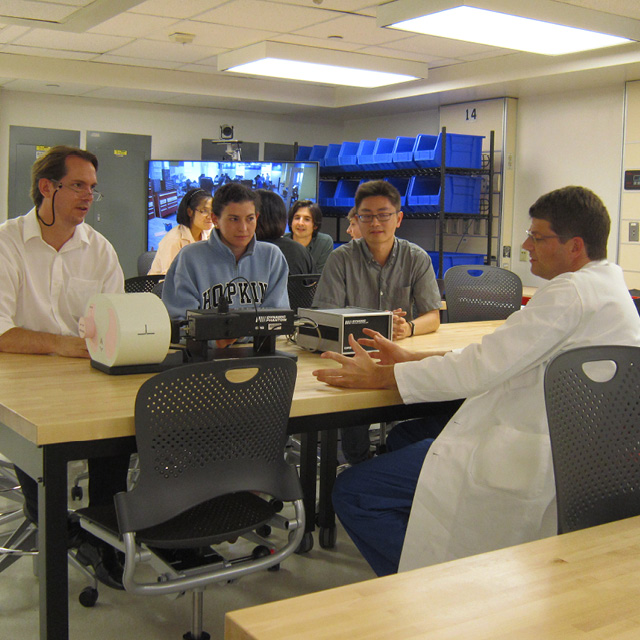 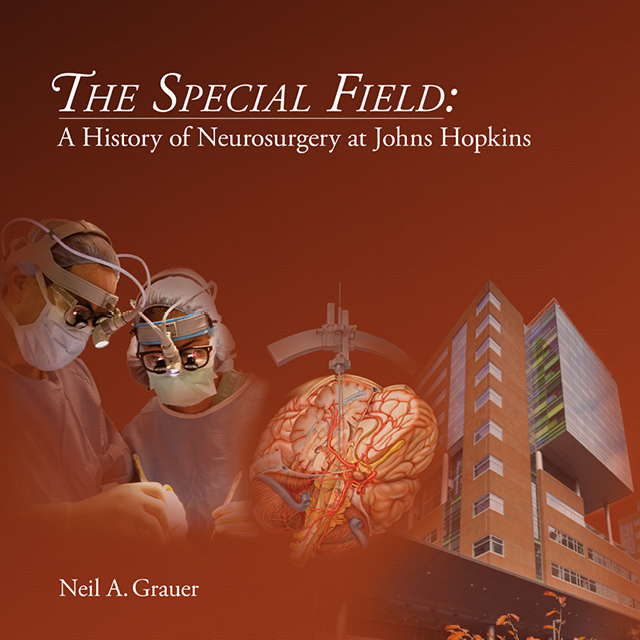 The Special Field offers a first-of-its-kind account of the accomplishments of the Johns Hopkins Department of Neurosurgery with particular emphasis on the 20th century.
back to top button