When the young, male patient arrived at Johns Hopkins’ neurocritical care unit, his case was a medical mystery. Immunosuppressed while undergoing cancer treatment, he began having neurological symptoms. An MRI showed a lesion in his brainstem, and visual inspection of his cerebrospinal fluid suggested the presence of mold — factors that his early providers first attributed to a fungal brain infection. But Carlos Pardo-Villamizar, the Johns Hopkins neurologist to whom he was referred, wasn’t convinced.

“Fungal brain infections are not easy to diagnose with MRI,” he explains.

In the past, correctly identifying this patient’s infection might have involved a long period of trial and error, administering a series of increasingly invasive tests and trials of antifungals, antibiotics and other drugs — and losing precious time while his health hung in the balance. In fact, Pardo-Villamizar remembers, this patient was next scheduled for a brain biopsy to gather more clues.

But the patient was able to avoid this path thanks to a collaborative effort by his care team and the use of a new diagnostic tool developed at Johns Hopkins: next generation sequencing that can identify intruders in the central nervous system, helping doctors accurately diagnose infections. This technique showed that the patient was infected with Toxoplasmosis gondii — placing him quickly on the path to curative treatment.

Pardo-Villamizar and colleagues Trish Simner, director of the bacteriology and parasitology sections of the Medical Microbiology Laboratory, and Steven Salzberg, director of the Johns Hopkins University Center for Computational Biology, began developing this approach several years ago. With collaborators from the Institute for Computational Medicine and Johns Hopkins’ Division of Medical Microbiology, they published their first paper describing it in 2016.

Sequencing DNA isolated from brain biopsies and analyzing it using data from libraries of known sequences, they showed then that it’s possible to separate the tiny fraction of DNA from pathogenic organisms from the brain’s innate DNA and that of its typical biota. These findings point neurologists toward the most likely culprits in an infection, greatly hastening accurate diagnosis.


In 2018, the researchers showed this technique could be used for cerebrospinal fluid, helping patients avoid more risky brain biopsies. Two years later, they validated it for clinical use — showing high sensitivity and specificity — and have been applying it since for their most puzzling cases.

Compared with more traditional diagnostics, the approach is significantly faster, returning a list of candidate pathogens within two to three days, Pardo-Villamizar says. And although the cost is relatively high per patient — around $1,700 — this number is far lower than the cost to hospitalize patients for weeks as their undiagnosed conditions worsen. As the cost of sequencing continues to decline, he adds, so will the expense of this diagnostic technique.

Johns Hopkins remains one of just a handful of academic medical centers using this approach in the U.S. The hospital’s experts have continued to improve it over time, refining their understanding of the viruses and bacteria present in the central nervous system and improving techniques for isolating genetic material to minimize contamination.

“We are becoming more and more adept at speeding diagnosis for the most complex and mysterious brain infections,” Pardo-Villamizar says.

In 2018, Johns Hopkins researchers showed this technique could be used for cerebrospinal fluid, helping patients avoid more risky brain biopsies. Two years later, they validated it for clinical use and have been applying it since for their most puzzling cases.

A New Way into the Brain 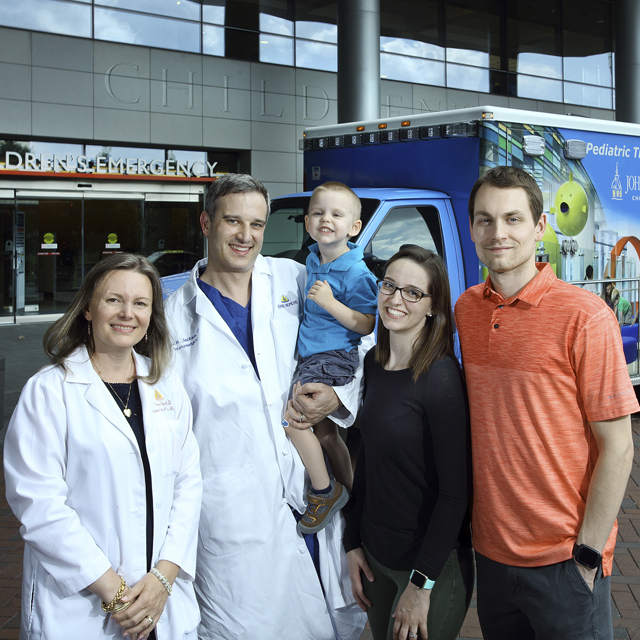