Anorexia has a higher risk of mortality than any other psychiatric disorder, says Angela Guarda, director of the Johns Hopkins Eating Disorders Program. Yet, in an era of increasing accountability within health care, outcomes research on intensive treatment of anorexia nervosa has been “surprisingly absent.”

“Few programs publish outcomes and if they do, there’s often more marketing than evidence-based data, making it hard for families, patients or referral sources to judge a program’s effectiveness,” says Guarda. With many private, for-profit residential treatment programs marketing directly to consumers, “We feel that it’s very important for families and patients to know what questions to ask of programs, such as, What is the rate of weight gain for anorexia?; What percentage of patients reach a normal weight prior to discharge?; and How do they do six months to a year after treatment?”

In an article published in the International Journal of Eating Disorders, Guarda and colleagues at Columbia University, the University of Pittsburgh and Weill Cornell Medical College called for more consistent, transparent outcomes data from eating disorder treatment programs. At a minimum, Guarda says, programs should freely share basic, de-identified information about their patients’ age and illness severity, diagnosis, and body mass index at admission—as well as weight restoration outcomes for patients with anorexia nervosa, so potential patients and their families can make informed decisions. Ideally, the programs should also include results from follow-up assessments three to six months after discharge.

“In a hospital setting, the cost per day is going to be higher than many freestanding residential programs. But in the Johns Hopkins program, with our emphasis on faster weight restoration and over 70 percent of our patients reaching a normal weight before leaving, the advantages are both clinical as well as economic.”

Guarda’s team found that among patients who argued that they did not need intensive treatment and were admitted under pressure from family or friends, more than 40 percent reported that within two weeks, they had changed their minds and felt treatment was helpful.

The Johns Hopkins program uses peer support from patients further along in treatment to help those newly admitted to change their eating habits. While many programs negotiate individual diet plans and calorie levels with patients, Johns Hopkins has patients follow a food plan with choices but also uniform calorie increases. This approach has been shown to safely achieve weight gain of at least 4 pounds each week—about twice the national average—while helping patients diversify their food choices and learn to eat balanced meals. “A standardized meal protocol like ours helps patients change their behavior, complete meals and practice healthy eating skills,” Guarda says.

Guarda is upfront about Johns Hopkins’ treatment protocol. Treatment for anorexia nervosa is uncomfortable, she says—patients are ambivalent about changing driven and habitual eating and weight control behaviors. “Yet changing behavior and gaining weight are the essential first steps needed for recovery,” Guarda says.

Most patients transition from inpatient to the partial hospitalization program, Guarda says, where focus shifts to relapse prevention skills training. Patients practice eating meals independently across different social settings “and work with the clinical team to plan their transition home and return to a full life.”

“Although the process is challenging, patients tell us our program is more helpful than a slower meal progression because no change feels slow enough when you have anorexia.”

When Ashley Bilkie hit puberty, she got taller and lost her baby fat. What wasn’t as obvious to her parents was that she also began restricting her food intake, starting a nearly 14-year battle with anorexia nervosa.

Due to some other health issues and the fact that Ashley never appeared severely underweight, “We were not aware she had an eating disorder until she was in her early 20s,” says her father, Bob, president and CEO of a Michigan investment firm.

Over the next few years, Ashley moved in and out of four residential programs for eating disorders, never with any lasting benefit. Each time, she told her parents that as soon as she got out she would restrict her eating again and lose weight.

In 2015, when Ashley was 28, Bob met a client whose daughter also suffered from anorexia. The client encouraged him to check out Johns Hopkins’ Eating Disorders Program.

Like Ashley, at least two-thirds of patients in the program have failed others, says Angela Guarda, director of the Hopkins Eating Disorders Program. “Treatment must focus on helping patients change their behavior around food,” she says. “Once this behavior changes, patients’ thoughts and feelings start to improve, which builds their confidence toward achieving recovery.”

Unlike other programs that focused on seeking an explanation for Ashley’s self-starvation, Guarda and colleagues explained anorexia nervosa to Ashley and her parents as a driven behavioral problem best treated with a behavioral approach. Soon after entering the Hopkins program, Ashley called her parents—she was upset and asked to be released from the program, arguing that it wouldn’t help her. “But we knew she really had no other options,” says Bob. “This was our only chance to save her life.”

With group therapy and the encouragement of other patients who had benefitted from the program, Ashley gradually engaged in treatment. Her anxiety decreased, and she learned to stop dieting. She gradually restored her weight and was encouraged to use her parents as a support to maintain her recovery.

When Bob and his wife, Shari, came to visit Ashley toward the end of her three-month stay, they noticed a big difference when they dined together at the hospital cafeteria and a local restaurant: She had a hearty appetite, says Bob. Before admission, “She would pick at her food or avoid eating altogether,” he says. Now she’s able to choose, portion and consume a wide range of foods of different calorie densities with much less anxiety, and she can socialize at meals rather than avoid eating with others, adds Guarda.

Ashley is now studying to become a nurse and is engaged to be married. While things turned out well for her, Bob says he frequently shares a valuable lesson with other parents and caregivers of those with eating disorders: “We went along with (previous) therapy teams, assuming they knew what they were doing. I think that’s a mistake—you should be questioning everything, every step of the way.” 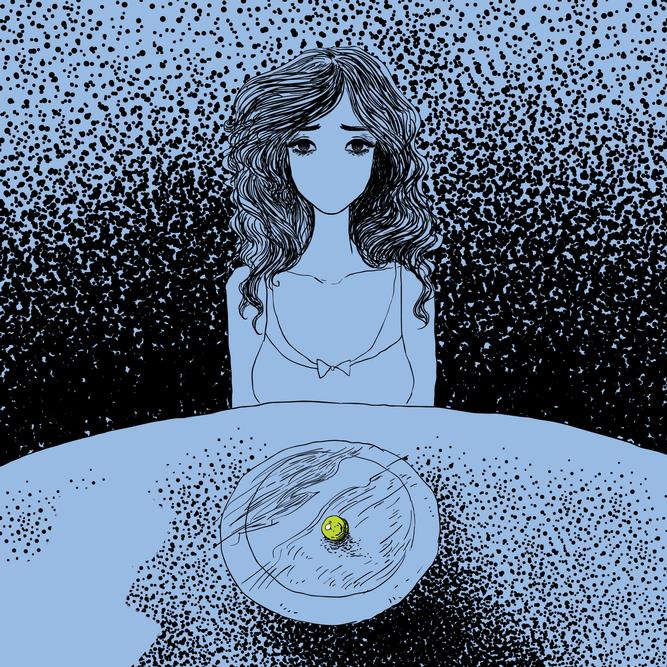