Recent research at Johns Hopkins and Tel Aviv University sheds light on how glioblastoma tumors may avoid roadblocks that the immune system sets up to prevent spread from the primary site. The findings, published recently in Nature Communications, could offer an entirely new way to fight this most common and lethal type of primary brain tumor.

Glioblastomas are characterized by their highly invasive nature, explains study co-author Henry Brem, director of the Johns Hopkins Department of Neurosurgery. Because tumor cells disperse throughout the brain, existing treatments — including combinations of surgery, chemotherapy and radiation — have been unable to eradicate these cancers in patients, causing the disease to recur again and again.

“We have made incredible progress, doubling median survival up to 20 months over the last decade,” Brem says. “But we are still very far from where we want to be with survival and being able to treat with the right therapy.”

The new research offers a window into why glioblastomas are so difficult to treat, and the findings could lead to new therapies that hijack the mechanism that makes them so pernicious. The study focused on the interaction between glioblastoma cells and microglia, which are cells that serve as the brain’s immune system.


When the researchers placed glioblastoma and microglia cells together in a petri dish, they found that both cells began to oversecrete a protein called P-selectin (SELP), a cell adhesion molecule that has been linked to immune function and the spread and metastasis of some cancers. Further investigation using fresh frozen paraffin-embedded tumor samples from patients with glioblastoma further emphasized that this protein could play a key role in the disease: Tumors from patients who did not survive long had more SELP than those from long-surviving patients, suggesting that more SELP was associated with worse outcomes.

To determine the role of SELP in glioblastoma, the researchers blocked SELP function in cultured tumor cells with a commercially available SELP inhibitor — a neutralizing anti-SELP antibody. These cells exhibited significantly less proliferation and migration than cells with normal SELP function. The cells with blocked SELP also produced more inflammatory molecules and proteins that recruit T-cells compared with cells with normal SELP, suggesting that SELP is necessary to launch an effective immune attack. When the researchers blocked SELP in glioblastoma animal models, their tumors showed delayed growth and improved immune cell infiltration, and the animals survived significantly longer than those with functioning SELP.

Ultimately, says study co-author Thomas Hyde, a Johns Hopkins neuropathologist who co-directs the Lieber Institute for Brain Development’s human brain repository — where human tissue was derived for this study — SELP could be a new target for treating glioblastoma.

“If we can find something to knock down or eliminate SELP, either alone or in combination with other agents,” Hyde says, “we might be able to make a real dent in the natural progression of these deadly tumors.”
Request an appointment
Johns Hopkins' medical concierge services offer complimentary assistance with appointments and travel planning. Request free assistance:
All fields required *

“We have made incredible progress, doubling median survival rates for glioblastoma up to 20 months over the last decade.” 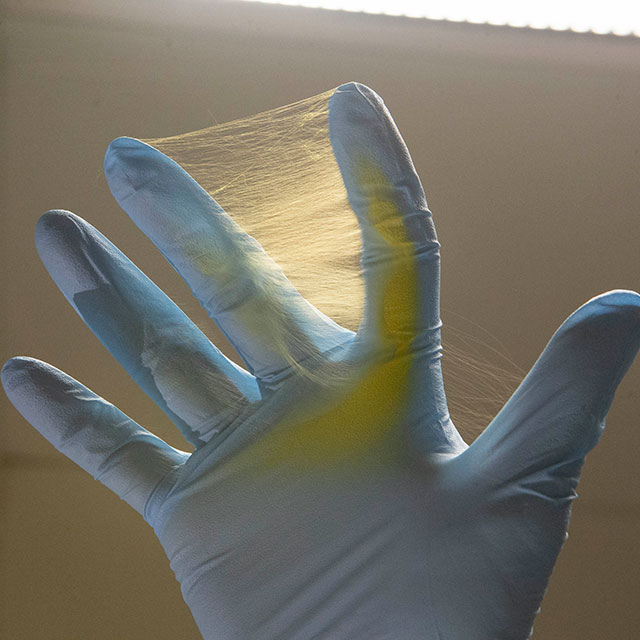 A recently published Johns Hopkins study — conducted in collaboration with the University of Cincinnati — shows how electrospun fibers could simultaneously dispense more than one chemotherapy agent to brain tumors.
back to top button