Published in Fall 2015
The changes that Baltimore resident Pat Bernstein had noticed in her mind and body over the last few years were nearly imperceptible. She didn’t feel quite as sharp, felt a lot more impatient and irritable, and eventually had a hard time walking straight—she’d even had a few falls. These annoying differences came with age, she reasoned. But an MRI revealed a shocking reason for these symptoms: a mass just larger than a baseball growing beneath her skull, pressing on her brain.
After receiving the news, Bernstein packed her bags immediately. Her surgeon, Jon Weingart, had booked her for an urgent operation to remove the tumor, known as a benign meningioma—which, he told her, was the largest of its kind he’d ever seen.
“It wasn’t as though I had information to ponder over for weeks and start to worry,” Bernstein remembers. “Everything was put in motion.”
Once in the operating room, Weingart and his team set to work removing the tumor. All went well until, suddenly, the surgeons hit a snag: Bernstein began to bleed uncontrollably, a situation with the potential to become life-threatening.
The doctors decided to halt the surgery and cauterize the area to stem Bernstein’s blood loss. Keeping her in a semiconscious state for the next two days, they developed on a new plan of attack, then began the surgery anew. Hours later, the procedure was finished, with the mass entirely gone.
Bernstein noticed a difference immediately upon wakening from anesthesia, changes that continued to evolve during her recovery over the next few weeks and months. She became more sensitive and responsive to others; she demonstrated new meticulousness; and she grew more emotional, letting her feelings show. Each of these changes she attributes to the tumor’s absence. With a large portion of her head shaved for the surgery, she decided to shave the rest and continues to maintain this look—a symbol, she says, of her fresh start in life.
After the procedure, she needed physical therapy and continued treatment for some problems that developed in her left eye. There was no question of where she’d go for her procedure and all her care afterward, she says.
“It’s always been Hopkins,” Bernstein says. “It goes beyond words that you feel as if you’re getting the best care here that you’ll get.”
Weingart says that despite the size of the tumor, Bernstein’s long-term prognosis is excellent. She’ll continue to get frequent MRIs for assurance that the tumor isn’t returning, with less frequent checks over time.
“The fact that she comes in smiling and laughing and talking about what she’s working on and interested in,” he says, “there’s not much better reward than that.”
Request an appointment
Johns Hopkins' medical concierge services offer complimentary assistance with appointments and travel planning. Request free assistance:
All fields required *
Meningioma Brain Tumor | Pat’s Story

After years of experiencing minor health issues that she dismissed as part of the aging process, Pat found out she had a large meningioma brain tumor that had been growing for 10 years. Pat faced a two-day surgery by Johns Hopkins neurosurgeon Jon Weingart to remove the benign tumor. Hear how the experience has changed her life. Learn more at http://www.hopkinsmedicine.org/neuro. 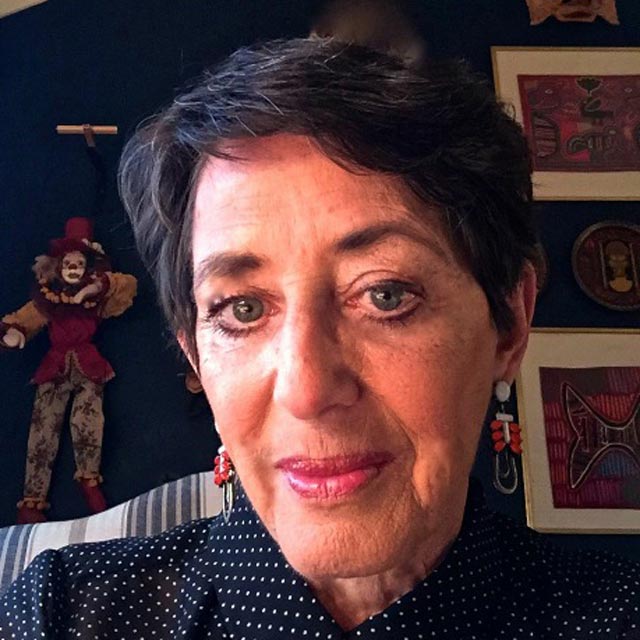 Pat Bernstein
back to top button