University of Florida student Michelle Donato spent a Sunday in April 2013 with her usual busy slate of activities: dance practice for several hours — an activity she’s been involved in since she was 2 years old, followed by gymnastics, a more recent passion. That night, she had a sore back and noticed that her leg felt tingly.

“I thought it was just a long, active day,” Michelle remembers.

But it would turn out to be much more. The next morning, she had so much trouble putting weight on her legs that she could barely get down from the top bunk where she slept. By the time she decided to go to the local hospital’s emergency room, her roommate had to call 911 to have Michelle carried down four flights of stairs in her older, walk-up dorm.

Michelle recalls still thinking that her problem had a harmless cause as she waited hours in triage. Eventually, she realized that she hadn’t used the restroom all day. By the time she was admitted, doctors observed that not only were her legs rapidly becoming paralyzed, but that she’d lost bladder function — a red flag for a serious spinal cord issue.

During the next few days, doctors puzzled over her case, at a loss to what had caused her host of problems. Eventually, her mother, Mary, decided to transfer her to Johns Hopkins—a hospital that she already knew had an excellent reputation for neurological care and where a neighbor’s friend was doing his residency. After calling the main number for neurology, she was soon on the phone with Johns Hopkins neurologist Carlos Pardo, who directs the Johns Hopkins Transverse Myelitis (TM) Center, the first center established in the world to study such spinal cord disorders.

Though TM is a condition defined by spinal cord inflammation, thought to be caused by autoimmunity, the center investigates a range of spinal cord problems like Michelle’s that don’t stem from an obvious cause, explains clinical program manager Maureen Mealy.

Soon after her arrival in Baltimore, Pardo and the Johns Hopkins TM team ran Michelle through a battery of tests, including a spinal angiogram, a test that shows blood flow through the spinal cord. As the team had suspected, results showed that she’d suffered a spinal cord stroke.

Though the stroke had damaged her spinal cord, Michelle and Mary remember, Pardo and other members of the TM team remained optimistic that Michelle would eventually recover. “They were so positive and gave me a sense of hope,” Michelle says.

After weeks of aggressive rehab at Johns Hopkins and the nearby Kennedy Krieger Institute, Michelle returned to Florida to continue her work with specialists near her college. She’s made significant strides in her recovery, including regaining the ability to walk with crutches.

Though Michelle still isn’t dancing again, she’s serving as president of the dance company that she used to perform with and works out several times a week with therapists near her school. She will also be doing a summer internship in Boston with a large technology firm. 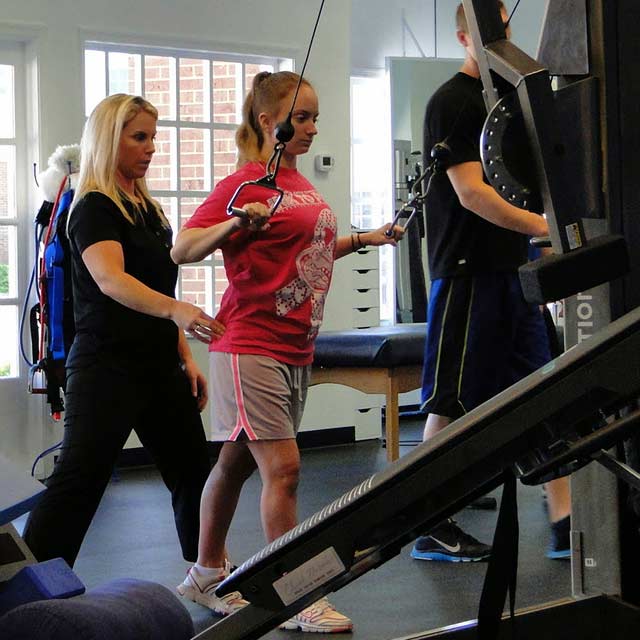 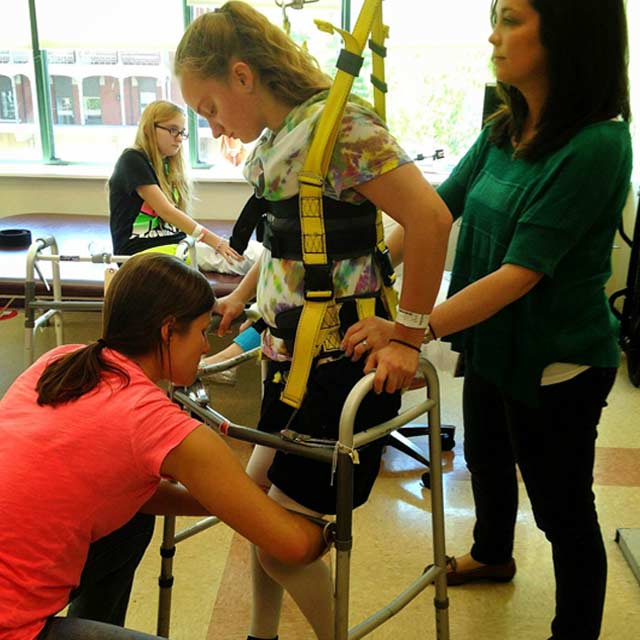