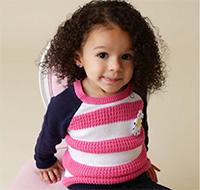 Photo: Since her NICN stay as a newborn, Savannah Carr, now 3, has thrived.

Cheryl Carr knew her second pregnancy was tougher than her first. Diagnosed with complete previa, in which the placenta supplying nutrients and oxygen to the fetus blocks the cervical opening, Carr was put on bed rest. Doctors hoped the placenta would shift before her March 2012 due date.

Then, during a routine prenatal exam that February, Carr’s obstetrician noted that the placenta had moved, and scheduled her for induction at Greater Baltimore Medical Center on February 23. But when Carr started bleeding out from the previa during labor, and the baby’s heart rate dropped, Carr underwent an emergency Caesarean section.

When her baby girl Savannah was born, doctors found the child had a velamentous cord insertion—meaning her umbilical cord was not inserted correctly into the placenta—and she had suffered some blood and oxygen loss. Savannah’s Apgar scores fluctuated wildly and she wasn’t breathing properly. At one point, she needed resuscitation.

Doctors knew they had only one choice to turn Savannah’s prognosis around—immediate transfer to Johns Hopkins’ Neurosciences Intensive Care Nursery (NICN). They also arranged for Cheryl Carr to be transferred to The Johns Hopkins Hospital the next morning so she could be closer to her daughter. Carr’s husband William reluctantly left his wife and quickly arranged child care coverage for their 11-month-old son. William dropped off the baby at home and headed to Johns Hopkins. When he and his sister arrived at the NICN, doctors there gave him several consent forms to sign.

Shortly after, Savannah had a seizure. During her first 48 hours, she was almost in kidney failure. Over the next 18 days, Savannah received a number of interventions to rescue her health, including a tube inserted into her windpipe to help her breathe; two blood transfusions and four platelet transfusions; anti-seizure medications; and therapeutic hypothermia, or brain cooling.

Savannah started her NICN journey hooked up to multiple monitors but over time, says Cheryl Carr, 34, of Middle River, Md., “We would notice one less wire or one less machine, and we knew we were making progress.”

Since discharge, Savannah has done well. The Carrs were able to discontinue her anti-seizure medications when she was nine months old, and physical therapy services when she was 15-18 months old. Savannah, now 3, still needs to see a kidney specialist once a year but otherwise acts like any typical toddler. She enjoys dress up games and playing with her “Darbie” dolls, and she has been known to steal her 4-year-old brother’s Ninja Turtle figures. The family recently returned from a vacation to Disney World.

“Savannah was critically, critically ill when she arrived at Hopkins,” says neonatologist and NICN Co-Director Frances Northington. “To see her thrive and do well is the greatest joy I have in terms of our NICN program. And to know we’re working to better the outcomes for more kids like Savannah is a real thrill.”

This article by Karen Blum appeared in the spring 2015 issue of Hopkins Children’s magazine.