A strong woman, her surgeon and a multidisciplinary team take on a stubborn metastatic brain tumor. 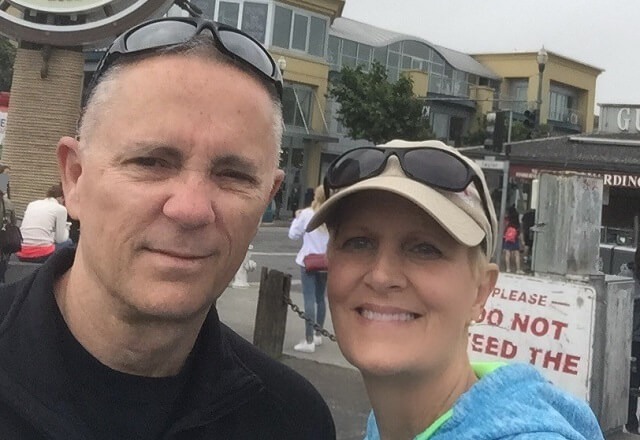 Breast Cancer That Spread to the Brain

2014 started out as a good year for Janis LeBlanc. The previous two years had been anything but: Janis had undergone a tough regimen of treatment for HER2 (human epidermal growth factor receptor 2) positive and estrogen positive breast cancer, including a double mastectomy, chemotherapy and radiation treatments.

All that was behind her. The 47-year old mother of four had received a clear positron emission tomography (PET) scan and gone on vacation with her husband, George, in May to celebrate.

But just three months after the trip, Janis didn’t feel well. She was having trouble using her phone, remembering things, accomplishing simple tasks. Her mind felt foggy. Her husband and her co-workers sensed that something wasn’t quite right.

A Metastatic Brain Tumor That Wouldn't Go Away

Finally, Janis couldn’t ignore her symptoms any longer. “I told my husband I needed to go to the hospital, so that’s where we went,” she says. An MRI and computed tomography (CT) scan revealed the bad news: The breast cancer had spread (metastasized) to her brain. Janis had a metastatic brain tumor, five centimeters across, that was crowding the left frontal lobe of her brain. 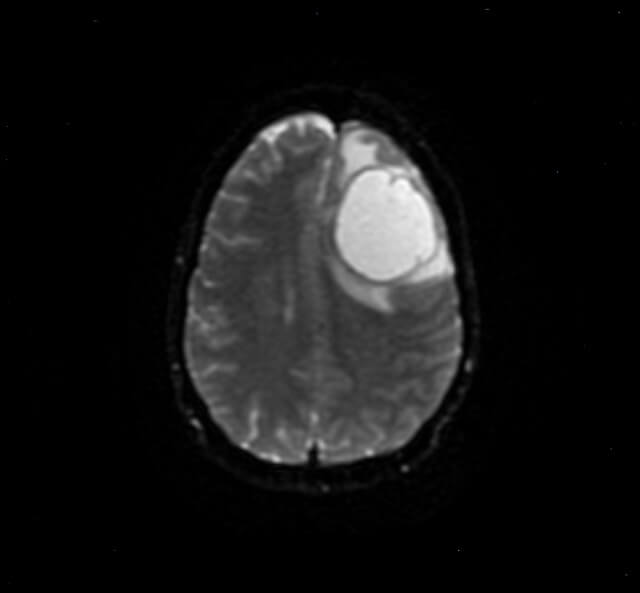 A CT of Janis’s metastatic brain tumor, before initial surgery.

Her local hospital performed a craniotomy and surgically removed the tumor.

Some people might be paralyzed with fear learning that their cancer had come back for another round. But Janis is tough. Her decades-long career in the U.S. military and working for the Navy had taught her something about facing down adversity, and she found a source of strength in her husband, a retired Special Forces medic, who accompanied her to every medical appointment.

There was also a happy occasion on the way: “My daughter was pregnant with my newest grandchild,” Janis says. “I wanted to see the baby.”

She steeled herself for more cancer treatment. She underwent IV chemotherapy, radiosurgery and oral chemotherapy, which made her ill. It took several months for her body to adjust to the drug.

Despite these treatments, within months the metastatic breast cancer cells returned to Janis’s brain. She underwent a radiosurgery treatment, then another, and another.

"I was a little scared," she says. "Too many radiotherapy treatments have side effects, including cognitive problems. I wanted to make sure that I was still ‘there.’”

Finally, the radiation oncologist recommended that she consult the Comprehensive Brain Tumor Center at Johns Hopkins.

Moving Quickly to Arrest the Tumor

“So when they said ‘Hopkins,’ we didn’t even hesitate,” Janis says.

Neither, it turns out, did Janis’s new neurosurgeon. Michael Lim, M.D. met with Janis and George, and discussed her options. They agreed on surgery, which he wanted to schedule for the following week.

“I was startled by how quickly he wanted to operate, but Johns Hopkins was great about helping me get all my appointments lined up,” Janis says.

Lim, she says, gave her the confidence to move forward and keep fighting. “I know doctors are busy, but Dr. Lim explained things very clearly," she says. "George and I felt good about turning things over to him and letting him run with it.”

Dr. Lim explained things very clearly. George and I felt good about turning things over to him and letting him run with it. 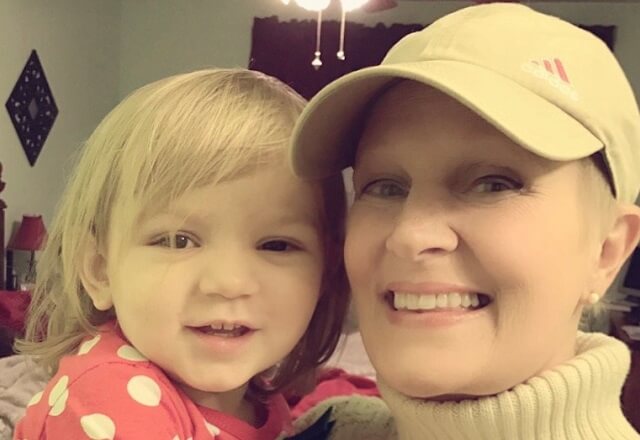 Lim says that as one of the world’s leading brain cancer facilities, the Comprehensive Brain Tumor Center is equipped to handle complex cases such as Janis’s.

“Janis was in a tough situation,” he says. “She’d had previous surgery to remove the tumor, but it kept returning. It was stubborn.”

Lim worked on a personalized treatment plan for Janis, enlisting the help of colleagues Lawrence Kleinberg, M.D., a specialist in radiation oncology, and Chad Gordon, D.O., a plastic surgeon skilled in cranioplasty.

Lim and his team not only removed the brain tumor, but they also implanted small “seeds” of radioactive material directly into the area of the tumor to discourage its return—a technique known as brachytherapy. They repaired protruding hardware from Janis’s first craniotomy and closed the surgical opening and scalp in a way that made it easier for her to wear a wig comfortably.

Janis’s brain surgery was on a Monday, and she admits the first day was rough. “But it’s kind of like childbirth,” she says. “You’re out of it for a day or so, but you recover quickly.”

She stayed in the intensive care unit until Wednesday. The next day she was released from the hospital, and resumed her job, albeit working at home, the following Monday.

“My work was very nice and said I should take time off, but I was glad to stay busy and keep my mind focused,” she says.

Quality -- and Quantity -- of Life

Janis is still on oral chemotherapy for her metastatic breast cancer, and she still checks in with Lim and her local oncologist every three months. She’s taking things day by day, grateful for the support of her husband and her children, and enjoying all of her grandchildren. Lim notes that, almost a year after her treatment at Johns Hopkins, Janis is doing well--the tumor hasn't returned.

For her part, Janis has resumed her passion for travel, and in the past year she has visited Niagara Falls, the Grand Canyon, Las Vegas, San Francisco, Key West, San Antonio, Cozumel and the Bahamas, in addition to making plenty of trips back and forth to North Dakota and Minnesota to visit  family.

“Chemotherapy couldn’t reach the tumor in Janis' brain, but with brachytherapy we can treat the area and keep the tumor from coming back in that spot,” Lim says. “This way we can prolong survival and enhance quality of life for patients.” 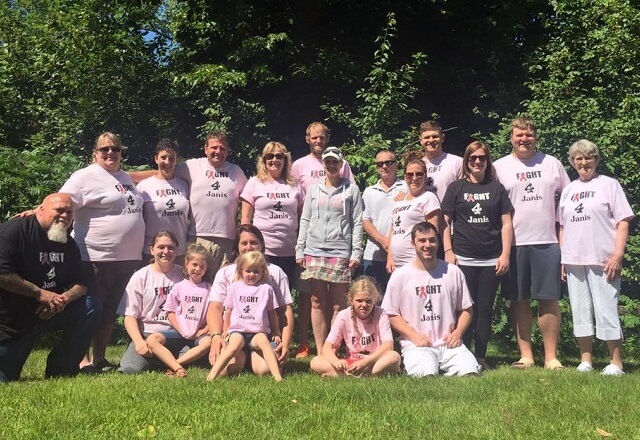 Janis' family lends support as she fights her cancer. 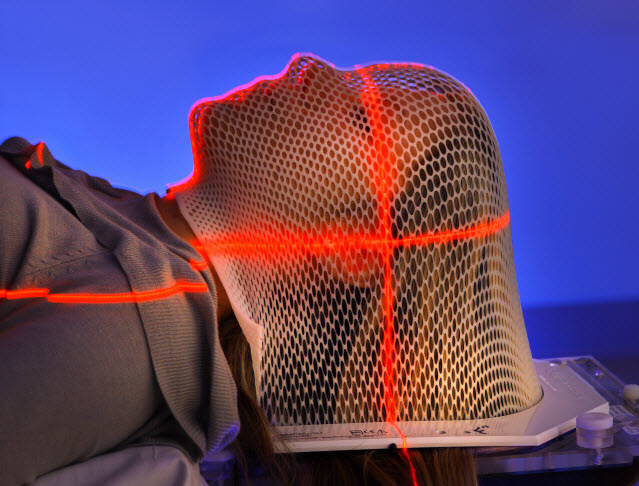 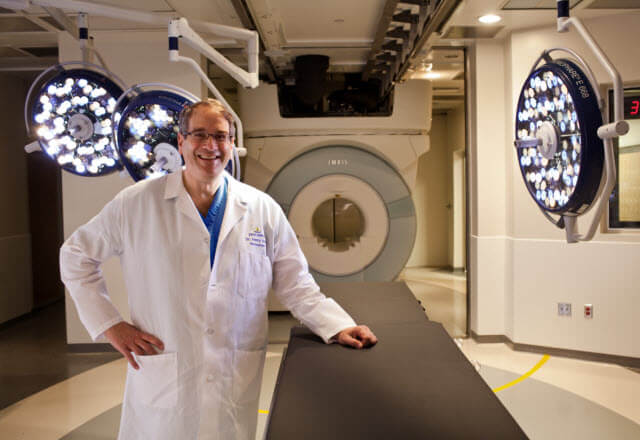