Two years after his surgery, Ted and his daughter enjoyed a visit to Washington, D.C.

In his 12 years as a pediatric nurse, Ted Klitus has spent a lot of time in hospitals. The Pennsylvania resident, husband and father of two has mostly worked in emergency rooms, where he spends his days caring for sick children and comforting their families.

But in 2012, Ted found himself in less familiar territory. He started to notice how muffled the sound was when he held the phone to his right year. Over time, he began holding the phone to his left ear to hear better. In 2013, he got an ear infection and went to the doctor.

A hearing test ordered by his local ear, nose and throat specialist led to the discovery of a gumball-sized tumor, known as an acoustic neuroma, or vestibular schwannoma, in his right inner ear. In a matter of seconds, the then-52-year-old caregiver had become a patient.

Being a health care professional, Ted approached his diagnosis as methodically as he would any other case. He was referred to a neurosurgeon in Philadelphia, but Ted didn’t feel comfortable with the doctor, so he and his wife, who is also a nurse, explored other options. Eventually, they decided to seek help at The Johns Hopkins Hospital.

When Ted called the Johns Hopkins Acoustic Neuroma Center, he was referred to a team that included Michael Lim, M.D., a neurosurgeon who specializes in tumors in the lower part of the brain, where the nerves affected by an acoustic neuroma are located.

At their first meeting, Ted remembers being impressed.

In speaking with Ted, Lim says he first reassured him that the tumor was benign. They then talked about treatment options, the risks and benefits of each, and the potential outcomes.

I think it’s important that patients know that we feel it’s a privilege to take care of them. 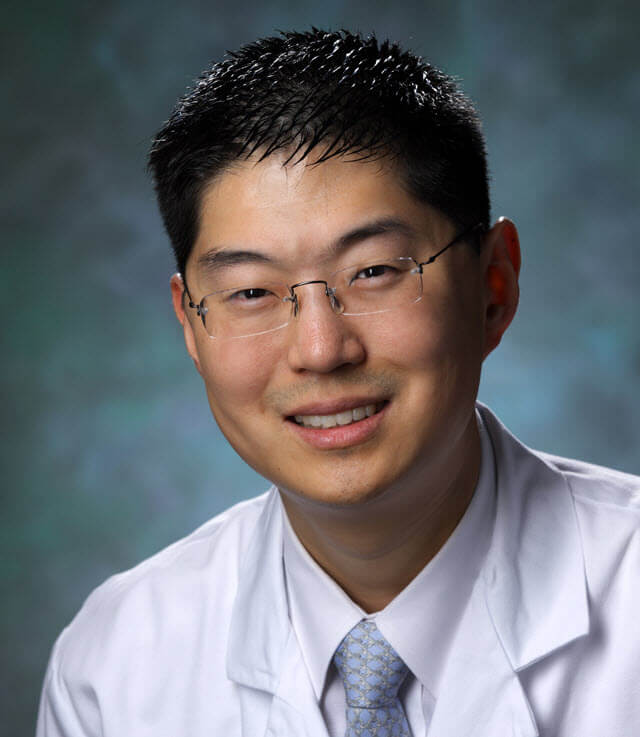 “With these types of tumors, I always want to make it clear to patients that even though it’s a benign tumor, it’s in a very delicate location,” Lim explains.

Balance problems and hearing loss are among the potential side effects of the surgery, Lim says.

For Ted, the biggest concern was the preservation of his facial nerve, which, if damaged, could leave him with a paralyzed face. Lim got that.

“It’s important because all of us interact daily, look at each other and smile, and communicate so much by our faces. I recognized that,” says Lim.

Lim performed the surgery to remove the tumor in July 2014. Working alongside him during the eight-hour procedure was otologist John Carey, M.D., who took care of the portion of the tumor that extended into the ear. By coming to Johns Hopkins, Ted benefited from Lim’s expertise and access to the world-renowned experts who are part of the Johns Hopkins Acoustic Neuroma Center team.

To remove an acoustic neuroma, doctors use a microscope and take meticulous care to separate the tumor from affected nerves, 1 millimeter at a time, says Lim, who performs two to three acoustic neuroma procedures a month.

Just four days after the operation, Ted was released to go home and powered through the typical eight weeks of physical therapy, regaining his balance in just five weeks. Within two months, he was back to work — and smiling again.

Ted did lose hearing in his right ear, a risk factor in this type of surgery that he and Lim had discussed. He is a good candidate for an implantable hearing device that uses the body’s natural ability to transfer sound through bone. Ted says he plans to discuss the different hearing restoration options with Carey at his next follow-up visit. 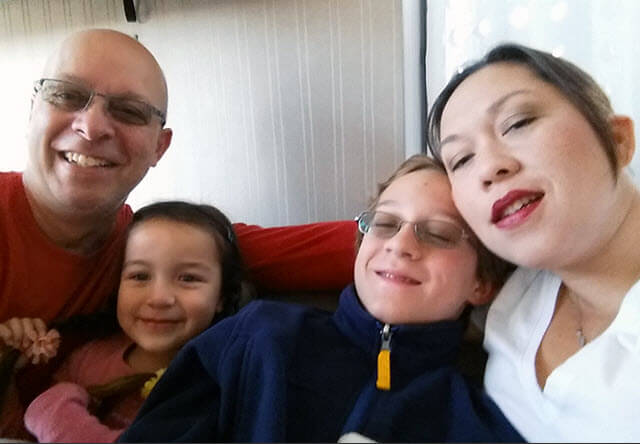 Ted with his kids and wife, Prisscilla, in New York City, one year after the surgery.

“Dr. Lim is tops in my book,” says Ted. “From the moment I met him, just his personality, his bedside manner and the calm, reassuring way he speaks to you, you feel like he’s the guy.

“He was always straightforward with me. He never sugarcoated anything. He told me what to expect, what’s going to happen afterward and what he’s going to do to help me where he can.”

Lim is honored by the acknowledgement but stresses that it’s a team effort.

“I think it’s important that patients know that we feel it’s a privilege to take care of them,” he says. “When a patient comes in to see me after getting that diagnosis, his or her entire world is turned upside down in a matter of minutes.

“At the end of the day, patients just want to get back to their normal life and be able to plan for it. I want to get them there with all their faculties and hopefully reverse any deficits from their tumor. That’s the goal.”

An acoustic neuroma, also called a vestibular schwannoma, is a rare, noncancerous tumor that can affect hearing and balance. 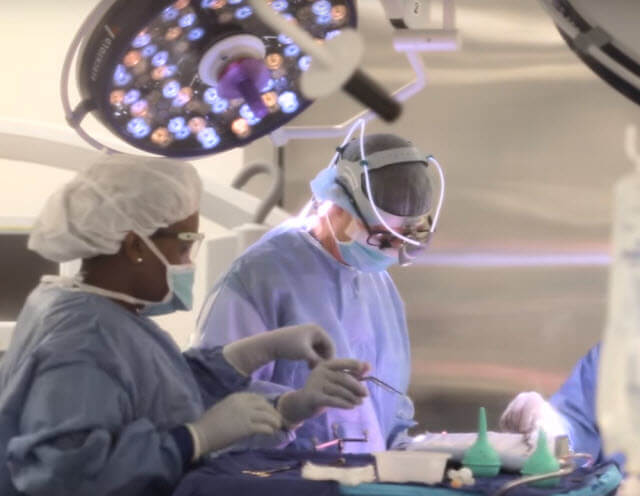 Our center is part of one of the largest brain tumor centers in the world, offering exceptional expertise in diagnosis and treatment of acoustic neuromas.