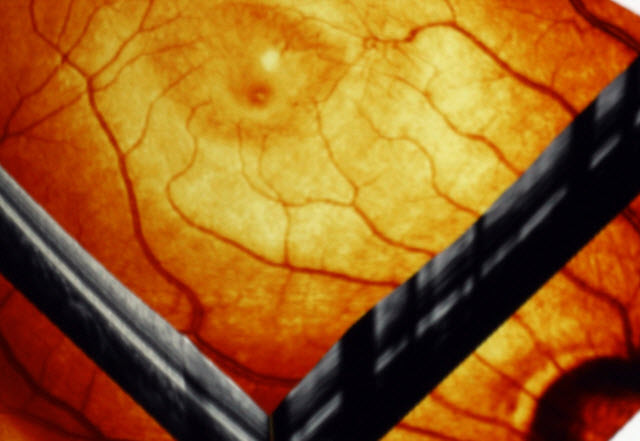 The retinal function imager (RFI) is an FDA approved advanced ophthalmic multimodal imaging modality, which measures large and small retinal vessel blood flow velocities (and volumes), retinal oximetry (blood vessel oxygen concentrations), and allows fluorescein (contrast) free retinal angiography. With RFI, a stroboscopic light source and high-resolution digital camera are used to rapidly take retinal images, with robust image processing software used to automatically derive the measurements. RFI uses red blood cell hemoglobin as an intrinsic motion contrast agent for non-invasively measuring the velocity of red blood cells in retinal vessels. A recent cross-sectional study of RFI in a small cohort of relapsing remitting MS, performed by one of our study collaborators, revealed reductions in retinal arteriolar and venular blood flow velocities as compared to healthy controls, although determinations with respect to underlying mechanisms of the observed findings in this study or the relationships of these changes to history of inflammation of the optic nerves (optic neuritis) were not possible.

Inflammation is thought to lead to alterations in vascular function, including disruption of the inner lining of blood vessels (endotheliopathy), and postulated to result in decreased perfusion and neuronal damage, although this potential pathobiologic disease mechanism remains to be definitively demonstrated in MS. Interestingly, studies of the microvasculature of the brain in MS have revealed possible reductions in blood perfusion, even in the normal appearing parts of the brain. In MS it is also recognized that elevations in hypoxia inducible factors (insinuating vascular compromise) occur in regions of neurodegeneration, and in our study of RFI in MS we will elucidate whether changes in the retinal vasculature and alterations in retinal blood flow precede, occur concomitantly or follow the retinal neurodegeneration (accurately quantified with optical coherence tomography; OCT) that is known to occur in MS eyes, both following optic neuritis, as well as in MS eyes without a history of optic neuritis (subclinical optic neuropathy; which is known to be virtually ubiquitous in all forms of MS). Therefore, while particularly interested in studying RFI in patients during acute optic neuritis and afterwards, as well as MS patients with a history of optic neuritis, we are interested in studying RFI in MS in general, including progressive forms of the disease.

Our studies of RFI in MS will not only shed light on biological processes, but potentially identify novel therapeutic avenues in MS. This is particularly likely to be the case if it is found that microvasculature aberrations in blood flow either precede or occur concurrently with and contribute to neurodegeneration in MS, as opposed to simply representing the sequelae of inflammation and tissue destruction that has already occurred.

Other than requiring dilation drops, as would be standard during most visits with an eye doctor, RFI and OCT (which does not require dilation) are completely non-invasive.