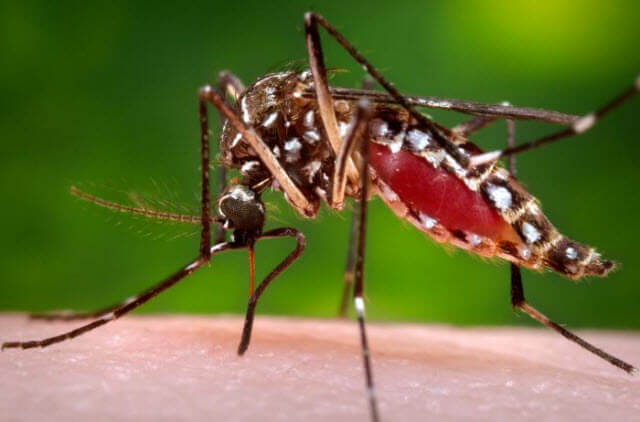 In a collaborative effort with scientists at six Colombian hospitals, Johns Hopkins Medicine researchers report what they believe to be the strongest biological evidence to date linking Zika virus infection and Guillain-Barré syndrome.

Epidemiology data have long suggested a close relationship between rising Zika virus infection rates and instances of Guillain-Barré. The new study’s results, published on Oct. 5 in The New England Journal of Medicine, support the correlation with immunologic and viral evidence of Zika infection in a substantial number of people with Guillain-Barré, the investigators say.

Guillain-Barré is a very rare but potentially paralyzing disorder of the nervous system that appears days to weeks after infection with viruses or bacteria. A so-called post-infectious immune condition, it occurs when a person’s own immune system attacks the myelin sheaths that protect the body’s nerve cells, often resulting in muscle weakness, pain, sensory deficiencies and, in very acute cases, paralysis.

Guillain-Barré, which affects an estimated one or two out of 100,000 people after infections, is diagnosed with electrodiagnostic neurological tests that measure the conductive speed and activity of nerve signals. Scientists do not know why it strikes some people and not others. “At the  beginning of the Zika outbreak in South America, my colleagues in Colombia contacted me with concern about the increasing number of patients with neurological complications in their hospitals,” says Carlos A. Pardo, M.D., associate professor of neurology and pathology at the Johns Hopkins University School of Medicine, who earned his medical degree in Colombia and is an expert in neuroimmune and infectious diseases, including Guillain-Barré.

For the new study, Pardo’s team designed strategies with colleagues in Colombia to evaluate patients with suspected neurological problems associated with Zika and provided tools for viral tests of blood, cerebrospinal fluid and urine samples from 68 people with symptoms of Guillain-Barré. Of the 68 patients initially evaluated in Colombia, virus and immunology studies were conducted using the body fluids from 42. After some evaluation, the researchers found urine to be the most reliable fluid to diagnose Zika infection in patients with Guillain-Barré.

Seventeen patients tested positive for Zika virus in their urine. Another 18 had no evidence of Zika virus in urine but showed the immunologic footprints of Zika infection through the presence of virus-specific antibodies in their blood or spinal fluid. Most of the patients were adults — 38 were males, and 30 were females of an average of 47 years old. Almost all patients displayed two or more clinical symptoms of Zika infection, which include fever, headache, rash and conjunctivitis.

The researchers say that almost one-half of the study participants complained of neurologic symptoms within four days of the onset of Zika symptoms — an unusually fast response, they say, than is found in people who develop Guillain-Barré symptoms after other viral infections, such as influenza and herpesviruses.

Tests also revealed that most of the 46 patients whose Guillain-Barré was confirmed by electrodiagnostic neurological tests had the acute inflammatory demyelinating polyneuropathy variant of the disorder. This type of Guillain-Barré attacks the myelin, a protective group of cells that insulates the surface of the nerve fibers, like the plastic coating on a copper wire.

Pardo says the study is believed to be the largest of its kind to document the role of Zika infection in increased rates of Guillain-Barré so far. But he cautions that although the study demonstrates a biological and viral association between Zika infection and Guillain-Barré, it does not reveal the biological mechanisms through which Zika might initiate an immune attack on the nerves.

The research team, he says, continues to collect clinical data and samples from the Colombian hospitals’ patients, but the work is constrained by the limited availability of resources, which is further strained by the severe and ongoing Zika outbreak in South America.

This study was funded by the Bart McLean Fund for Neuroimmunology Research, Johns Hopkins Project Restore, VIREM, the Virology Laboratory Fund and the Department of Microbiology at the Universidad de Valle.