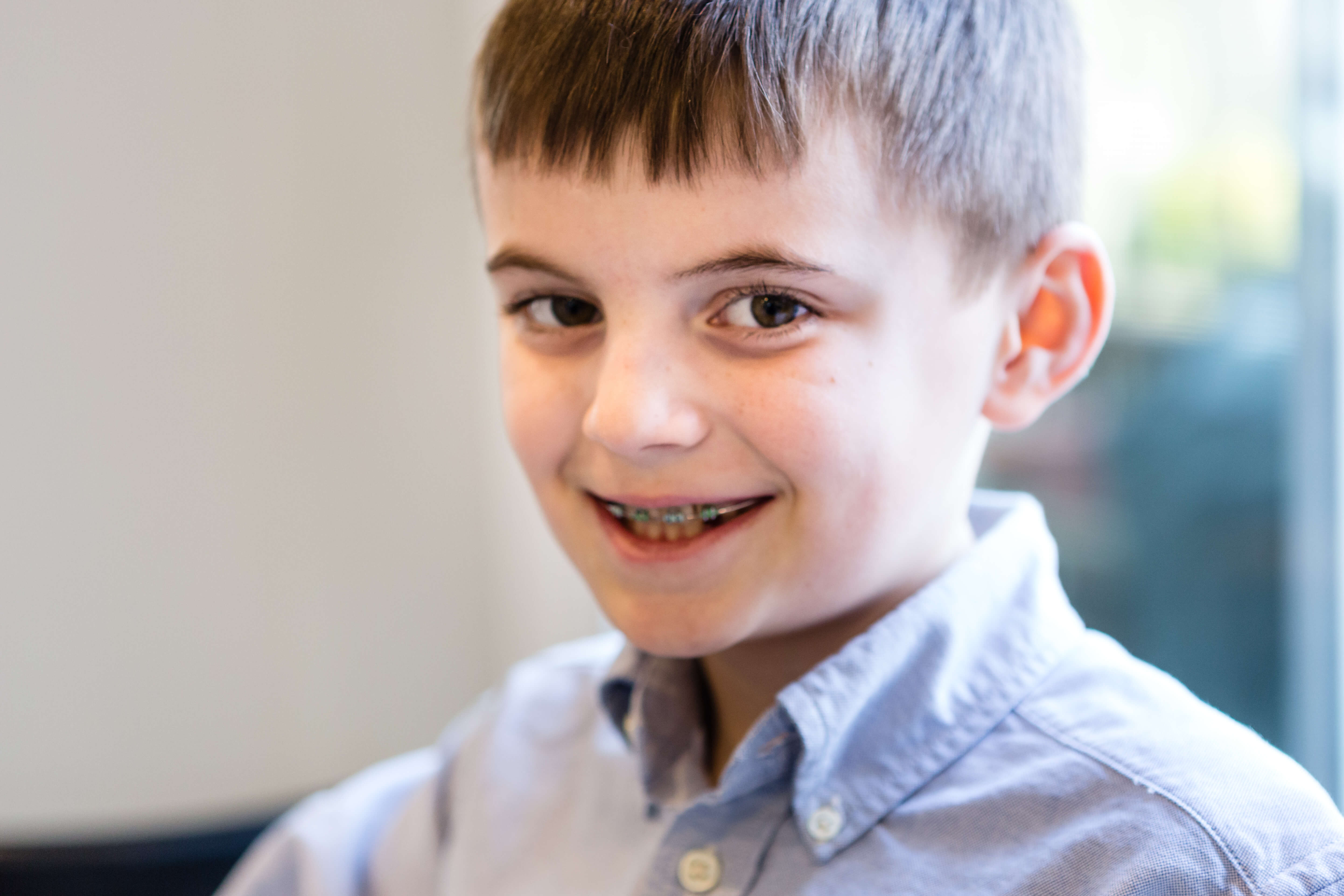 “Sometimes,” Liz and Patrick say, “when your child is ill, it feels like you’re running a marathon, only every time you reach the 25th mile, they add on more miles, and there’s nothing you can do but just keep running.”

Liz and Patrick’s son, Connor, was diagnosed with Rosai-Dorfman disease when he was only 20 months old. Now, Connor is an active 10-year-old with a bright smile and inquisitive eyes who only returns to The Johns Hopkins Hospital for an occasional checkup. But his journey wasn’t always an easy one.

Connor was just a toddler when he came down with an unusual rash. Soon, he lost his appetite and ran a fever. When his parents took him to the doctor, his blood cell counts were so low as to be almost nonexistent. Connor needed to go to the hospital — fast. The Schuldes took him to Johns Hopkins, where he was admitted that evening. Soon, he received several blood transfusions and a lumbar puncture. The fear was that he had leukemia. Instead, after extensive tests, doctors told the Schludes their son had Rosai-Dorfman disease.

Rosai-Dorfman is an extremely rare histiocytic disease, in which the body attacks its own red cells, white cells and platelets. Connor’s version of the disease, Liz explains, includes an autoimmune component, making it “one in a million,” with no clear treatment path. Over the next six years, Connor’s doctors adjusted his treatments as needed so that he could tolerate his medicines and have the best therapeutic effect. He experienced periodic hospital stays and many cycles of chemotherapy. “It took them a long time,” Liz says, “to figure out what worked best with Connor.”

Meanwhile, his sister, Callie, and his parents kept living life as normally as possible. “You have to take it one step at a time, day by day,” Liz says. Connor balanced his treatments and time in the hospital with school and friends. Looking back on it now, Connor says, “It was fun. The doctors at Hopkins were nice, and so were the nurses.”

He took full advantage of the hospital playroom and the activities offered by the Child Life staff members, who are dedicated to helping normalize the hospital experience for children like Connor. “Once,” he remembers, “they had turtle races.” He fondly remembers visiting with the pet therapy dog, having hot chocolate in the cafeteria and playing games.

“If you have to be a sick child,” Liz says, “Hopkins is a great place to be.” Over time, the Schludes became good friends with their doctors and nurses, many of whom have been working in pediatric oncology for decades. “It’s nice for the kids and families to see familiar faces,” Liz says. “You don’t have to explain everything over and over again. They know who you are, they’re happy to see you and you just get done what you need to get done.”

Ever since he turned 7, Connor has gone to Camp Sunrise, a special summer camp Johns Hopkins runs for children who have been treated in pediatric oncology. Some campers are actively receiving treatment, while others have been disease-free for years. “Sunrise is a great place for kids to go,” Liz says. “It’s amazing for parents too. It makes you realize as a parent that it’s OK to step back. It’s easy to get overly cautious and worried. Camp restores that balance.

Connor likes going to camp to see his friends who come back year after year, some from far away. “Camp gives me the chance to do things I wouldn’t otherwise get a chance to do,” he says, “like archery, the ropes course, the climbing wall and group barbecues.” Every year, the counselors organize activities based on a theme that the campers choose. “It’s fun to use your imagination,” Connor says, “to come up with something that’s never been done before.”

Connor is a rare child — and not only because of his experience with Rosai-Dorfman. He is warm, friendly, outgoing and wonderfully optimistic, ready to embrace everything life has to offer. With his generous spirit, he’s dedicated himself to helping others, raising money for pediatric oncology research and care. Now, his days are filled with school, friends, soccer, swimming and playing the trumpet. He hardly remembers anymore what it was like to be sick, and that, Liz and Patrick say with a smile, is just fine with them.