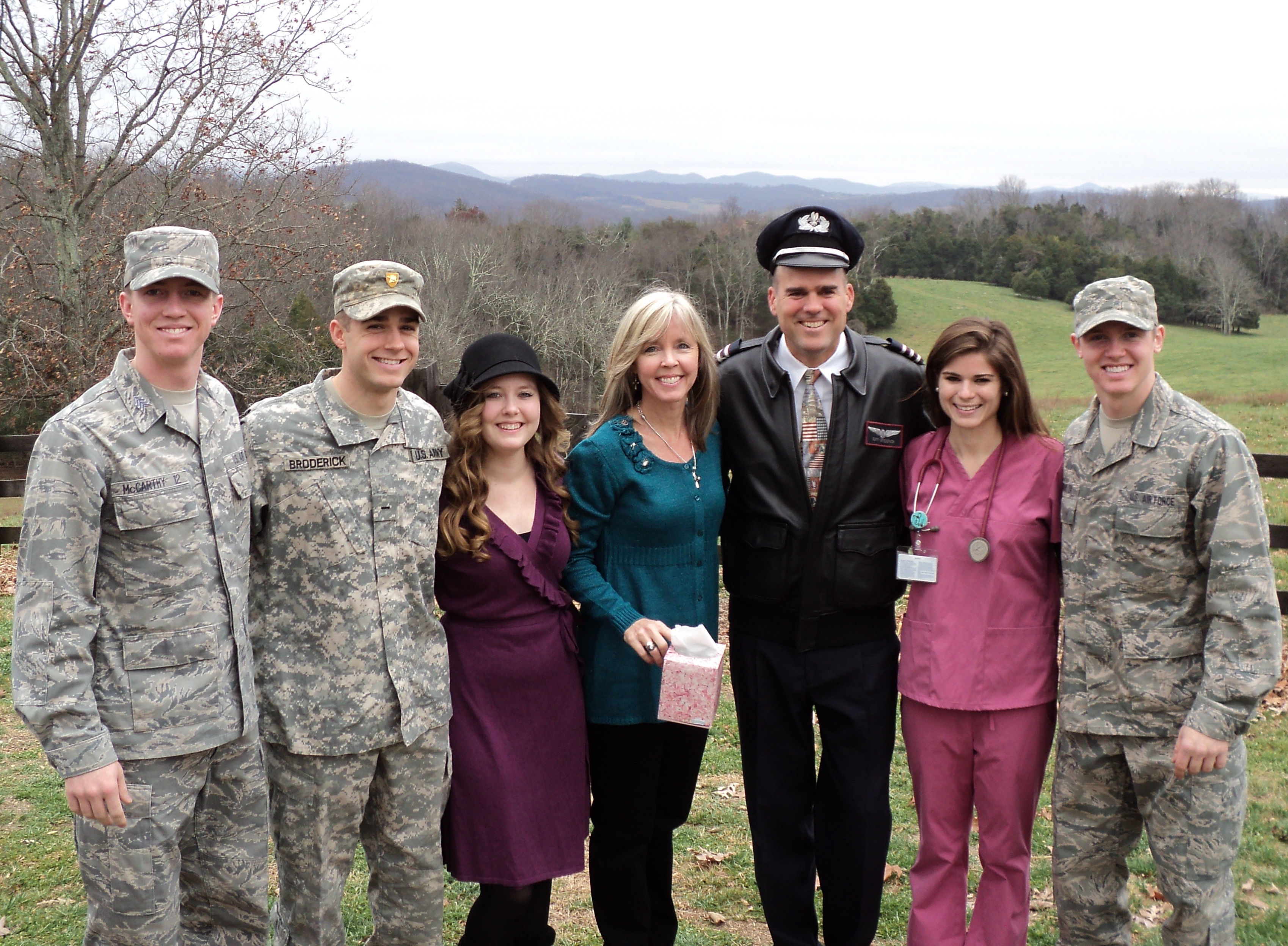 Terry (in the pilot’s cap) and his family pose for a group photo at a Thanksgiving gathering in 2010.

The way  commercial airline pilot Terry Broderick describes it, his life was at cruising altitude when he learned he had stage III colorectal cancer.

Terry, 52, was on the verge of buying an airplane so he and his wife could fly to visit their five grown children. But before getting a chance to sign the paperwork, he had a routine colonoscopy. Then came the diagnosis that grounded his plans.

After receiving his diagnosis of colorectal cancer, Terry remembered that he had been impressed with the treatment his daughter received at The Johns Hopkins Hospital for a lower gastrointestinal ailment a few years earlier. That was when he had first met colorectal surgeon  Jonathan Efron, M.D.

There was never any question about where I was going to go.

As a professional pilot, Terry was trained to deal with changing circumstances and to react in a way that achieves the best outcome. Terry decided that his best chance to beat colorectal cancer meant making the three-hour round-trip drive from his home in Virginia to be treated at Johns Hopkins.

“There was never any question about where I was going to go,” Terry recalls.

Terry’s colorectal cancer wasn’t the only challenge he faced. Soon after learning of the cancer in August 2015, Terry received a second life-threatening diagnosis: During a pre-surgery MRI, doctors discovered an aneurysm on the aortic artery in his chest.

In consultation with Terry’s cardiac surgeon, Efron recommended that they watch the aneurysm and treat the cancer first. This meant giving Terry chemotherapy and a radiation therapy called brachytherapy before undertaking a two-step sphincter-sparing surgical procedure that aims to prevent patients from having a permanent colostomy bag.

Johns Hopkins was the first in the United States to use a new form of brachytherapy in the treatment of colorectal cancer. Brachytherapy is a radiation technique that delivers the radiation directly to the site of the tumor. It reduces treatment time from five weeks to four days.

After the radiation therapy, Efron performed a sphincter-sparing procedure on Terry that involved removing the rectum and cancer and reattaching the colon to the anus with a temporary loop ilieostomy. This allows time for the bowel connection to heal. Then Terry had a second surgery to restore gastrointestinal function.

“In the last 10 or 15 years, we are a lot more aggressive at trying to prevent a permanent colostomy  because of the ability we have to give people therapy before surgery,” says Efron.

Terry is blunt about the grueling nature of his treatment, which included open-heart surgery to repair his aorta, but he is grateful to have come through it.

Terry is among the 20 percent of patients who complete colorectal cancer treatment with no cancer left, Efron says. Having the opportunity to help—and getting to know—people like Terry and his family is immensely satisfying, he says. 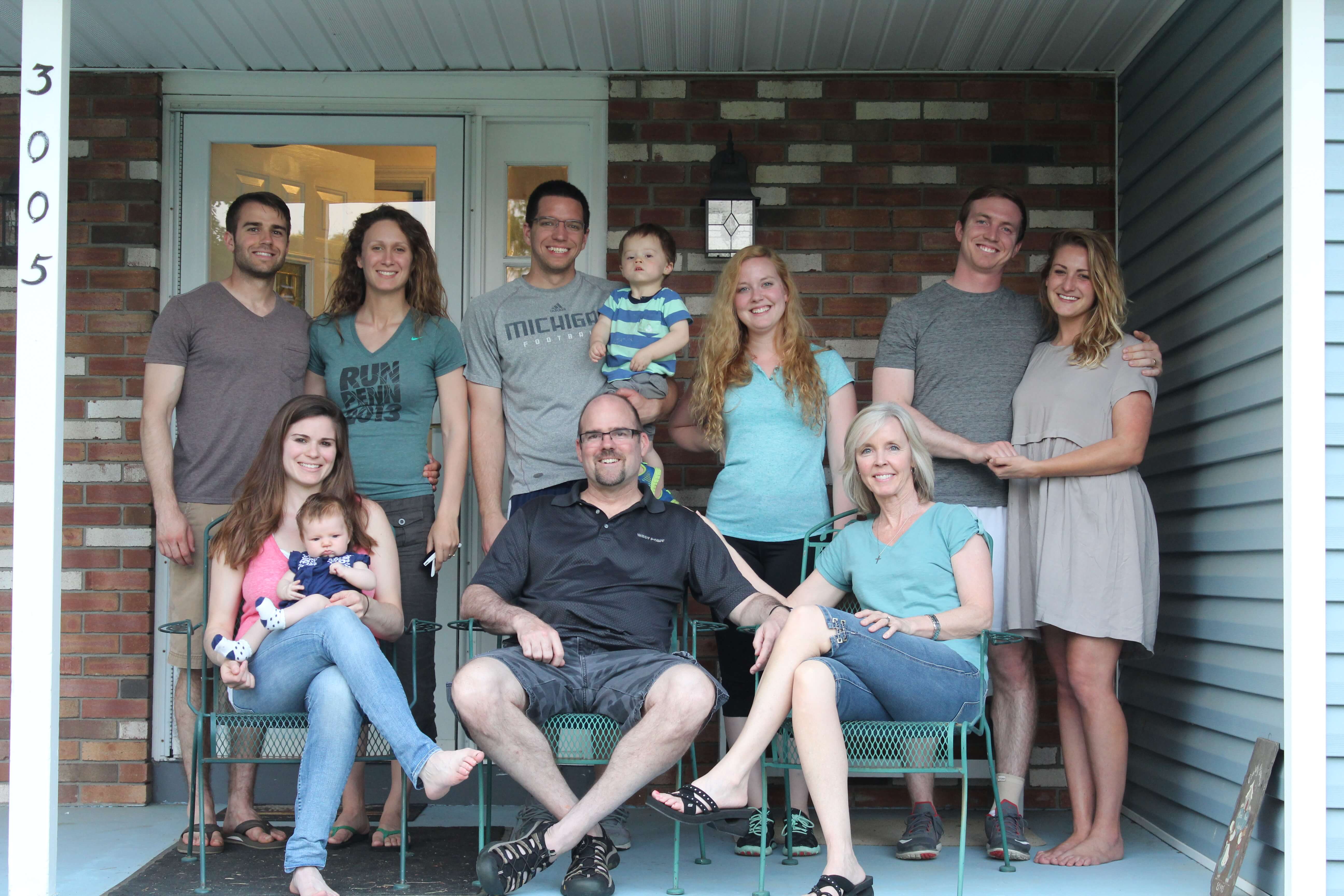 Terry (seated in the middle) and his family gathered in May 2016.

“It’s really the reason we do what we do,” says Efron. “There are all kinds of rewards that comewith treating patients, but for me, the greatest satisfaction is seeing people do well and continue to do well and hopefully be cured.”

After a year and a half, Terry says it’s nice to be able to focus on his future instead of his treatment. Eventually, he hopes to be cleared to resume flying commercial jets. And for the first time in two years, he and his wife, Patti, are planning an extended trip to to visit their five children and three grandchildren.

“I’m just now getting my bearing about what it is I want to do,” he says. “It’s pretty neat to be able to plan a couple of months ahead.”

The Johns Hopkins Colon Cancer Center is a multidisciplinary program offering comprehensive diagnostic testing and multidisciplinary care for patients diagnosed with cancer of the large bowel and those at high risk for developing cancer of the colon and rectum. Physicians from the departments of oncology, surgery, medicine and pathology, along with a team of specialized nurses, social workers and genetic counselors, are dedicated to the management and cure of colorectal cancer.

Colon cancer is among the most common types of cancer, while cancer of the rectum is diagnosed less frequently. When detected early, both colon and rectal cancer have high cure rates. The Johns Hopkins Colon Cancer Center offers a variety of colorectal cancer treatment options as well as information about  colon cancer prevention and screening.