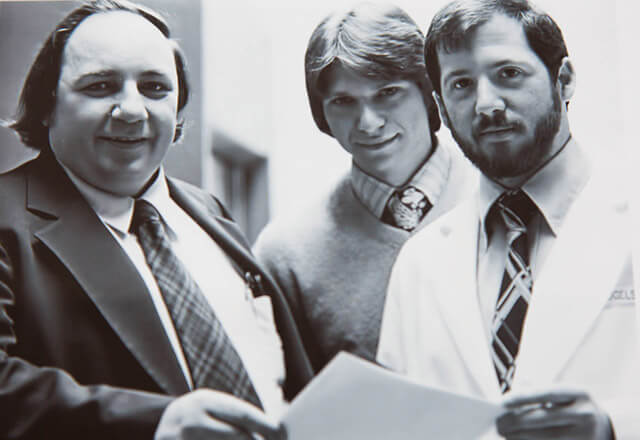 For nearly 30 years, researchers at Johns Hopkins have been leading the effort in pushing the field of cancer immunotherapy forward, beginning with the development of the first therapeutic cancer vaccine. Learn more about the discoveries that made possible the Bloomberg~Kimmel Institute for Cancer Immunotherapy.

On May 23, 2017, the FDA approved, for the first time, a drug for cancer based on disease genetics rather than type. Developed from 30 years of basic research at Johns Hopkins and its Bloomberg~Kimmel Institute, pembroluzimab now can be used for colon, pancreatic, stomach, ovarian and other cancers if genetic testing reveals defects in so-called mismatch repair genes. Read more.

On March 29, 2016, at a ceremony featuring Vice President Joe Biden, Michael R. Bloomberg and more than a dozen additional supporters, Johns Hopkins announced a $125 million philanthropic investment to establish the Bloomberg~Kimmel Institute for Cancer Immunotherapy. The Institute, which embraces the vice president’s “moonshot” initiative to cure cancer, is focused on the development of promising therapies that unleash the power of patients’ natural defense — their immune system — to seek out and eradicate cancer. Learn more about the launch of the Institute.

Johns Hopkins announces a $125 million philanthropic investment that will establish the Bloomberg~Kimmel Institute for Cancer Immunotherapy. The Institute will focus on the development of promising therapies that unleash the power of patients’ natural defense—their immune system—to seek out and eradicate cancer. 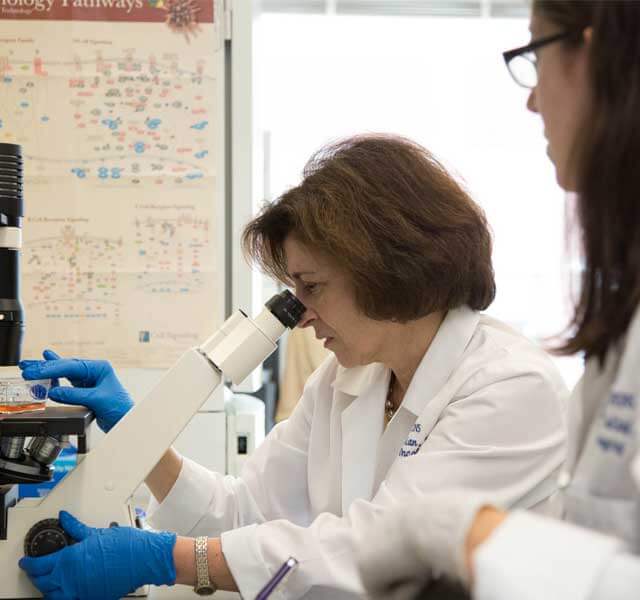 In a report of a proof-of-principle study of patients with colon and other cancers for whom standard therapies failed, researchers at the Johns Hopkins Kimmel Cancer Center say that mistakes in so-called mismatch repair genes, first identified by Johns Hopkins and other scientists two decades ago, may accurately predict who will respond to certain immunotherapy drugs known as PD-1 inhibitors. Such drugs aim to disarm systems developed by cancer cells to evade detection and destruction by immune system cells. Results of the trial with pembrolizumab, marketed as Keytruda, were presented at the American Society of Clinical Oncology 2015 Annual Meeting and published online May 30 by the New England Journal of Medicine.

In a head-to-head clinical trial comparing standard chemotherapy with the immunotherapy drug nivolumab, researchers found that people with squamous-non-small cell lung cancer who received nivolumab lived, on average, 3.2 months longer than those receiving chemotherapy. Squamous non-small cell lung cancer accounts for 25 to 30 percent of all lung malignancies. Results of the trial, reported in the May 31 issue of the New England Journal of Medicine and presented at the American Society for Clinical Oncology 2015 annual meeting, also showed that after a year, the nivolumab group had nearly double the survival rate (42 percent) of the chemotherapy patients (24 percent). 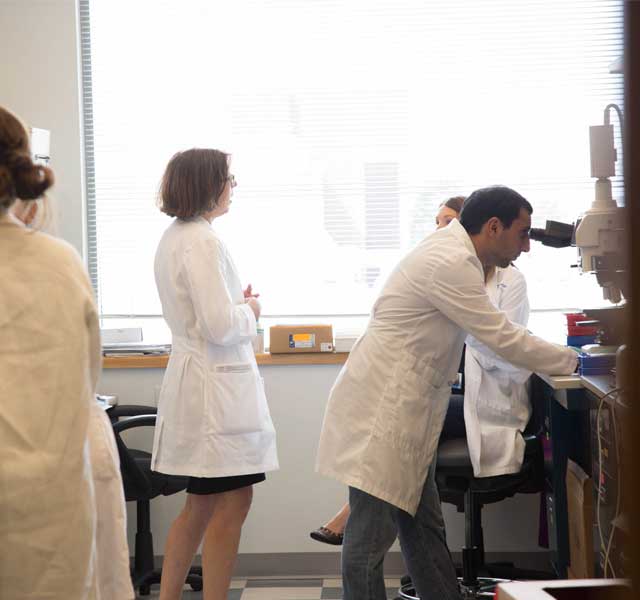 Working with human cancer cell lines and mice, researchers at the Johns Hopkins Kimmel Cancer Center and elsewhere have found a way to trigger a type of immune system “virus alert” that may one day boost cancer patients’ response to immunotherapy drugs. In a report on the work published in the Aug. 27 issue of Cell, the Johns Hopkins-led research team says it has found a core group of genes related to both a viral defense warning system and susceptibility to a demethylating drug called 5-azacytidine that chemically alters their ability to operate through a process called demethylation. 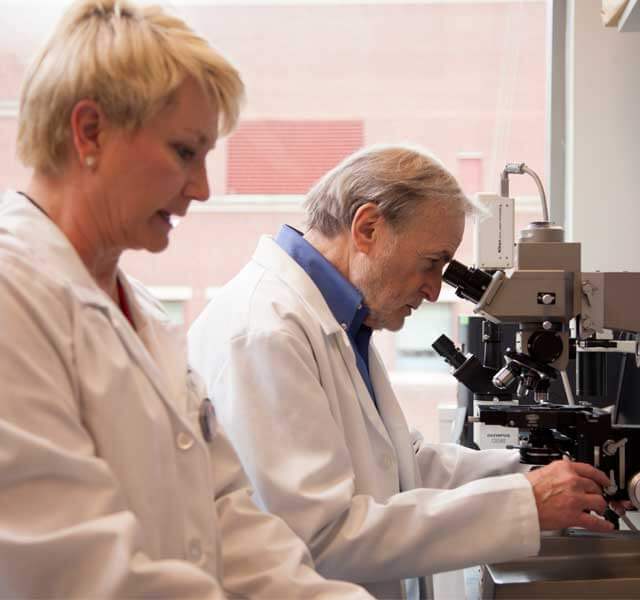 A triple therapy for glioblastoma, including two types of immunotherapy and targeted radiation, significantly prolonged the survival of mice with these brain cancers, according to a report by scientists at the Johns Hopkins Kimmel Cancer Center, described in the July 11 issue of PLOS One. Mice with implanted, mouse-derived glioblastoma cells lived an average of 67 days after the triple therapy, compared with mice that lasted 24 days when they received only the two immunotherapies. Half of the mice who received the triple therapy lived 100 days or more and were protected against further tumors when new cancer cells were re-injected under the animals’ skins.

Researchers at the Johns Hopkins Kimmel Cancer Center developed and tested a vaccine that triggered the growth of immune cell nodules within pancreatic tumors, essentially reprogramming these intractable cancers and potentially making them vulnerable to immune-based therapies. Their study was described in the June 18 issue of Cancer Immunology Research.

The experimental drug nivolumab, aimed at restoring the immune system's ability to spot and attack cancer, halted cancer progression or shrank tumors in patients with advanced melanoma, according to a multisite, early-phase clinical trial at Johns Hopkins Kimmel Cancer Center and 11 other institutions. All patients had experienced disease progression despite prior systemic therapies, and most had received two or more prior treatments. Results of the study were published March 3 in the Journal of Clinical Oncology.

Johns Hopkins Kimmel Cancer Center researchers test a combination of the GVAX vaccine with a second one that contains a modified version of the bacterium listeria in 90 pancreatic cancer patients. Results of the vaccine combination were presented at the 2014 Gastrointestinal Cancers Symposium and published in the Journal of Clinical Oncology. 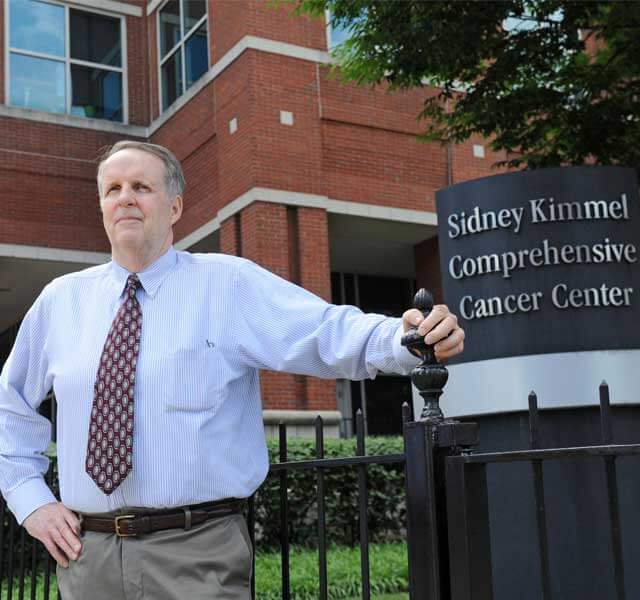 I feel like this is about more than just me. Immune therapy saved my life, and I want to bring this message of hope to others. I know how fortunate I was to have this wonderful team of doctors and nurses at Johns Hopkins. They are my heroes.

Johns Hopkins and Yale scientists found that melanoma cells use a cloaking protein to hide from immune cells poised to attack the cancer. Nearly 40 percent of their sampling of melanoma tissues contained the B7-H1 protein, also called PD-L1, and scientists say it could be used as a target for new therapies. The study was published March 28 in Science Translational Medicine.

Two clinical trials, led by Johns Hopkins Kimmel Cancer Center researchers in collaboration with other medical centers, tested experimental drugs aimed at restoring the immune system’s ability to spot and attack cancer, showed promising early results in patients with advanced non-small cell lung cancer, melanoma, and kidney cancer. Results of the Phase I clinical trials of more than 500 patients were published June 2 in the New England Journal of Medicine and presented at the 2012 American Society of Clinical Oncology Annual Meeting (Abstracts #2509 and #2510). One of the drugs, now known as Bristol Myers Squibb’s nivolumab (Opdivo), was approved by the U.S. Food and Drug Administration in 2014, initially for melanoma, then for non-squamous and squamous non-small cell lung cancer and renal cell cancer. 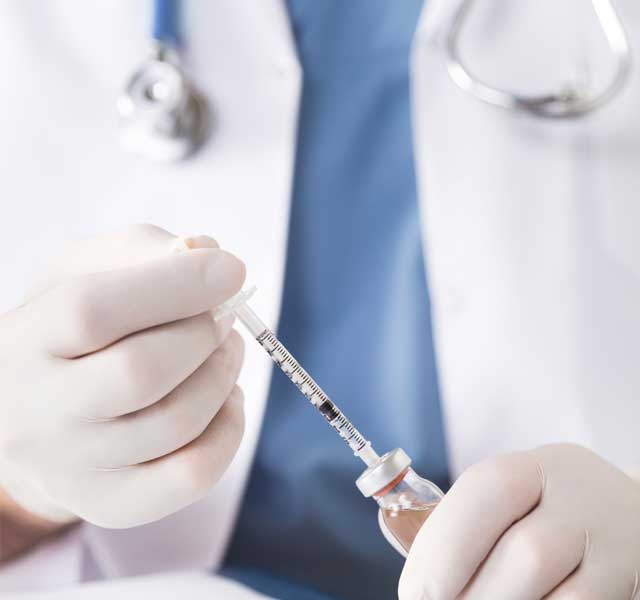 Johns Hopkins Kimmel Cancer Center scientists led an early clinical trial of the experimental checkpoint blockade-targeting drug MDX-1106, which would become Bristol Myers Squibb’s nivolumab (Opdivo), tested for the first time in 39 patients at several institutions including Johns Hopkins. Results of the trial were published June 1 in the Journal of Clinical Oncology. 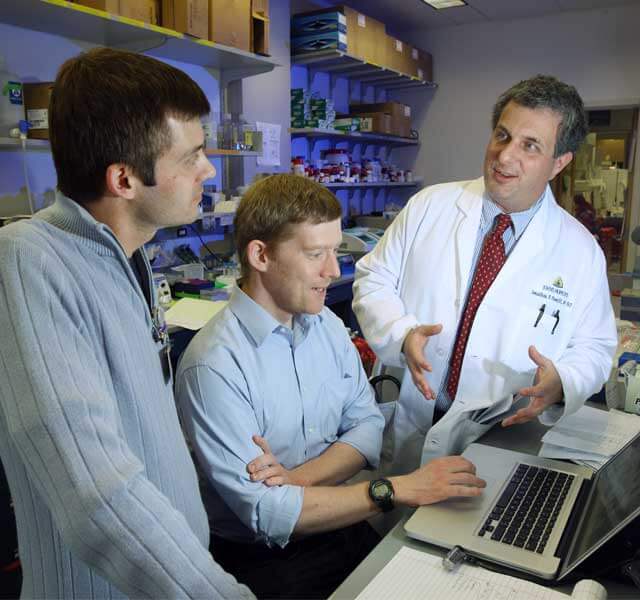 Johns Hopkins Kimmel Cancer Center researchers reported that three years into a study of the GVAX vaccine in 60 patients with pancreatic cancer, the average survival time was 26.8 months and disease free survival was 18.8 months. The results were presented at the 2007 Gastrointestinal Cancers Symposium (abstract 106).

Johns Hopkins Kimmel Cancer Center researchers are encouraged by early results of a treatment vaccine for pancreatic cancer, now known as GVAX. At about two years into a study of 60 patients, the researchers reported that 88 percent survived one year and 76 percent are alive after two years. At the time, most studies showed pancreatic cancer survival rates at about 63 percent one year after diagnosis and 42 percent at two years. 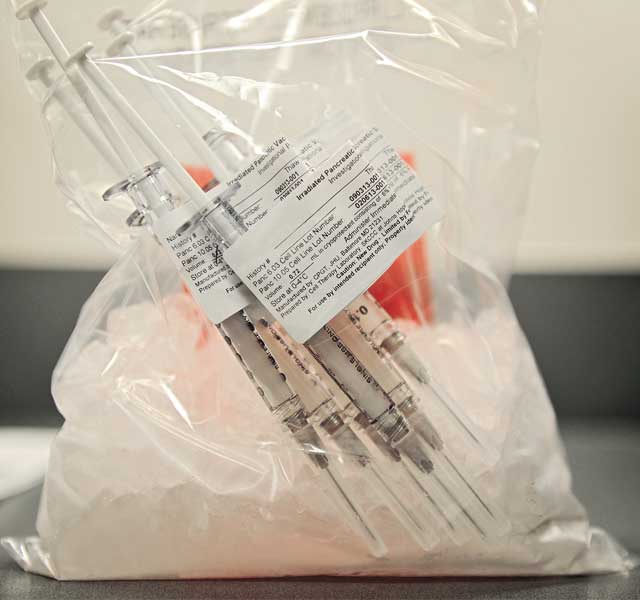 Johns Hopkins Kimmel Cancer Center researchers conducted an early clinical trial of a pancreatic cancer vaccine, showing its safety and success in reaching immune system cells. A report on the findings was published in the Journal of Clinical Oncology. The vaccine, now known as GVAX, was tested on 14 patients, and uses lab-grown pancreatic cancer cells genetically-modified with the immune-boosting gene GM-CSF. Researchers found that several parts of the immune system were activated in three patients who got the highest doses. At the time, those patients remained disease-free more than 30 months after diagnosis. The other 11 patients showed no significant immune response. 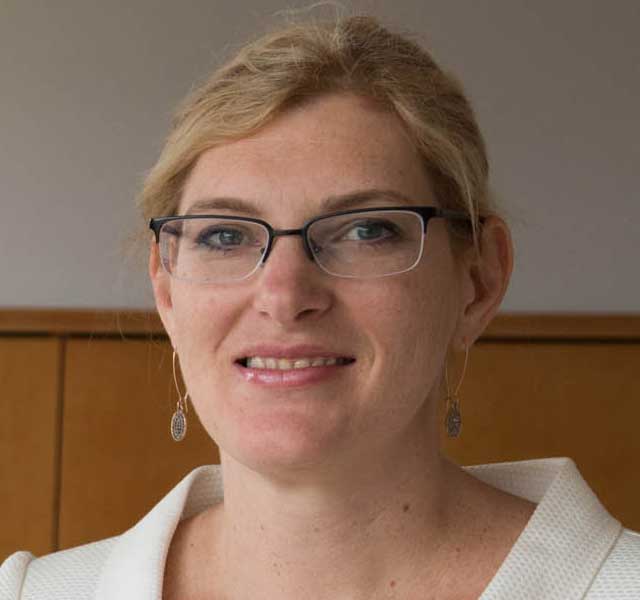 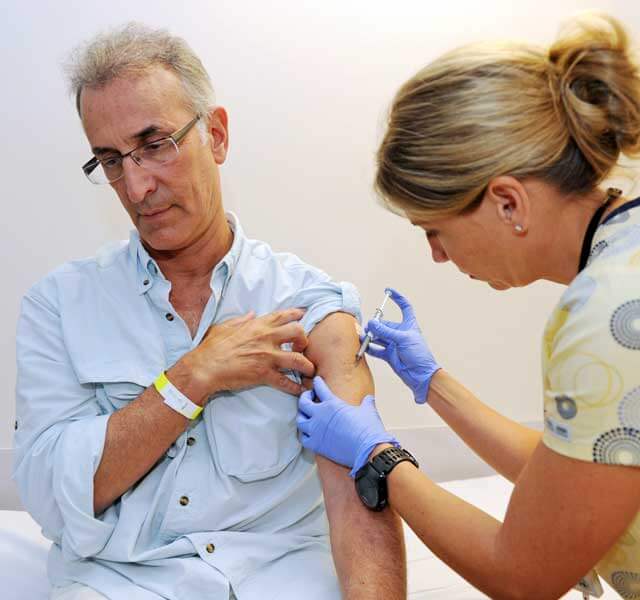 Johns Hopkins clearly had the most immunotherapy experience. It was evident they had been doing this longer than anybody.